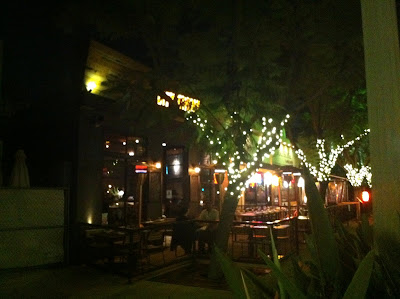 City Tavern is one of many new bars in Culver City that opened in the past year. The area is really becoming a great spot for a night out. The bar is owned by the same owners of neighbouring bar Rush Street, and you can tell the similarities in decor. High ceilings, dark wood furnishing, and a casual yet modern feel to the space. 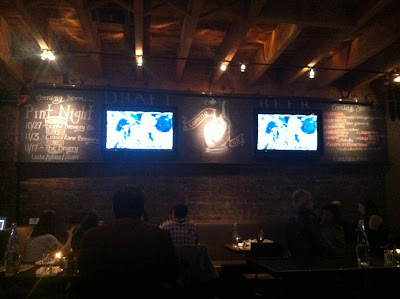 City Tavern has a great selection of craft beers. If you are lucky, you can grab seats in the booths that are hooked up to your own beer tap. 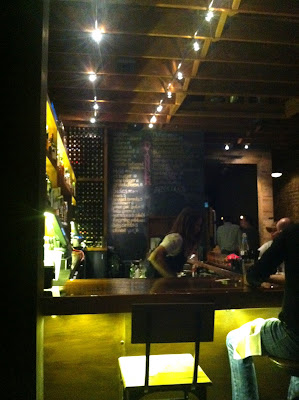 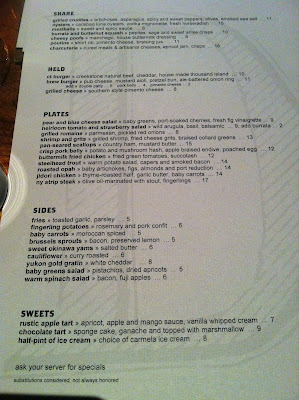 The menu is your typical gastropubby comfort fare, with selections such as charcuterie, oysters, poutine, burgers and shrimp & grits. 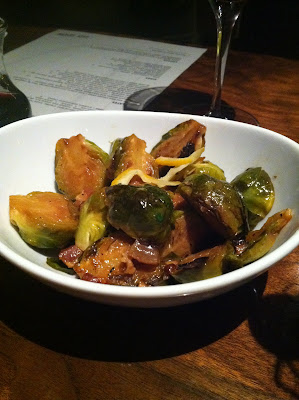 Brussels sprouts with bacon and preserved lemon
The side of Brussels sprouts was delicious. The slightly charred vegetables gave off a sweetness, and were mixed with citrus and smoked bacon. It was a good combination of flavors. 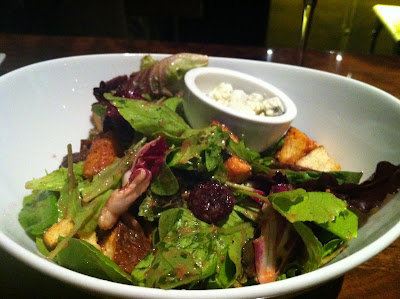 I never order salads but the waiter recommended this. The pear salad was from the specials menu. I liked the salad because it was simple, fresh yet tasty. The sliced pear was sweet and soft. You could tell that they used real fresh fruit here. The dressed salad was topped with mild blue cheese crumbles and buttered fried pretzel crouton which was a nice touch. Wish I could buy a bag of those croutons. 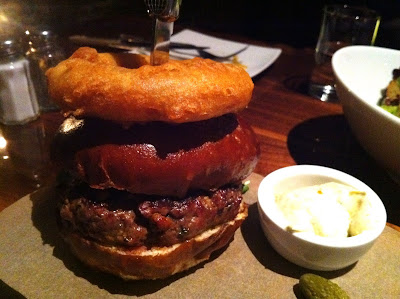 Brew burger with pub cheese, mustard aioli, ale battered onion ring served on a pretzel bread
The burger sounded great on the menu but stumbled a bit on the execution. The patty was juicy but lacking in seasoning. Thanks to the cheese which added some saltiness to the burger. The onion rings also lacked seasoning but I did like the breading which was airy and not oily. 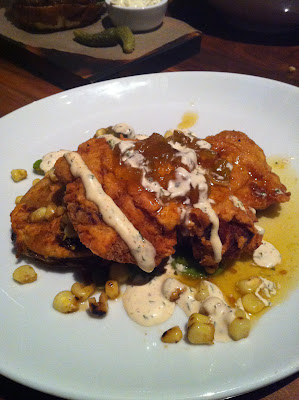 City Tavern is a good addition to the neighborhood. Love the decor and beer selection. The prices are also reasonable, with entrees hovering in the low teens. Even though there were some misses (under seasoned patty and onion rings), the place has a lot of potential. There were so many items on the menu that I'd like to try - and that's a great sign.