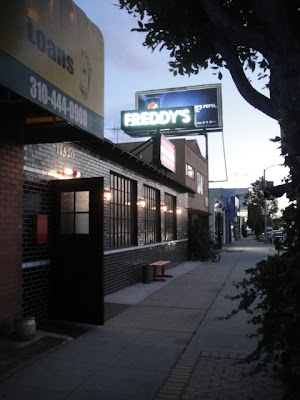 Freddy Smalls Bar & Kitchen opened up in West LA a few months ago, and boy what a treat it is to have another restaurant bar in the area. The space was previously home to El Sarape, a Mexican restaurant, but you would not be able to find much similarities. The restaurant has tiled walls and a sort of classic old fashioned feel to it. 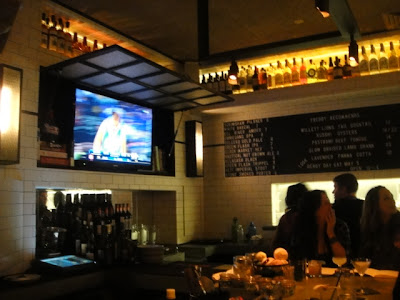 It's no surprise that the place was bustling at 7.30pm. The restaurant doesn't take reservations and the space is cozy - there is seating at the bar, some high tables and booths. 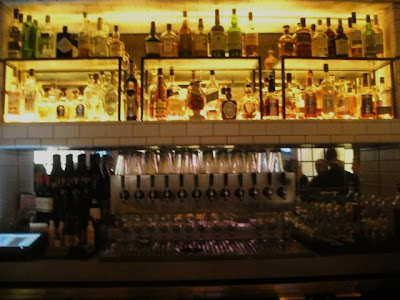 After standing around for about 15 minutes, a spot opened up at the bar and we swooped in. The bartenders were real friendly and chatty. 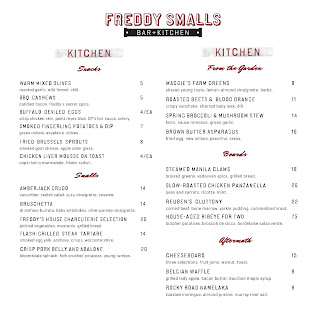 The menu comprises of small plates which are great for sharing, and some larger entrees. They also have a couple specials on the board. 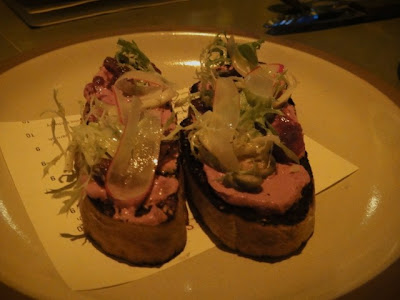 Chicken liver mousse is sold per piece at $4 each. Each crostini was slathered with silky liver and topped with caper berry marmalade, frisee and pickled radish. The marmalade added a fruity sweetness to the intense liver. Rather tasty but I think $4 is kind of pricey for each crostini. 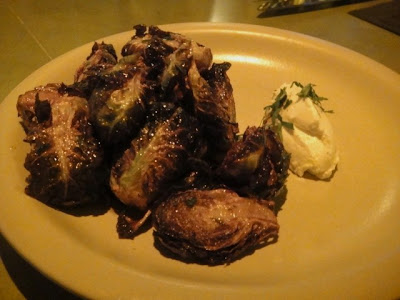 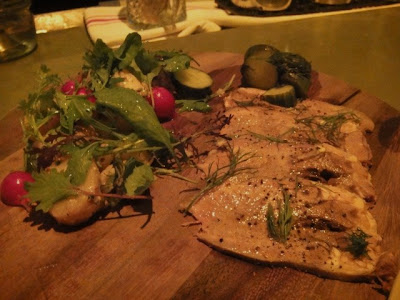 Beef tongue with potatoes, turnips with sherry vinaigrette mustard
This dish was listed on the specials board. The tongue was tender and had a fatty texture that kind of dissolved in my mouth. It had a smokey taste, almost like cured ham, and texture similar to mortadella. The sprinkle of pepper gave the tongue slices a bite. I enjoyed this dish and thought it was unique.

Freddy Smalls is just the type of place that I can't wait to return to. I like the small neighborhood feel to it - it's lively and trendy yet feels like the kind of place that you could just stop in for a drink or share a bite with friends. The menu looks great with other items I'd like to try, such as the charcuterie, pork belly & abalone and corned beef with bone marrow.