An Day in Pasadena: Haven Gastropub and 2012 Breeder's Cup 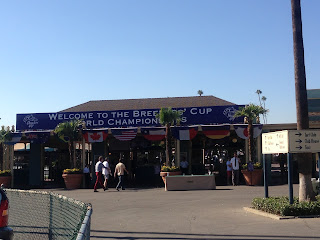 The Breeder's Cup (horse racing) is held annually, with the venue changing almost every year. In the last two years, it was held at Churchill Downs, home to the Kentucky Derby, but this year and next, it is held in Santa Anita Park in Arcadia, California. Since it is somewhat in our backyard, we made the trek to the San Gabriel area for the race. 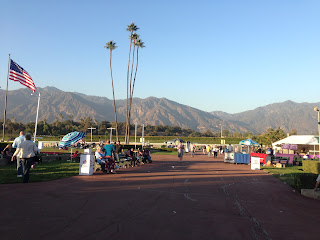 The race park sits at the foothill of the San Gabriel mountains, providing a beautiful backdrop. 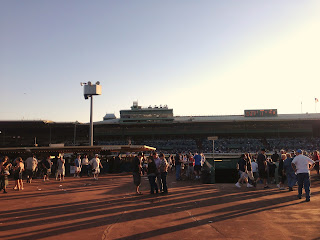 You can get seats in the Grandstand (where there were attendees wearing dresses and fine hats) or you can get General Admission tickets for only $20 in the Infield (or the cheap seats as they are called). There is beer, wine, liquor and food sold in the infield but the booze quickly sold out. Pretty poor management on the organizers part, I must say.

I am not much of a gambler, but it seemed low risk as you can make bets for as little as $1. The fiance really did the betting for me but out of 6 races that I bet exacta on (based on "cute" horse names), I won half of them, essentially winning around $150 from a total of $36 in bets. Pretty fun stuff. 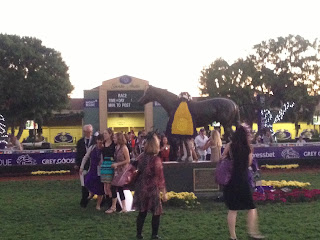 Before the race started, we stopped by our friend's place in Pasadena for some light snacks. 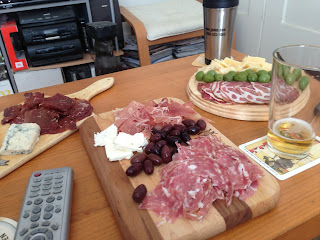 A selection of cured meat from a Pasadena neighborhood gem, Roma Italian Deli. Beef brescola, prosciutto, Italian salumi and coppa. Also served with gorgonzola, brie, Italian parmigiano and olives. The cured meat was outstanding, fresh. Apparently Roma Deli has been owned by the same Italian gentleman for over half a century, and he is great at giving recommendations if you need any. 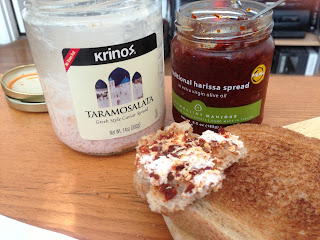 My (Bulgarian) friend also introduced us to a interesting combination of Greek-styled caviar spread (caviar and cream) and a spicy Harissa spread. Loved the combination of cream, salty fish roe and the kick from the harissa spread which tasted like a slight relative of sambal chili.

After the races (and finally able to catch a cab after 2 hours), we met up with friends at Haven Gastropub in Old Town Pasadena. The gastropub first opened in Orange County and made its way to Pasadena late last year. 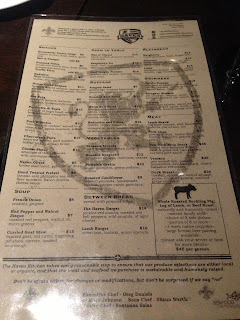 Haven has over 40 craft beers and tap and many in bottle. 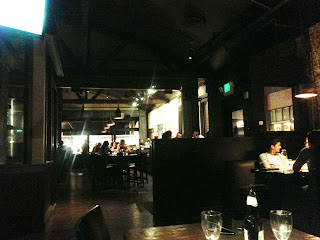 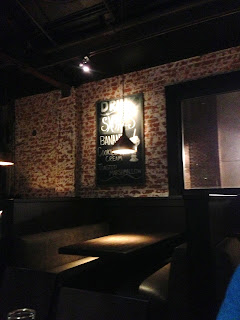 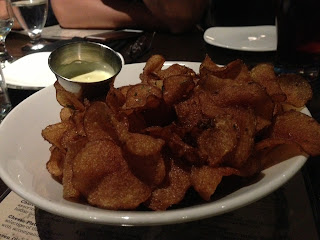 Homemade potato chips ~  A nice starter. I really enjoyed the garlic aioli dipping sauce. The chips were supposedly soaked in beer but they didn't taste any different. Not a big deal as they still tasted good as they were not too oily and had just the right amount of seasoning. 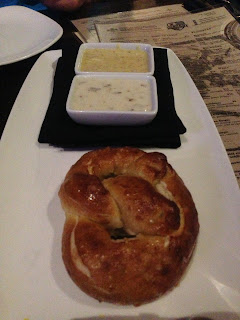 Hand twisted pretzel ~ I am a huge pretzel fiend and always have to order it when it's on the menu. Unfortunately, this pretzel did not impress me. Yes it looked very promising, but it was a bit on the doughy side and a bit dense. The bacon fontina cheese had nice chunks of bacon to it but probably needed just a sprinkle of salt. The beer mustard sauce however was the favorite at the table. Sweet, tangy with a spice. 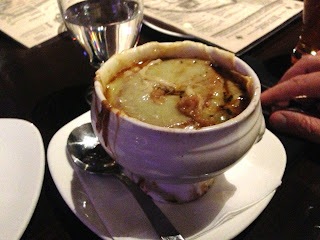 French onion soup ~  we really enjoyed this soup from the flavorful yet on overbearingly salty broth, to the melted gruyere atop a crostini. It just really hit the spot. 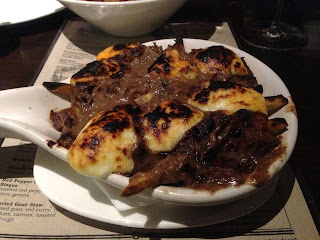 Beef tongue poutine ~ I really enjoyed this dish. What's there not to like? French fries (which still had a bit of a crunch under the topping), braised beef tongue which didn't really even taste like tongue or had the tough texture of tongue. In fact, the shredded meat was tender and had good salty flavors to it. The fries and meat were topped with round pieces of port salut which is a mild goat cheese. I liked that it wasn't completely melted and overly gooey, and had a nice caramelization on top. 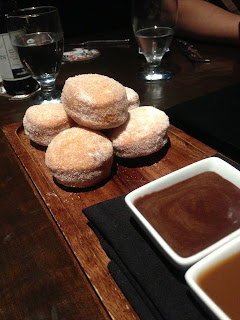 Homemamde donuts ~ The donuts here were pretty good (fresh, soft and large in size). The nutella sauce was a favorite, however the Jameson caramel sauce was a bit too strong for everyone.

I really enjoyed my meal at Haven. Sometimes it's hard to find a place that satisfies the fiance (BEER, and casual setting) and mine (good food and blogworthy) so I thought Haven did a good job of balancing that out. Unfortunately we were not too hunger and as such, only ordered a couple appetizers to share. However based on what we tried, I can only imagine good things about the other dishes. Some that caught my eye were the porchetta, pork rillette and the whole roasted suckling pig dinner with 3 sides for only $45/person. Sounds like a delicious pork feast.