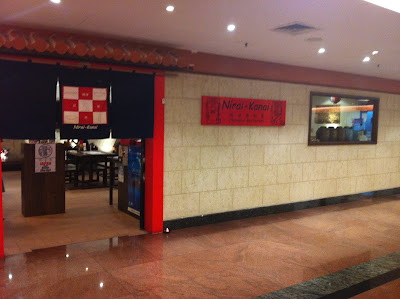 I met up with a few old friends from middle school in Singapore. We decided to try an Okinawan restaurant in Tanglin Shopping Center. It's located in a pretty ghetto building that smells of moth balls, not to be mistaken for Tanglin Mall, a much newer shopping mall. 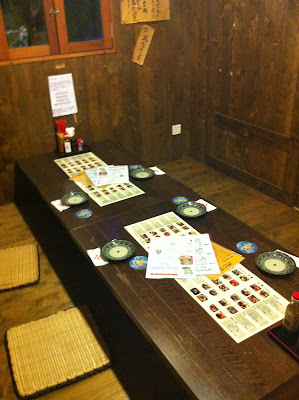 There were four of us so we were seated in the private tatami room.

The food are served small-plates style, with both popular Japanese dishes as well as Okinawan specialties. The menu is huge, sort of in the vein of Cheesecake Factory. There were lots of stir fried and stewed dishes. They also had a special menu focusing on kurobuta (black pig) dishes. 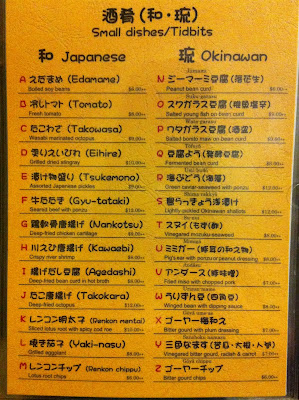 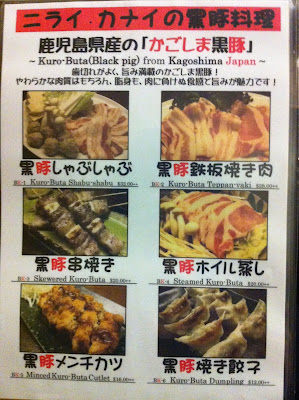 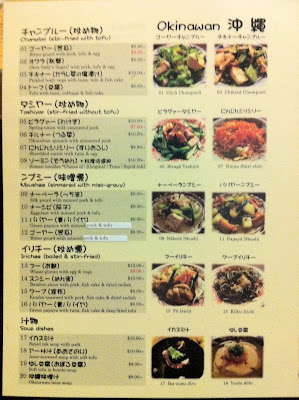 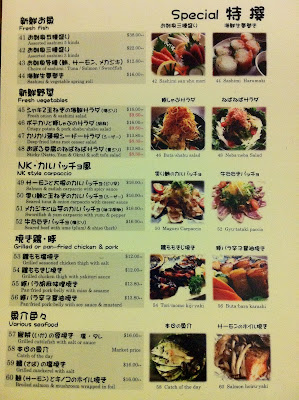 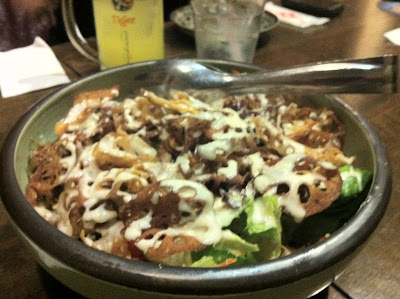 I don't usually like to order salads but the lotus salad was surprisingly so good that we ordered two of these. It was almost like a Caesar salad, with fresh creamy homemade dressing (you could see specks of raw egg yolk) and mayo. The lotus roots were sliced thin and deep fried. They were crunchy and very delicious. 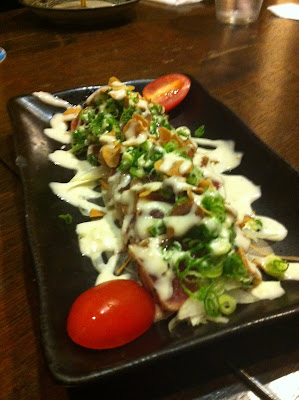 Tuna Carpaccio was thicker than what I expected from a carpaccio. They were much like sashimi slices. The fish was fresh and nicely seared. The tuna was topped with Japanese mayo. 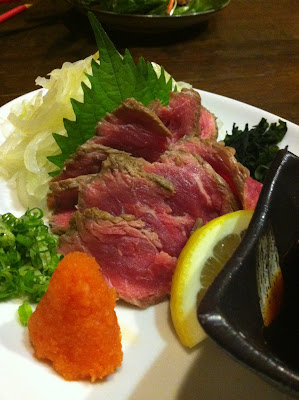 The beef takaki was fresh and soft. I really liked the texture of the beef. The dish was served with a salty dipping sauce. 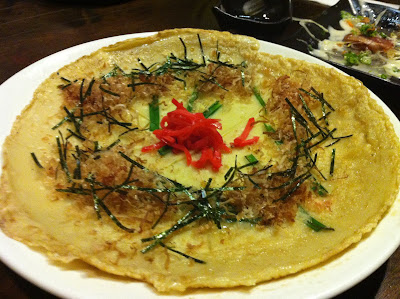 The Okinawan Pancake was just ok. It was thin and tasted like a crepe, but it was lacking in flavor. It definitely needed the dipping sauce. I also thought that the bonito flakes had a strong fishy smell that was rather repulsive. 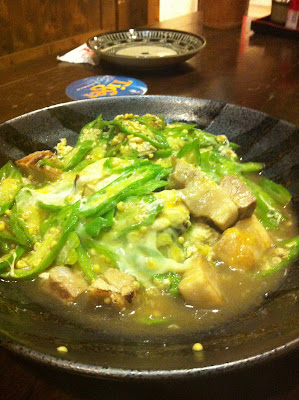 Lady finger with tofu and pancetta. The okra was rather slimy so it's not for everyone, but I couldn't stop myself from eating it. I really enjoyed the texture. 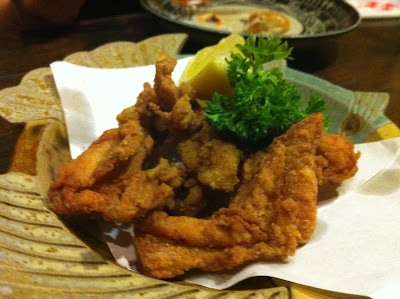 Chicken Cartilage was crunchy and not greasy. They were served in pretty large pieces. I liked that it was seasoned appropriately. 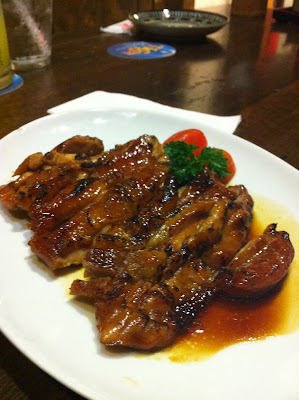 Chicken teriyaki was pretty standard but I was glad that the thigh meat was juicy and not dry. 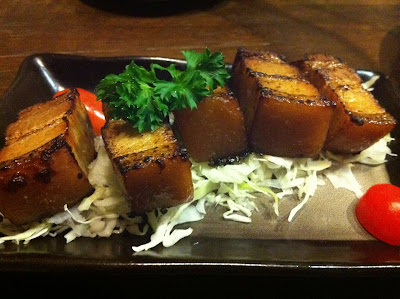 This pork belly is their signature dish. It was pan fried and had layers of fatty and tender meat. The meat had a very distinct porky flavor and topped with crispy skin.

It was Ladies Night on Mondays so it was 30% off drinks of parties of all women. I really liked being able to share and sample various dishes. The pork belly and cartilage were my favorites, but everything (apart from the pancake) were also very good.