The main purpose of our Asia trip was to visit Laos. Since we only took 6 days off from work and was already planning to spend half our trip in Singapore, we could only visit one Lao city. Vientiane is the capital of Laos and was our pick. It's a really laid back city, none of the hoards of motorcycles of HCM City or the upscale touristy beach resorts in Thailand. The prices here were great! 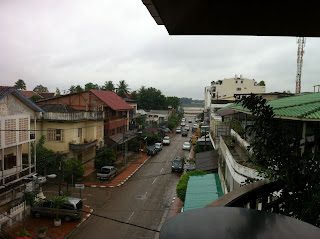 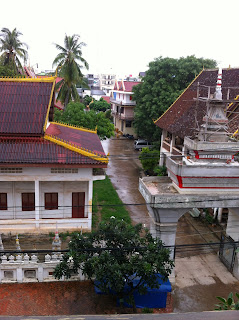 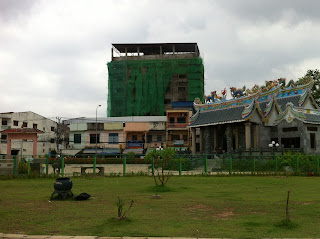 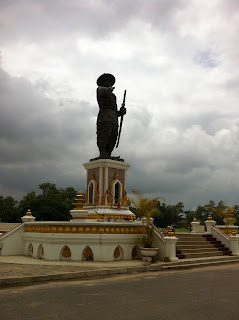 There aren’t much touristy sites in Vientiane- you mainly go there to chill out, relax and soak in a lovely country that is still fairly untouched by tourism and less commercialized than to its neighboring countries.

I recommend that you just walk around the night market, hop on a tuk tuk for a tour around the city or grab some seats at rooftop restaurant/bars such as Bor Pen Nang or Salana Hotel. 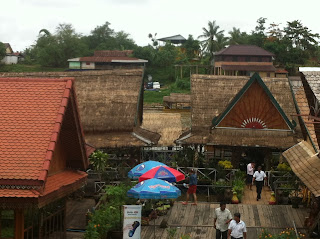 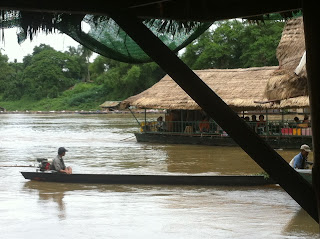 We also got a tuk tuk to drive 45 minutes away to floating restaurant on the river. I recommend it if you find that you would like to do and see more apart from the city.

Our hotel in Vientiane was the Salana Boutique Hotel, which I believe is one of the best hotels in the city as it is new and also centrally located just a few blocks from the river. 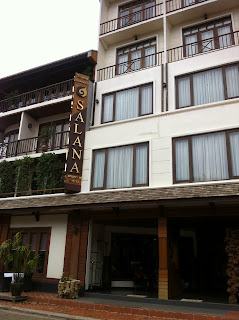 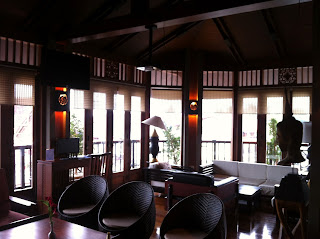 Now, on to the FOOD! I really enjoyed the breakfast buffet at the Salana, that was inclusive in the room price. 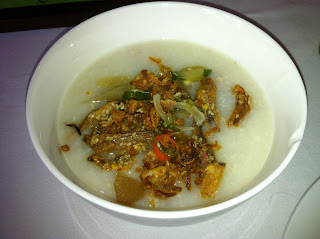 Pork porridge with spicy chili, fried anchovies, pickled radishes. This was my favorite part of the breakfast and some mornings, I had two servings. Love the crunch of the anchovies and the sour/spicy combination of the radishes. 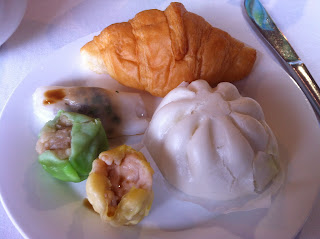 Small selection of dim sum and some western picks including croissants.
They also had made to order eggs, pancakes, waffles and French toast.

After breakfast, we ventured out for more food! 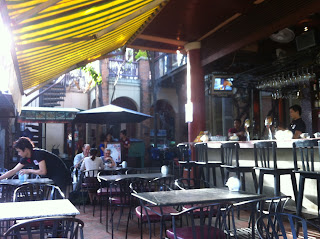 Khop Chai Deu is a a fairly popular place, located in the Inthira Hotel, and has a courtyard and balcony seatingarea. 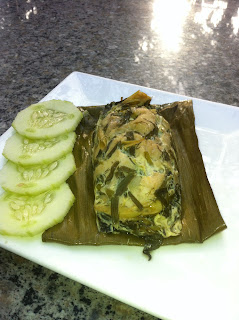 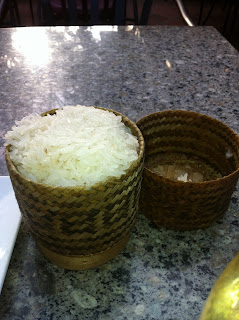 Sticky rice is a popular staple, and was a good pairing for the mok pa. 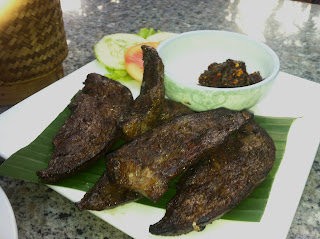 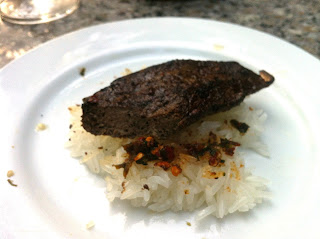 Grilled liver was served with a very spicy grounded chili mixture - you can see those sneaky chili seeds. The waiter advised us to use it sparingly but even a little bit packed a lot of heat. I really enjoyed the well seasoned, simply grilled liver with the sticky rice and a smattering of chili.

Apart from restaurants, there was also abundant street food. On many streets, you can find vendors grilling up skewers, preparing noodles and local fried river fish. 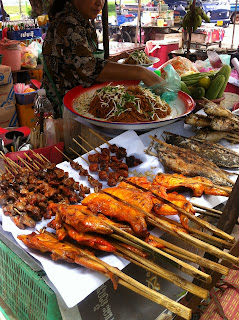 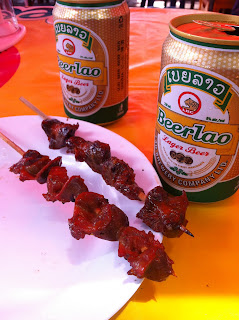 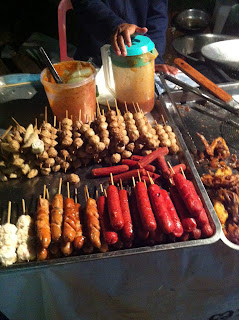 Assortment of grilled Lao sausages and fish balls, served with a spicy sauce. 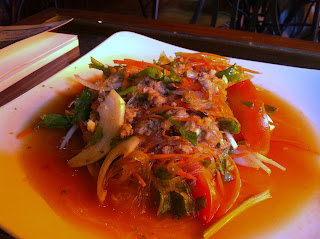 We stumbled upon Full Moon Cafe because it has A/C and I was dying from the sweltering heat and humidity. We ordered a traditional Lao dish - Spicy laarb with vermicelli noodles, ground meat and vegetables. We have been all over Asia but this was by far the spiciest dish we have had in years. 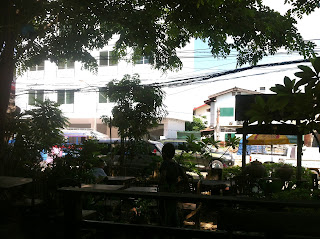 One of our favorite spots (which we went to twice a day) was Ban Lao, a beer garden. 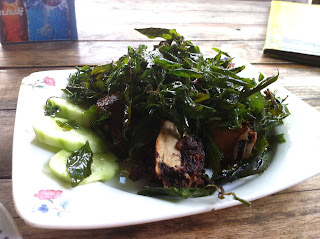 We ordered the spareribs with deep fried spinach hen we were at Ban Lao. Not what I had hoped. I thought it would be deep fried spare riblets but it was actually pan fried. 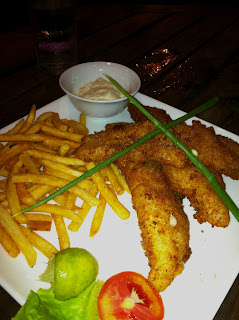 Even though the SO is very adventurous and loves trying different cuisines, he was dying for some western food so we compromised- Beer Lao battered Fish & Chips from a restaurant called Sticky Fingers (love the name!). I liked the crispy yet fine texture of the breading, which had good seasoning to it too.

Overall, I feel that the Lao cuisine is a blend of flavors from its neighbors Thailand, Vietnam and Cambodia. Vientiane is fairly small so we found ourselves hitting up some of the same restaurants/bar when we were there. Additionally, there is not an obvious restaurant/bar row so essentially, you will have to walk up and down various streets in search of food/drinks. But that's actually a good thing - it only means that Laos is still such a hidden gem.