Scenes from Shanghai ~ a 24h layover

Even though I grew up in Asia and am Chinese by race, I have never travelled to China or even had the desire to visit. It was really through the nudging of the SO that I started to gain more interest in the country - he did a semester abroad in Beijing for law school and really enjoyed his time there. As such, when we booked our Asia flights, we made it a point to plan for a 24h layover in Shanghai. By the way, if you fly into Shanghai (Shanghai only, not Beijing etc), you can enter the country with a visa-on-arrival. Just go to the immigration guy and he will direct you to another window. This is important information as we were getting inconsistent information from the Visa website and airline representative (the latter being wrong!). Of course, always check back on the Visa website before you travel as requirements may change.

Unfortunately our stay in the city was short but thankfully we had some expat friends who just moved to Shanghai and were excited to show us around around time for just one night. 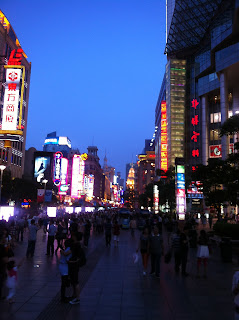 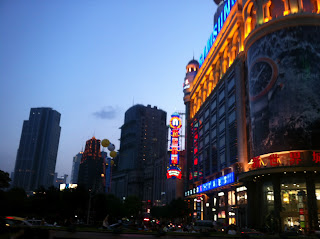 Nanjing Road is a long pedestrian road packed with lots of shops. Some compare it to a mini Times Square because of all the lights and action. 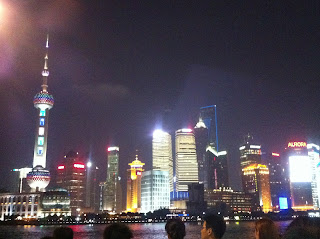 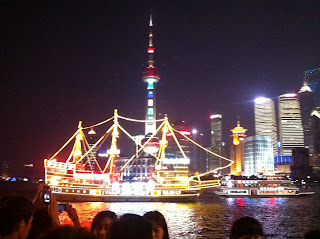 Across the river is a great view of the Pudong, just east of the Huangpu River. I guess you could call it the new city, as opposed to the historical part on the opposite side of the river – In any case, this is a great spot for a photo op. 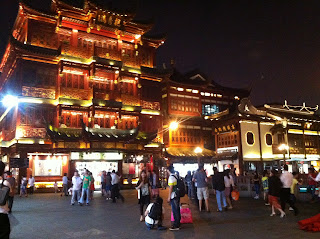 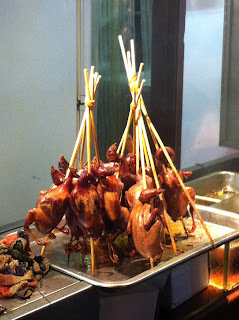 Yuu Garden is a large garden in the middle of the city, with ponds, rockery, and my personal favorite, the cute little bazaar of narrow corridors that houses shops and food stalls such as the famous soup dumplings/XLB. The quail on a stick caught my eye, unfortunately I wished we hadn’t eaten at Din Tai Fung as I would have preferred to get this type of food instead of dining in a (chain) restaurant.
The next day, we took a walk around the hotel area in the French Concession area. 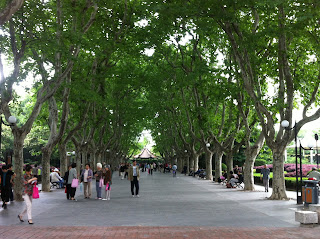 We stumbled upon a small local restaurant. Actually, it was the only dining place open at 9am, and we were desperate so we decided to give it a shot. 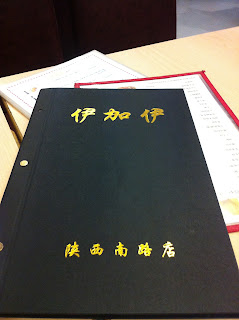 It’s a real small and non-fancy restaurant (Yi Jiayi (伊加伊)) with only locals inside. Thankfully they had English menus for us. 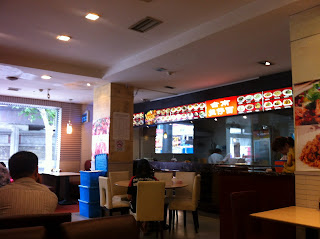 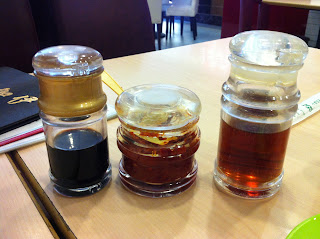 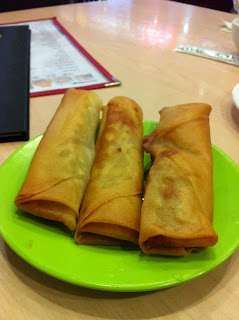 Spring roll (I was craving them) were large sized, freshly fried and crunchy, and filled with meat and shredded cabbage. I’m such a sucker for good spring rolls & I thought these were pretty fresh. 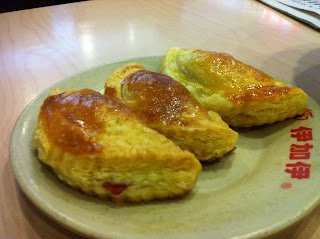 Char siew pastry was a disappointment. I liked the flakey crust but the pastry needed some seasoning as it was terribly bland. Plus the barbeque pork was rather dry and not moist as I would expect. 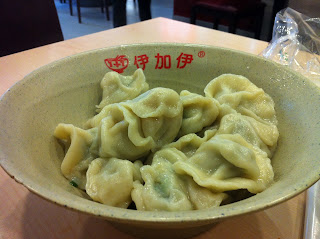 Leek dumplings were tiny but there were a lot of them. There was definitely a higher wrapper to stuffing ratio, but I appreciated that the dumpling skin was moist and fairly tender. 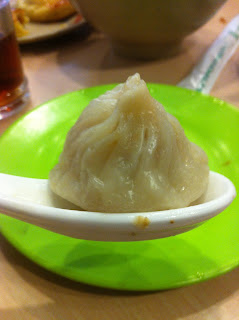 Since we were in Shanghai, I had to test their XLB. It was disappointing as the skin was tough. But I didn't want to dwell too much on it as it was still better than not having had any. 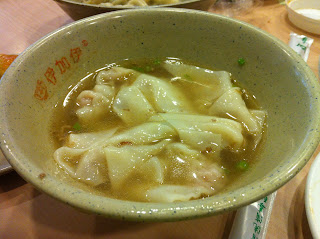 Wonton soup with flat noodles was rather tasty. I liked the slippery flat noodles and the tiny wontons with a small ball of minced pork, but the best part was actually the flavorful broth. 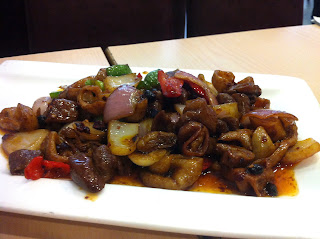 This was by far the dish I was most excited and pleased about. Fried intestines! It was so tasty especially since the intestines were chewy (but not rubbery) and had that intense offal flavor and a fattiness to it. I ate the whole plate on my own. The intestines were stir fried with vegetables and a spicy black bean sauce.

This most definitely is considered a good Taiwanese restaurant in town by any means (in fact, I think it might be considered  fast food) but I am glad I got to sample a local joint and got my fill of intestines before we flew back to LA.