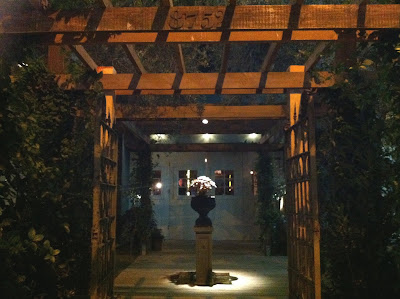 On my daily commute to work, I had noticed the slow construction of what I hoped would be a new restaurant or bar on Sunset Strip. Wooden structures were eventually erected and a large tree was shipped in. This turned out to be Eveleigh, the new hot restaurant by Aussie Nick Mather who also owns Kingswood in NYC. The restaurant is named after a Sydney suburb. Most people associate Aussie fare with BBQ but the Australian restaurant scene, especially in Sydney, is rather modern and sophisticated, with many international influences.

Eveleigh doesn’t really seem to belong on the Strip. In a good way. There isn’t a guest list or bouncer at the front; in fact you’re greeted with a friendly welcome at the hostess stand. The patrons are of all ages and for the most part, aren't dressed in clubbing outfits. The restaurant has a very rustic feel to it, with distressed wood interior and a patio housed in an A-frame barn structure. The only clue that the restaurant is located in Hollywood was that the valet was already full by 7.20pm even though it wasn’t crowded inside the restaurant. Honestly, if you’re a restaurant on the strip, you really need to invest in more parking spot for your diners. 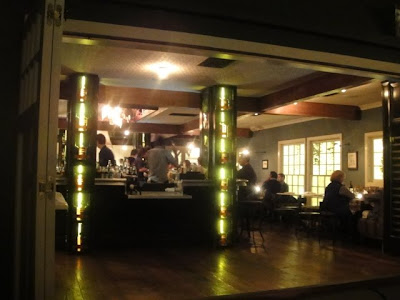 The inside restaurant and bar area is cozy with wooden tables and a fireplace. 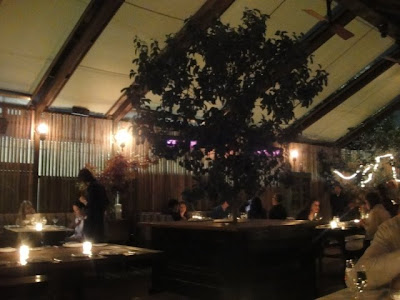 The outdoor patio has a very chic feel with white banquette sofas and a gorgeous view overlooking the city. There is also a large tree and a communal table in the center of the patio. It was really dark in the restaurant, even the lit candles on the table weren’t sufficient to aid in reading the menu. I really liked the casual barn feel; however we thought that they could have carried the theme throughout the restaurant. For example, the marble table in the patio area could have been replaced with heavier wood material. Perhaps they could have served their cocktails in mason jars instead of the elegant stemware. 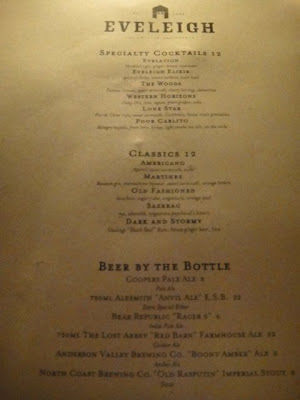 The drink menu included cocktails and a small selection of beers such as some good local choices (The Lost Abbey, Alesmith) as well as a local Aussie favorite (Coopers Pale Ale, although I wished they carried my favorite, their Sparking Ale). 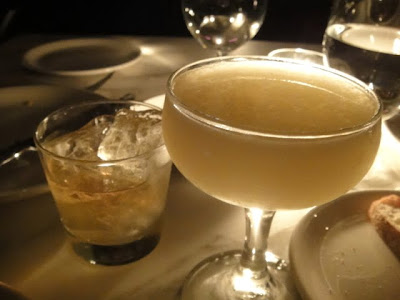 The Springbank 10 year old Scotch had a smoky taste. The Elevation tasted almost like a Moscow Mule with a ginger kick and citrus base. 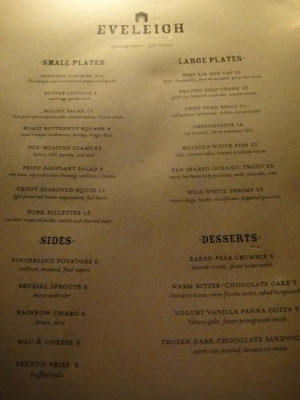 The dinner menu is focused with a few small plates, entrees and sides. 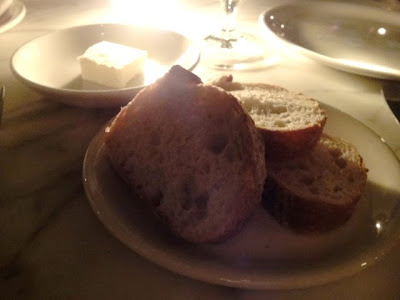 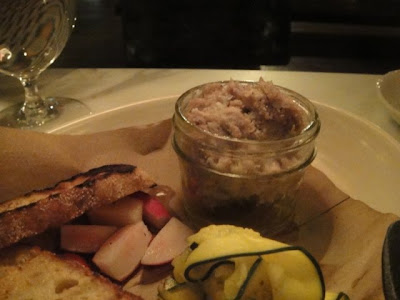 Pork Rillettes with zucchini mustard pickle, radish and charred toast
I enjoyed the tender strands of the rillette but thought that it needed a bit more salt. The sourness from the pickled radishes did a good job of cutting through the fattiness of the rillette. 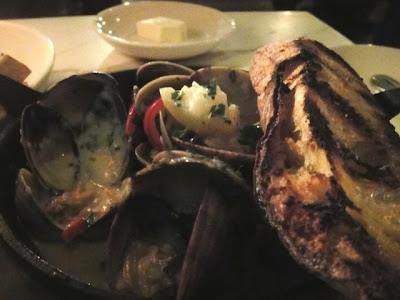 Pot-Roasted Clams lemon, chili, parsley, and aioli
This was our favorite dish of the night. The broth was flavorful and infused with garlic and herbs. The clams were cooked well and there was quite a good portion given that it was a small plate selection. When served with a chunk of rustic bread, you could really imagine this dish served in a country home. 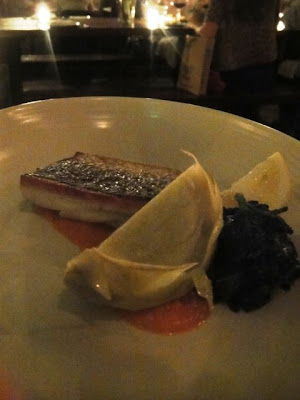 Roasted White Fish with kale, romesco salsa, braised artichoke hearts
The fish was perhaps our least favorite. The fish was a touch overcooked and the dish seemed dull with a huge selection of artichoke heart decorating the plate. My favorite part was the kale which was fried crispy. 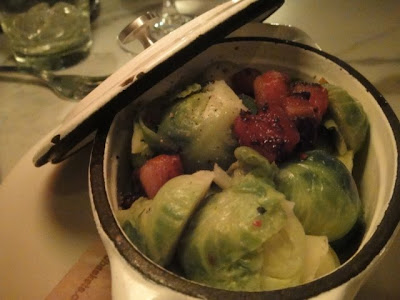 Brussel Sprouts, bacon and cider
I liked the large chunks of bacon – some places serve shriveled fried pieces. I think the sprouts would have been better if they were caramelized and seasoned a bit more.

Eveleigh is really what Sunset needs. A cool, chic yet inviting and comfortable restaurant with a casual bar scene. When we left, every seat at the bar was taken, but it wasn’t crammed with people. There’s still breathing room and a place to set your drink down. The food is simple and rustic, which goes with the theme of the restaurant décor. This is the type of place where I’d like to pop in for a drink and a small bite. It’s friendly and charming, just like the Aussies.

Unfortunately none of the dessert items at Eveleigh jumped out at us, so we walked over to Mirabelle Restaurant for dessert and drinks. 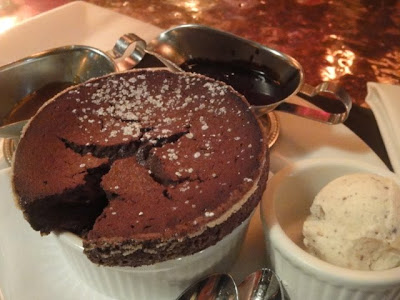 The chocolate soufflé came out fresh from the oven and was soft and spongy inside. The soufflé was served with caramel, chocolate syrup and peanut butter ice cream. This was exactly what we needed to end the meal.

my main annoyance with sunset strip dining is the parking situation. i hear ya on that one.

Hi -- actually Eveleigh Street is in what used to be a notoriously rough neighbourhood called Redfern, in Sydney, (a poor & mostly black Aboriginal 'hood.)

Can't wait to try this place.