Since June of this year, I have been working at my client's in Central Illinois, so I decided to take the opportunity to visit my BFF in Chicago over the weekend. 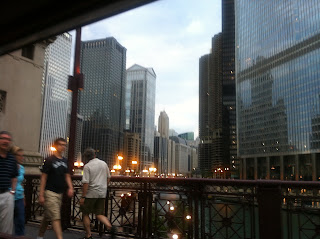 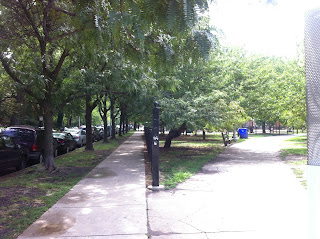 My friend lives in Wicker Park, which is supposedly hipsterville. I'm not a hipster but I do appreciate that the neighborhood is lined with bars and restaurants. It is hopping every night. It's also easy to get to - direct train ride on the Blue Line from O'Hare.

During the summer, there are plenty of festivals in the city. Lots of bands, food, booze and people watching. We were there during the Wicker Park Festival, which was super fun. The key (IMHO) is not to get the beer/sangria from the beer stands and stand around drinking. Instead, score seats on the patio at one of the bars right by the festival. That way you get more drink/cocktail & food options, and you get to sit your butt down while still getting in the music and people watching. It wasn't overly crowded at the festival - no nudging your way through the crowd. 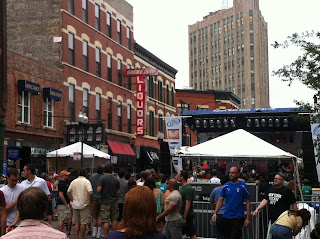 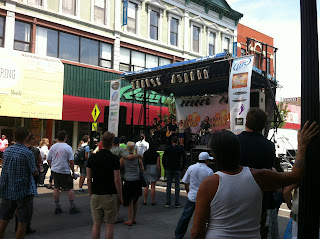 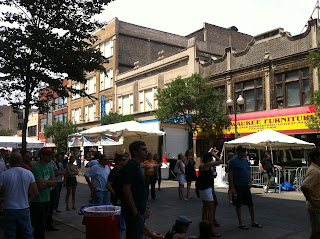 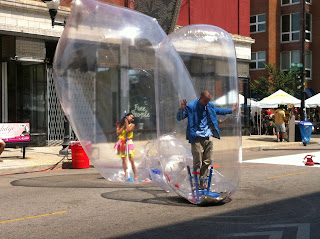 A fun thing to do in Chicago is to attend a concert at Ravinia, an outdoor music festival spot in Highland Park (We attended the James Taylor concert and it was sold out). You can hop on the Metra in downtown and it's a short 30 minutes train ride (we drank on the train too!). The trains drops you right at the venue entrance, and when we left, the line to get on the train was much faster and efficient than people trying to take the shuttle back to the parking lot. 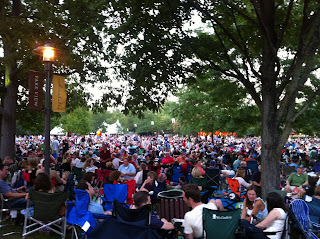 We went an hour early and most of the lawn was already packed. Chicagoans really try to enjoy every last second of sunshine before their brutal winter. We Angelenos are so spoilt.. 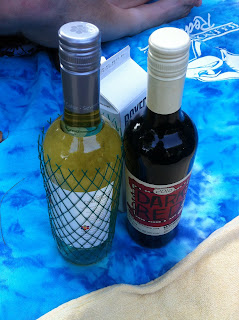 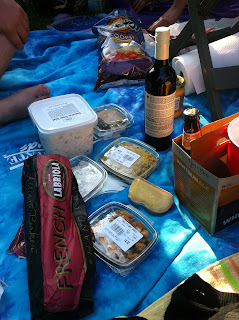 Selection of pasta salads, chicken salad and couscous (from Olivia's Market), cheese, crusty baguette and fruit. I actually really liked the chicken salad - chunks of fresh organic chicken (you could tell) and not too much mayo. 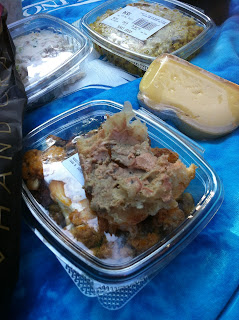 And because we are not in LA, foie gras pate (from The Goddess and the Grocer in Wicker Park). Oh gosh, I miss foie so much. So creamy, so intense livery.

Sometimes it's nice to take a break from the bars & restaurants, and just picnic and listen to some good music