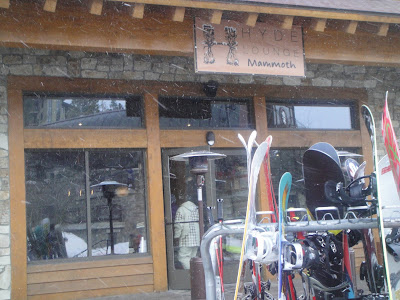 If you hang out in Hollywood or watch The Hills on MTV, you're familiar with SBE. SBE is the large entertainment company, headed by Sam Nazarian, that owns numerous hotels, restaurants and hot club spots in LA. SBE's Hyde Lounge on Sunset Blvd in LA was the cool, exclusive it-bar a couple years ago. Not so much these days, especially after Paris Hilton turned domesticated as of late. Since SBE is all about creating the next hot spot, it made sense to invade the winter resort of Mammoth Mountain by setting up an outpost of Hyde right in the Village. Horizon Air flying from LAX twice daily and the ritzy Westin Monarche by the Village both attract the perfect demographic for SBE's nightlife: the trendy, LA club goer who is completely fine with $200 bottle service. That's not me, but I did want to check it out so I headed over for apres ski. 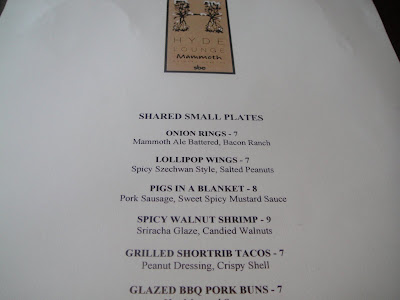 They only have Happy Hour specials from Sunday through Thursday. Their menu is Asian influenced and mainly small plates, and they are not joking when they mean small plates. But I wouldn't have expected anything less of SBE. It's so LA. 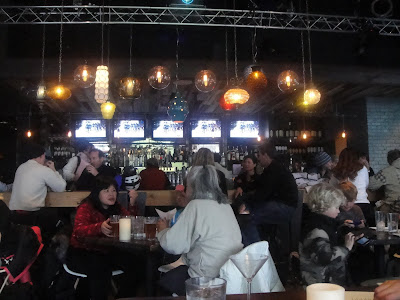 They have a bar, couches and tables during apres ski. I assume the tables would be cleared out when they turn into a club in the evenings. The crowded bar area had numerous plasma TVs. So LA. Thankfully, the crowd was not very SBE. It's very Mammoth a la families and people in snow gear. 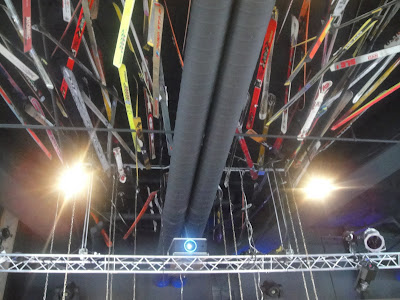 The ceiling is decorated with skis. The lounge also has exposed ducts and had a very industrial feel to it. They also have a huge screen that was projecting the Olympic games on the wall. 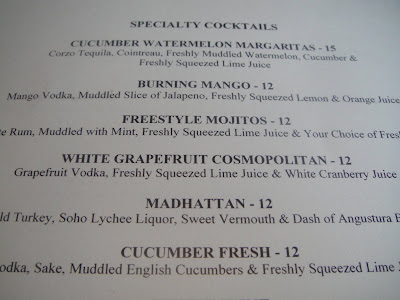 Just like any LA bar, Hyde had a fun cocktail menu and similar to LA prices. 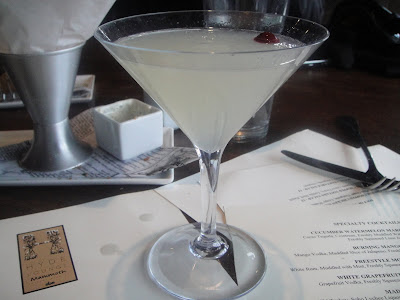 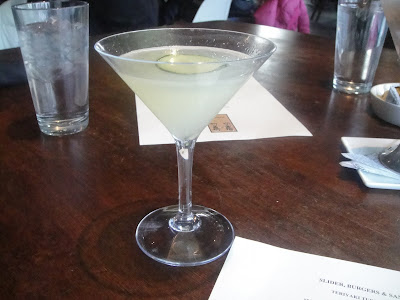 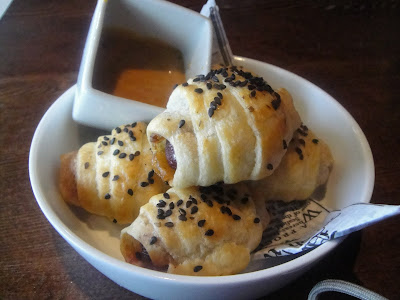 Pigs in a blanket, pork sausage and sweet spicy mustard sauce
Haven't had one of these in years so it was fun to order. I thought they were good but would have liked for the pastry to have been more buttery and airier. 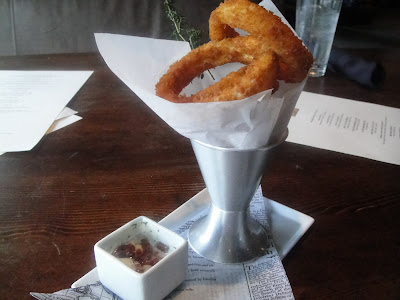 Onion rings in Mammoth Ale batter and bacon ranch sauce
We loved this. The onion rings were large and perfectly breaded. However presentation was more form over function. The onion rings were too large for the dipping bowl so you had to break up the rings to get to the sauce. The sauce though was heavenly and not to be missed. The bacon was a nice addition to the ranch dressing. 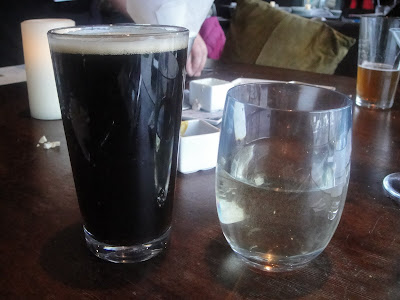 Another round of drinks: Mammoth double nut brown and a glass of wine 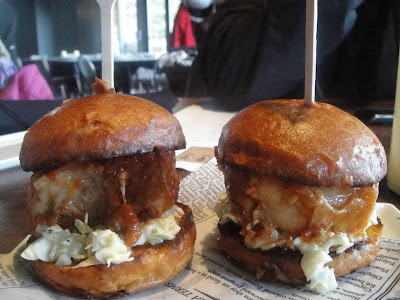 BBQ Pork sliders with slaw. A typical LA gastropub dish. The pork was fatty, tender and delicious. I also liked the toasted brioche bun. The slaw however was a little bland and could have used a bit of seasoning. Overall, this is something I would order again. 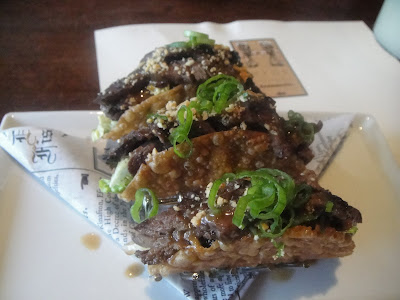 Grilled short rib tacos with peanut dressing and crispy shell
Don't be fooled, these are tiny tacos. I did like the flavors and deep fried wonton skin that acted as the shell. 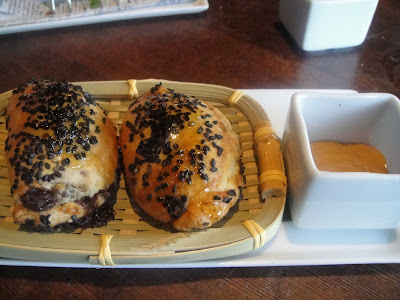 BBQ pork bun, similar to what you would order at a dim sum restaurant. The flavors of the sweet BBQ pork were good but I had the same critique as with the pigs in the blanket, in that the pastry was not as buttery and light as I would have hoped. 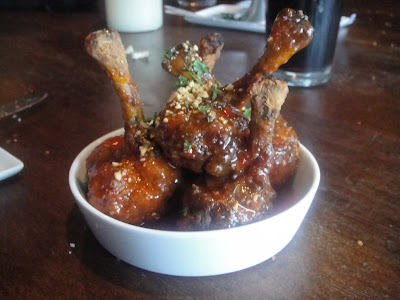 Lollipop wings, spicy szechwan and salted peanuts. My least favorite of the plates. Sounded good in theory but the sauce was strong and overly sweet. I can handle spicy food but it was more pungent than spicy. I love fried chicken but the fact that we were not going to finish the last drumette was a sign that it was forgettable.

I enjoyed the food and drinks at Hyde. I also like that there is other dancing option in Mammoth, especially one that is in between alleged cougar bar (Whiskey Creek) and college bar (Lakanuki). Yes it's a little LA. It's not that warm and cozy local mountain bar but I was glad to see that it wasn't that clubby during apres ski. And as much as some locals may scoff at the trendy establishment, Hyde Mammoth really isn't as pretentious and exclusive as its LA counterpart. It's still rustic, casual (to some degree) and you won't need to wear those slutty outfits and high heels to get in. In that respect, it's so Mammoth.