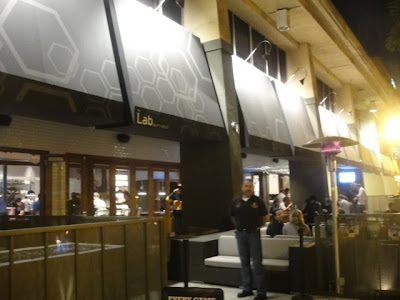 It's ironic, really. An upscale bar in South Central. A pricey college pub serving craft beers instead of Bud Light. Really, a bouncer outside at 6.30pm. Yes, The Lab Gastropub at USC isn't your typical college bar. The clientele seemed older than your regular 20 year old coed. The beer selection is great. The food menu looks promising but unfortunately didn't live up to the reputation of a gastropub. But The Lab seemed to be the best drinking option before the Arcade Fire concert at the Shrine. There aren't many choices and the neighborhood is a bit dodgy. I was afraid someone would scratch my car because of my Bruin license plate.

When we arrived at 6.30pm, there was a line outside, couple people deep. If you wanted to eat, you'd have to wait for a table. But if you only wanted drinks, you could bypass the line and sit at the bar. Don't be sneaky and try to order at the bar because apparently food is not served at the bar. But the wait wasn't too long, about 5 minutes. 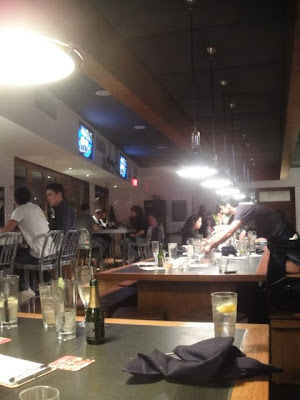 I know it's a Trojan bar and I should scoff, but it really is kind of cool inside. It's surprisingly clean, decently lit, not grungy and doesn't smell of puke. In fact, it's supposed to resemble a science lab with long wooden tables, wood floors and they serve beers in beakers instead of glasses. The large doors open out to a patio area. 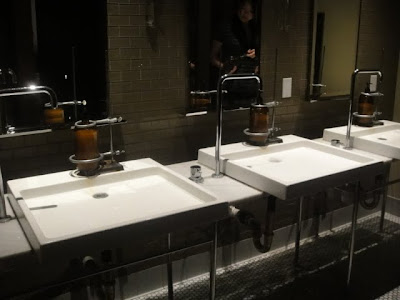 The bathroom communal sink area was also kind of cool and modern.

Architecture aside, the food menu looked great with items such as crispy pork belly tacos, ceviche and duck confit quesadilla. 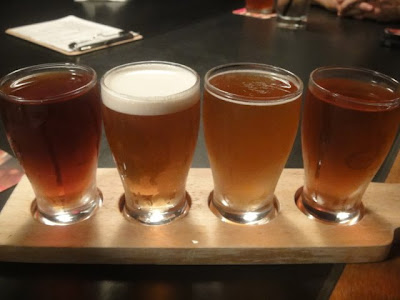 With the beer sampler, you could pick any four draft beers.
This selection included (from left to right) Red Trolley Ale, Boddington's, Stone IPA and The Lab Amber Ale. 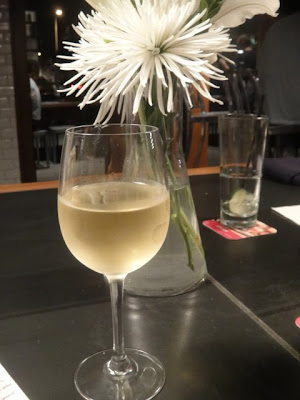 They have a decent wine list and even serve bubbly. You don't know how important that is to me and how many times I've wished they served bubbly at Brewco. 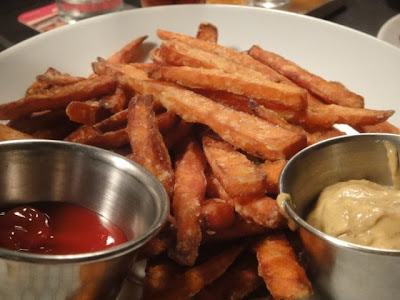 Sweet potato fries
A large plate of fries for $5 and they were good. I really liked the cinnamon dipping sauce which naturally paired well with the fries (hello? thanksgiving? sweet potatoes and cinnamon?). 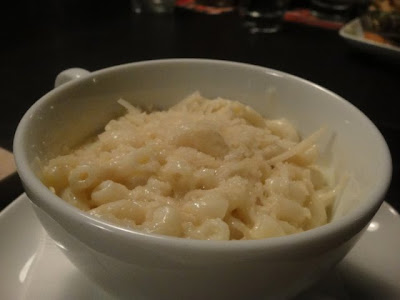 White Truffle Mac & Cheese - Gruyere, Grafton White Cheddar, Parmigiano-Reggiano, Elbow Macaroni, Crispy Panko Crust, White Truffle Oil
This was actually really bland. It seemed like the only flavoring was from the salty Parmigiano, and that alone wasn't sufficient. It was definitely lacking seasoning and I wondered if they had accidentally omitted salt altogether. This dish was also extremely oily. When we were halfway through the bowl, we noticed puddles of oil. It was actually quite sickening. This is exactly why I don't eat cheese - because of greasy, oily cheese (like that on a delivery pizza) that makes me nauseous. 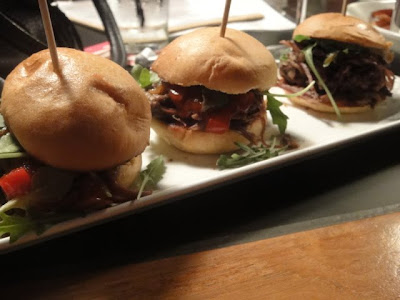 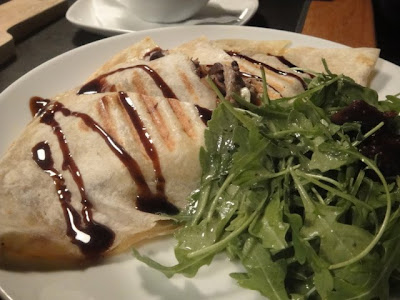 Duck confit Quesadilla - Duck Confit, Roasted Fig, Caramelized Maui Onion, St. Andre Brie, Fig Balsamic Glaze, Arugula Salad
This was another painfully oily dish. It didn't look that way when it was served but after a few minutes, oil from the duck seeped out of the quesadilla and formed a pool on the plate. They were also stingy on the figs (only two in the whole quesadilla). I think perhaps the best part of the dish was the argula salad which was nicely dressed and healthy (which was a far cry from the rest of the dishes we sampled).

Service was friendly but our waitress seemed overwhelmed. We were missing cutlery and when we asked, it took a while for us to receive them. As it turns out, shortly after, they told other guests that they had run out of utensils and napkins. It wasn't even a busy night (a lot of tables had cleared out by then). The beer selection was great but the food was mediocre, although still better than at most college bars. However dishes dripping with oil is unacceptable! But really, it's the only decent bar in the area that isn't populated with inebriated college kids. If I'm back at the Shrine, I'd probably still pop by for a drink, some fries and maybe a non-oily salad. Otherwise, I'd definitely not make the drive, in my car with UCLA plates.

After our meal, we walked over to the Shrine. I don't think I've been to the Shrine in over a decade. I was puzzled as to why Arcade Fire picked this location (I'd really enjoyed their last concert at the Greek Theatre years ago), but actually it turned out to be a good choice. The acoustics were great and even though we had seats on the balcony, we had a great view of the stage.

Arcade Fire is a indie rock band from Montreal, Canada, led by husband and wife team Win Butler and Regine Chassagne. They are joined on stage by a large ensemble playing violins, violas, accordions and horns. I've been to many rock concerts this year and this was by far the most energetic one. Right when the band came on stage, everyone got up from their seats and remained standing and dancing the whole night. 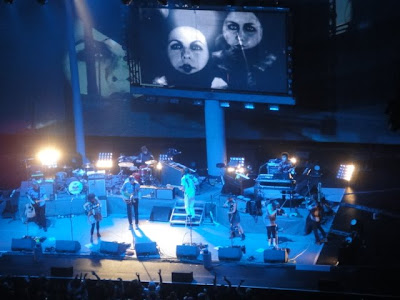 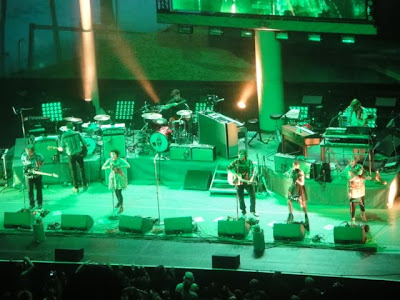