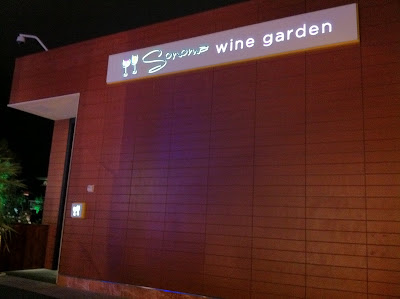 I've been meaning to check out the new Santa Monica Place but got turned off by the crowds and hassle of parking when the mall first opened. Thankfully, the crowd has subsided. Somewhat. It's not dead by any means, but at least the streets aren't as congested as they were two months ago.

The old Santa Monica Place holds a lot of memories for me. My aunt used to own a salon nearby so I would spend many weekends roaming the area, often ending up at the Wet Seal store in the mall. Unfortunately as the years went by, the mall started to looked dumpier. Eventually, it became a ghost town with rarely any shoppers in sight. So it was with disbelief and genuine awe when I saw the new Santa Monica Place. I was impressed with its transformation. It was everything I had hoped for, even though I am not much of a shopper (except for hoodies, flip flops and sporting gear). It was clean, upscale with a touch of sophistication. And with the many food options ranging from restaurants to food court stands, this was my kind of place.

We opted for Sonoma Wine Garden which is located on the dining deck with a partial view overlooking the ocean. Apparently the view isn't going to last long as it will eventually be obstructed by a massive construction that is currently in the works. 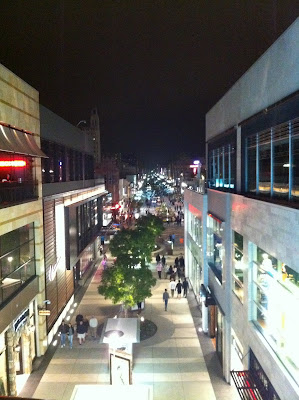 If you walk along the dining deck, you'll also get a great view of the Promenade. It's a bit surreal actually, and seems like a shot from an architecture book. 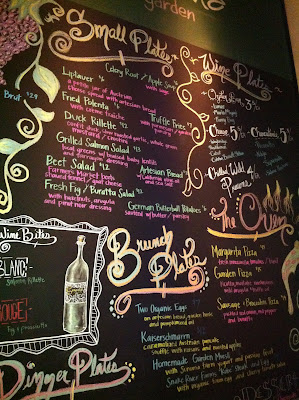 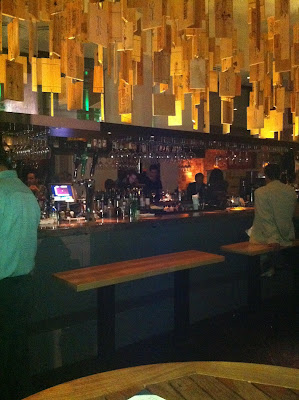 When we arrived, we spoke to the hostess and mentioned that we wanted to grab a couple drinks and a bite. We weren't looking to be seated in the formal dining room. She escorted us to the outside bar area. I loved the open space and modern look. The ceiling of the bar was decorated with hanging wine crate parts. It was pretty crowded on a Friday night and it was definitely not your typical mall crowd. There were a lot of working professionals and some older couples. 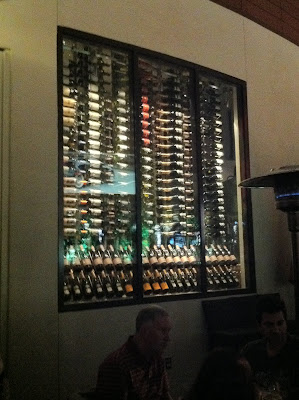 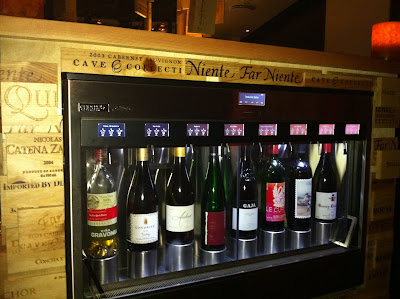 Aside from ordering wine by the glass or bottle, you can also do some wine tasting at their enomatic dispensers. 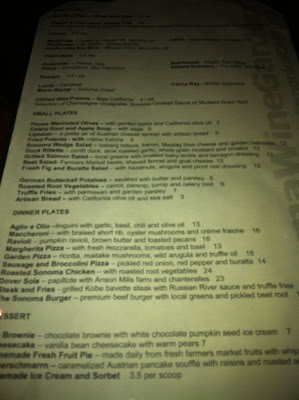 The menu focuses on California cuisine and includes many small plates and a couple larger entrees including pizzas, pastas and a dover sole that I absolutely have to try when I am next here. We weren't too hungry so we decided to order three small plates to share. 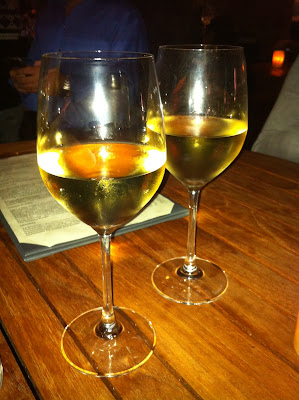 The Albarino Paco was fruity but dry. 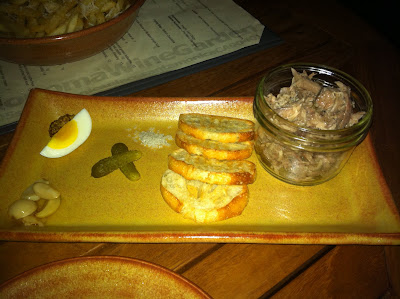 Duck Rillette - confit duck, slow roasted garlic, whole grain mustard, crostini
The rillette was served in a mason jar and was confit-style instead of mousse-like. I usually prefer the mousse version but I appreciated the rustic and heartiness of the confit. With confit duck, you wouldn't really even need the crostini - you could eat the confit on its own. The shredded duck was tender but it was neither dry or oily. 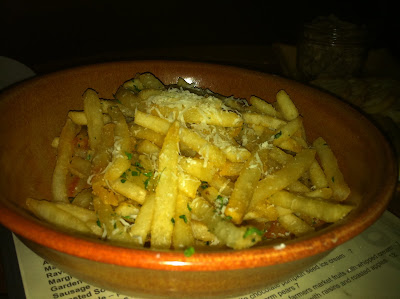 Truffle fries with parmesan and parsley
The fries were perfectly crisp and aromatic. In fact, it was probably one of the most popular dishes at the restaurant because it seemed like everyone had ordered it. 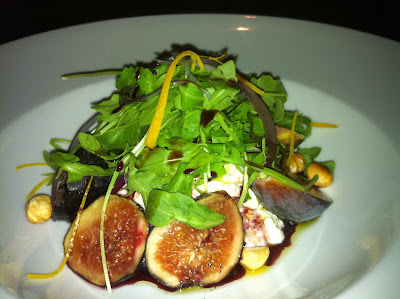 Fig and burrata salad with hazelnuts, argula and pinot noir dressing
The figs were fresh and juicy. The peppery argula was well dressed with the sweet dressing. The burrata however didn't really hold its shape and was a bit mushy and runny. 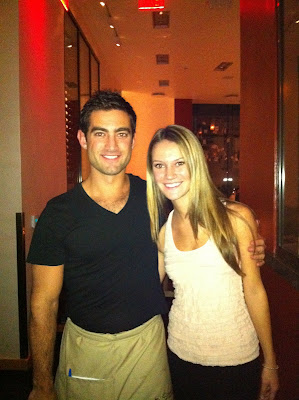 Service was attentive and friendly. Oh.. and good looking too, check out the above photo of the fun loving hostess and waiter. I really enjoyed Sonoma Wine Garden. It think it's a great place to grab a drink and a light meal, at a classy and lovely establishment. It's upscale but still welcoming and friendly. The outdoor patio with fire pits and couches is definitely the place to lounge around. When we walked around, we noticed that other restaurants were also filled with diners. Even though I'm partly selfish and don't want non-Westsiders to venture into my neighborhood and increase traffic on the streets, it's really great to see the revival at the mall. As long as they can keep it classy.

I've walked in n out of there twice now due to never thinking of making a reservation. And who goes around taking pix of hostesses? creepppy!

Ohhh that's a duck rillette I could make friends with. Yum! I love this place. Have only been for wine, but such a cool atmosphere. Really like the patio.

i was one of those suckers that went when the mall first opened. i swore out loud....NEVER AGAIN! but the wine, i can dig.

sinosoul - hahha i was taking photos of the wine and they said "u want a photo of us??" hahah.. actors..

diana - yeah really great ambiance, esp if u can score the couch seating

bagnatic - seriously! I was in the area for Pier concert on a thur and parking was all full!! so i had to valet at Lobster for $20. Was not happy