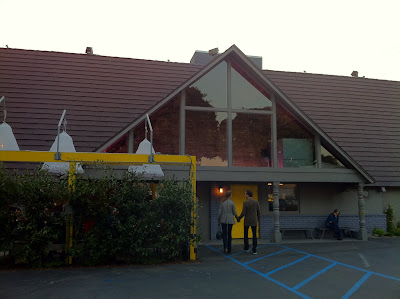 I’ve never enjoyed waiting in food truck lines. And I always prefer to have an alcoholic beverage with my meal instead of squatting by the sidewalk. As such, the Kogi Truck sensation never really appealed to me. When I did finally sample the tacos at the brick and mortar Alibi Room, I thought the flavors were great. In the last year, Kogi creator Roy Choi went on to open Chego, and most recently, A-Frame Restaurant. The latter is located in Culver City, in an A-frame structure that used to house an IHOP.

You’d almost immediately want to compare A-Frame to the other recent Asian restaurant newcomers (Lukshon, Red Medicine, WP24), but don’t. It serves up casual fare, sort of bar grub, you won’t find oysters or foie here, it’s not supposed to be fancy or refined, and it is definitely less pricey than its counterparts. 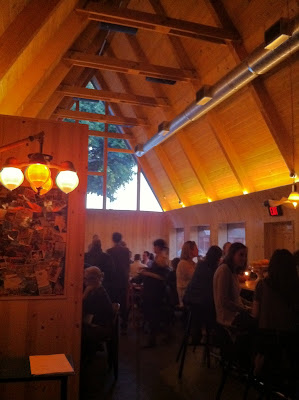 The restaurant is surprisingly smaller than I anticipated (aren’t IHOPs usually rather spacious?) and they don't take reservations. It was rather crowded even on a Monday at 7pm and we had to wait for about 20 minutes. 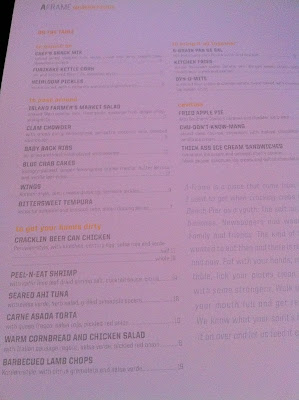 The menu is described as picnic style. A tin of utensils was left in the center of the communal table but most likely, you won’t need to use them. 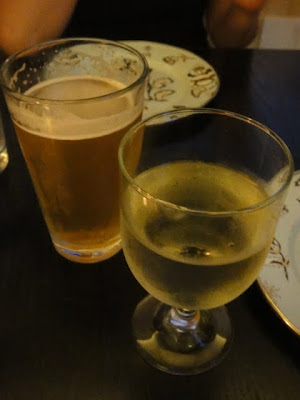 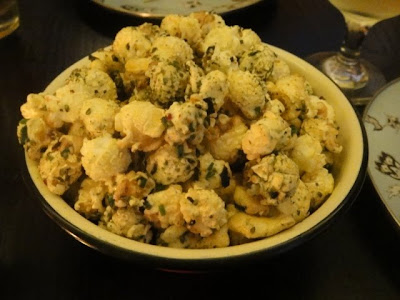 The Furikake Kettle Corn was one of my favorites of the night. I really enjoyed the combination of sweet and spicy flavors. It was also buttery and coated with specks of seaweed. 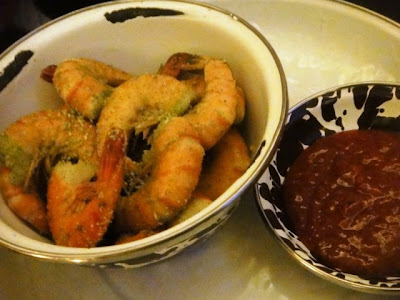 The Peel and eat Shrimps were coated with kaffir lime leaf and dried shrimp salt. The shrimps were cooked well, and had a spicy kick. I ate the shrimp on their own as I thought the cocktail sauce muddied the strong Asian flavors. 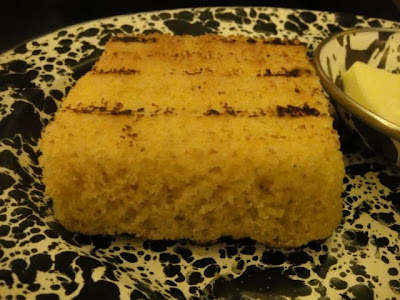 We asked for a side of cornbread. I liked the grill marks but it was lacking in cornbread flavor - it lacked sweetness that you would expect. Also, they charged us $3 for one cornbread. 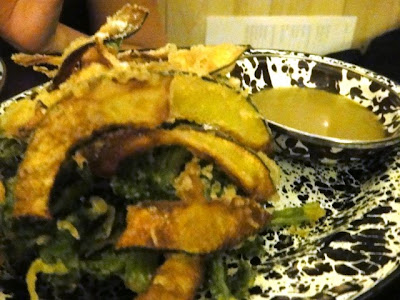 I enjoyed the Bittersweet Tempura which included nicely battered kabocha pumpkin and broccoli rabe. I actually didn't realize that this was pumpkin as it tasted like squash. The tempura was served with shoyu dipping sauce. 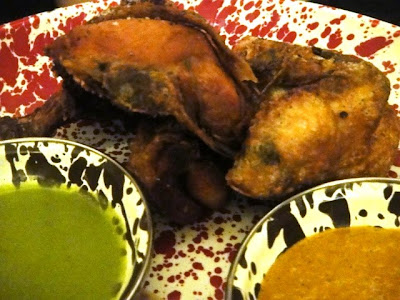 Crackin Beer Can Chicken Peruvian-style is a popular dish. The skin was perfectly crispy and not dripping with fat. The dark meat was succulent and juicy, however the white meat was bordering dry. As such, I thought the chicken was delicious, but my friend was unimpressed. The chicken dish was served with kimchee, century egg, salsa roja and verde. I was expecting (and hoping for) the pungent sulphuric century egg yolk, however this was more like soy sauce egg than preserved egg. 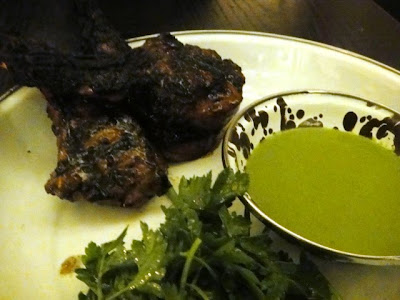 The Barbecued Lamb Chops Korean-style was our favorite entrée. The presentation was plain and uninspiring, and the lamb chops looked a bit charred, but in fact, the lamb was perfectly cooked. It had a lovely Asian marinade flavoring, and wasn’t gamy. The sharp and citrus parsley salad was simple but a nice complement to the lamb. We thought that the lamb itself was so flavorful that it did not need the salsa verde. 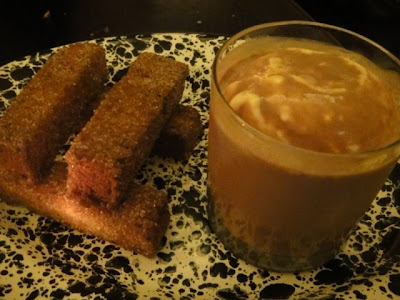 We ended our meal with the Chu-Don't-Know-Mang dessert. It consisted of pound cake churros, cinnamon, with malted chocolate milk and vanilla ice cream. I loved the porous and airy churros, but my friends commented that it needed some salt in the batter because the flavors were rather flat. There was ample amount of milk and ice cream, I almost wished we had more churros to dip into it. 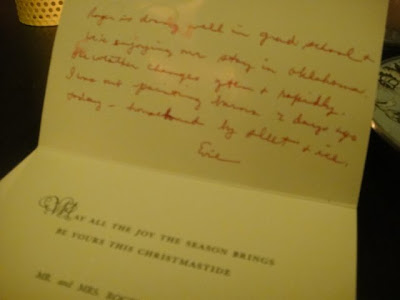 Our drinks were very slow to serve (even though we ordered beer and wine, not cocktails) but our waitress was apologetic and she also let me taste the wine before making a selection. The check was presented to us in a used Christmas card. I’m not sure what the significance of this was. Overall, the food was decent. I enjoyed the chicken and lamb, but I don’t think anything really stood out that would tempt me to come back a couple more times. Except perhaps if they decide to package the kettle corn.

This does not look even remotely appealing to me.

I agree with Weez. None of this junk is tempting me. I want to be tempted, dammit ;-)