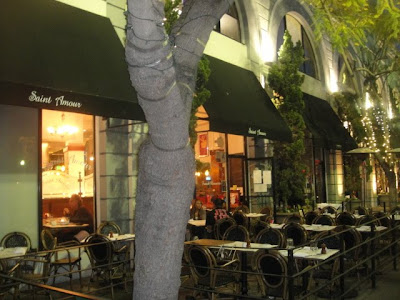 It's interesting how in the past year, Culver City has unofficially become a home to French dining. There are four French restaurants (Fraiche, Meet, L' Epicerie, Le Saint Amour) within a block of each other and a few more (La Dijonaise, Bistro Laurent, Cafe Laurent) in the vicinity. One would think that there would be fierce competition but I've been to Fraiche and L'Epicerie; they were both crowded and both my meals were very memorable. Le Saint Amour was next on my list. I had already recommended it to my sister who was visiting over the holidays and she was very impressed with the food and ambiance. This says a lot about the restaurant because she lives in Paris with her very Parisian family. 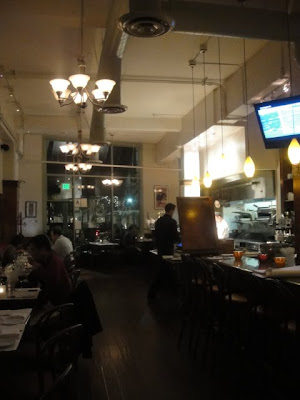 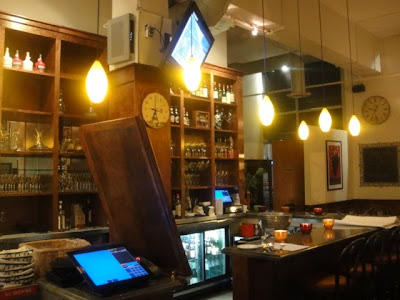 Le Saint Amour feels like a real French bistro. It's modern, with high ceilings and dark wood floors and the host and waiters speak with a heavy French accent. We were there on a Monday and there were about five other parties dining, but I can only imagine it would be bustling later in the week and on weekends. 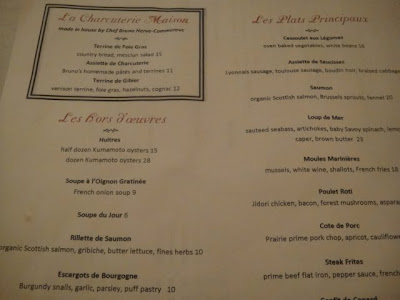 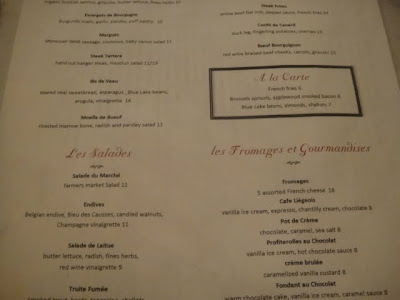 The menu serves up traditional French fare such as French onion soup, charcuterie, mussels, steak frites and cassoulet. Their appetizers all jumped out, so we decided to order a couple small plates and share an entree. 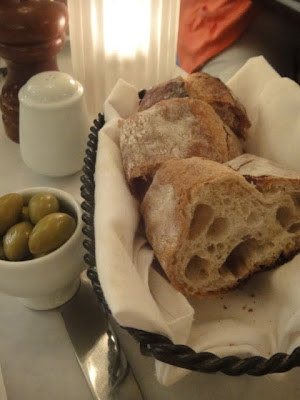 A basket of fresh rustic bread was served, along with some olives. 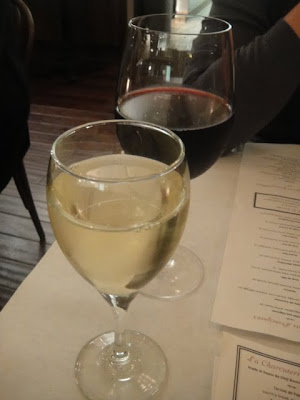 They have a respectable wine list. We opted for a nice glass of Beaujolais and French Chardonnay, both reasonably priced at $10. 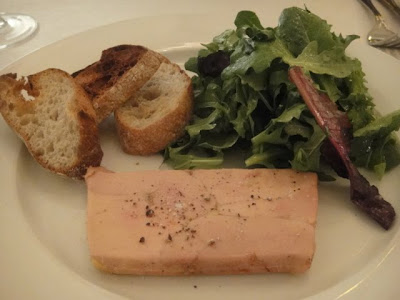 Chef-owner Bruno Herve-Commereuc makes his own charcuterie in-house. The terrine de foie gras was high quality and luxurious. It was simply served with grilled country bread and a nicely dressed mesclun salad. I liked that the waiter asked if we needed more bread on the onset when he brought over the plate. 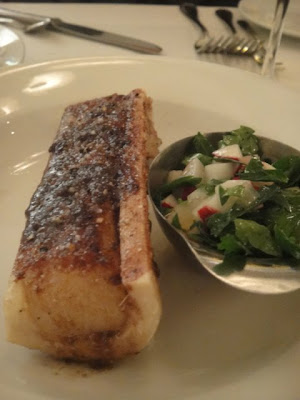 The Moelle de Boeuf (roasted Bone Marrow) was delicious. Initially I thought one bone was insufficient for two of us, but the bone was quite deep and there was more than enough marrow for two. It was rich and perfectly salted. The radish and parsley salad was serve alongside, to cut the fattiness of the marrow. I only wished they served this with some crostini. 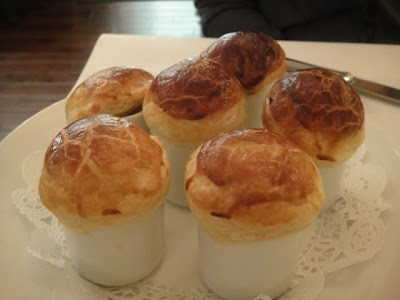 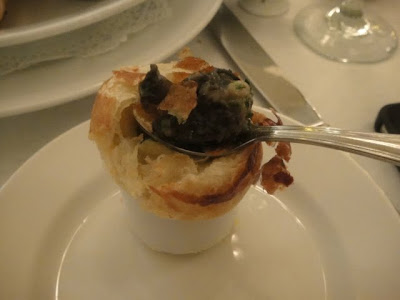 I liked the presentation of the escargot which is similar to the ones I had at Church and State. That makes perfect sense since Walter Manzke (who left C&S last year) was brought on board to consult on the menu at Saint Amour. I thought 6 escargots for $10 was quite a good price. The puff pastry was buttery and flaky, and was a great vehicle to sop up the garlicky butter in the ramekin. I thought the dish needed a bit more seasoning. 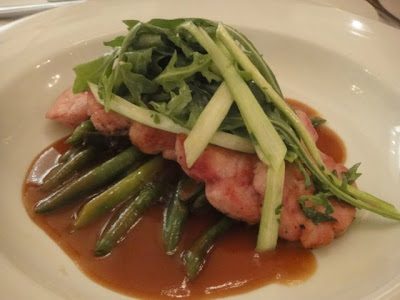 The seared veal sweetbreads was a generous portion for an appetizer. Five large pieces in total. The sweetbreads tasted fresh, and were tender and creamy. Often times, sweetbreads are breaded, then fried. I really admire the preparation of this dish. By searing the sweetbreads, I think it really retains the integrity of the flavors.

At this point, the gentleman beside us commended us on our impressive and daring orders of foie, marrow, sweetbreads and escargot. I think secretly he was worried for us. He's a cardiologist. 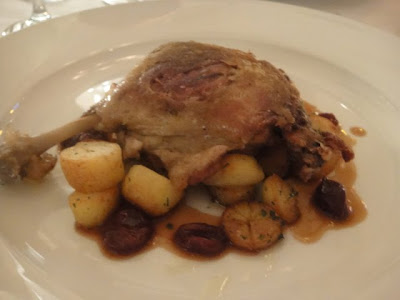 The photo above is for a half portion of the Confit de canard entree. I liked that they took the initiative to split the order. It's amazing to think that a full portion includes two duck legs. The duck was crispy on the outside and had been rendered to a point that the skin wasn't fatty. The meat itself fell off the bone. The fingerling potatoes were crisp on the outside and cooked through. I've never had a duck and cherry combination but it worked well together.

Our dinner at Le Saint Amour was delightful. The food was well executed and I thought the prices were reasonable for the quality of the ingredients and size of the portions. The service was warm and attentive. It's good to see that each of the french restaurants in the vicinity offer something different and thriving, each on their own. You'll have a fairly different dining experience at each spot but based on my experience, you'll be pleased with each of them. Culver City is big enough to house a couple great French restaurants.

Love love love Le Saint Amour! Funny, I actually didn't try any of those dishes at the dinner I went to - except for the snails. Definitely need to go back! Want to check out their brunch!

This is definitely one spot I need to visit!