Stubbs (Austin): a great BBQ option for the car-less 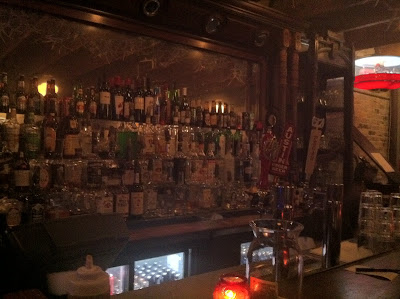 Dining on BBQ is an absolute must in Texas. Unfortunately, to sample some of the state's best BBQ, you'd most likely need a car. Since we were vehicle-less during our weekend vacation to Austin, we couldn't make the trip to famed Salt Lick, and instead had to settle for a BBQ join in downtown Austin. Stubb's BBQ is an icon in Austin, known for its live music and BBQ. Any joint that serves BBQ and has showcased awesome bands such as Silversun Pickups, Muse and Band of Horses, wins in my books. It was about a 30 minute wait for a table on a Saturday, but we were lucky enough to grab seats at the bar. 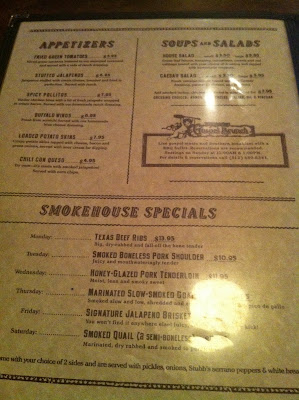 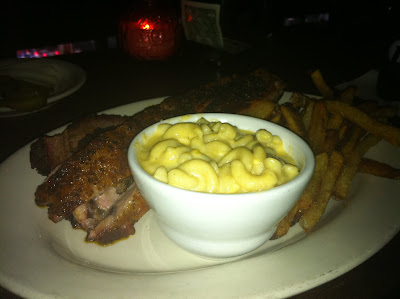 The beef brisket and ribs combo plate was quite delicious. The meats were smokey and tender. The mac and cheese was as traditional as it comes. No fancy cheeses, no bacon or other fixings. It also had a nice consistency- a bit on the fluid side and not too thick. It was also adequately seasoned. 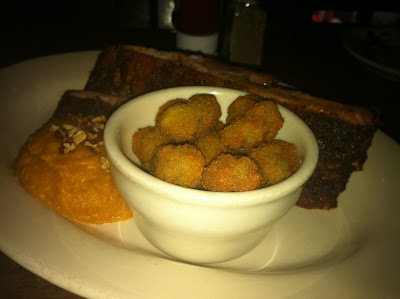 My pork spare ribs was a tad cooked inconsistently, some portions were juicy and tender while others were dry. I opted for the more interesting sides on my rib plate. The fried okra was mealy and crunchy on the outside. and nicely cooked inside. No slime here, thank goodness. I also went for the mashed sweet potatoes which were silky and sweet. I thought the real winner were the sides. 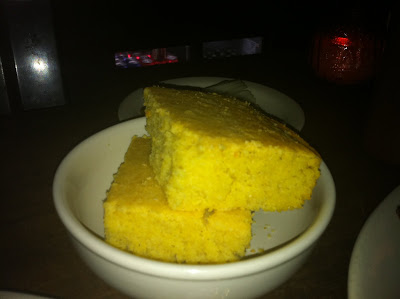 An extra side of cornbread was absolutely necessary. The cornbread had a nice sweetness and was crumbly.

The food was pretty standard, but I think most people go to Stubb's for the shows and the ambiance. It's definitely a good alternative to driving 20 miles out of the city. Stubb's really capture the important features of Austin: BBQ and live music.