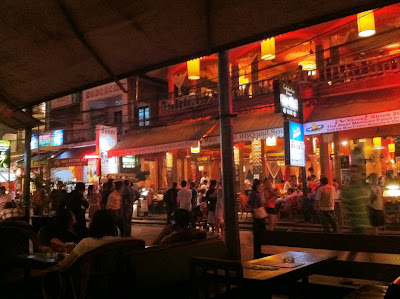 While travelling in Asia this Fall, my favorite city was Siem Reap in Cambodia. After getting scammed in Saigon and Bangkok, I realized that the safe, quaint, friendly city of Siem Reap was my most memorable stop. I spent many hours sitting on the sidewalk patio of bars, sipping wine, people watching and munching on food. It all felt very Indochine. It is very tourist friendly yet has the charm of an old French colonial town. It's also convenient that almost everything is priced in USD, so you are not left with a bunch of foreign currency at the end of your trip. Even ATMs dispense USD.

My favorite part of the town is its popular Pub Street which houses a bunch of bars and restaurants. It caters to an older crowd, and did not seem like a collegiate scene. 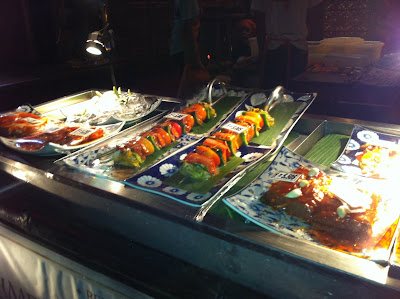 One of my favorite Cambodian street food is their BBQ. There are many makeshift stands on Pub Street that serve up freshly grilled fare. It's the perfect post-boozing food. 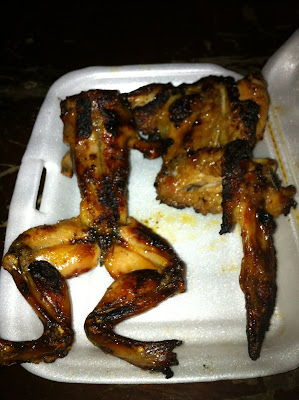 I went with a chicken wing and frog which cost only $1 per piece. Definitely a steal. I was very surprised that they served the whole frog! I was expecting only the legs. Even though I've had my fare share of frog legs and other exotic meats, I was actually a bit terrified to take the first bite. But once I got over the the fact that I was eating frog that actually looked like a frog, I realized what a delicious piece of grilled meat this was. Tender, juicy with lots of bones to chew around.

When we were on Pub Street, we noticed a lot of Cambodian BBQ signs, so we decided to check it out for lunch the following day. There were many options but we opted for the restaurant with a nice patio seating area and fans (it's humid there!) 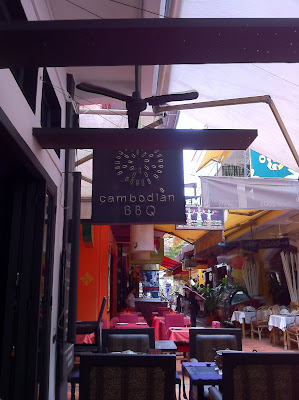 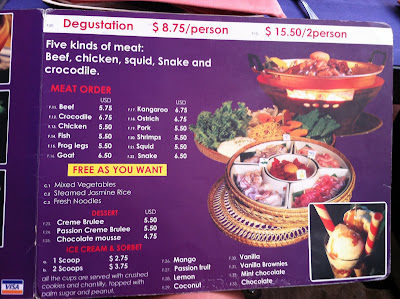 Cambodian BBQ Restaurant also caught our eye because of its exotic menu. It was also very affordable at $15.50 for two people, and you are allowed to substitute two meats. 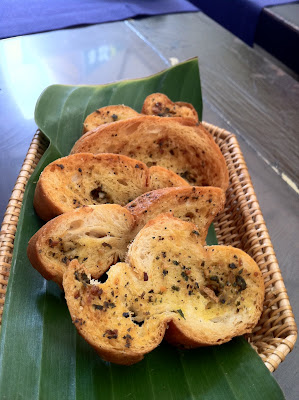 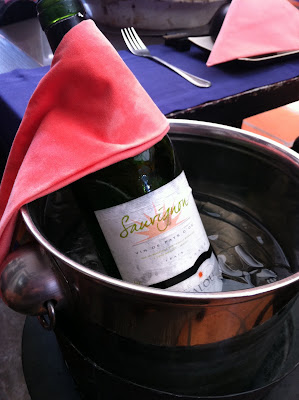 A bottle of Sauvignon Blanc goes with anything. 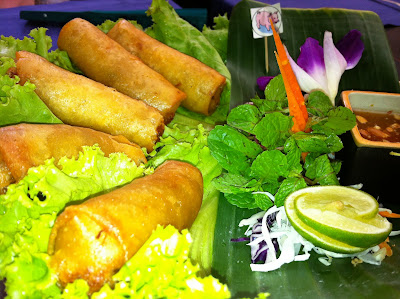 We were koo-koo for spring rolls on our entire trip in Vietnam and Cambodia, so this was a requisite order. Freshly fried with pork and vegetable filling. The nuoc mam dipping sauce is always such a great compliment. 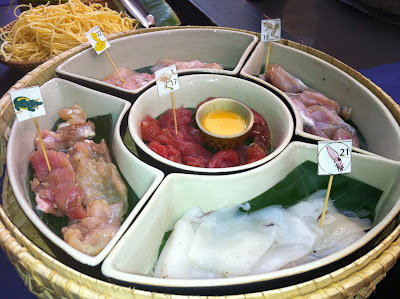 Being the adventurous souls we are, we opted for the snake, kangaroo, frog, crocodile and squid. Ok, the last one wasn't unique but how can you pass up on grilled seafood? I liked the little pictorial signs that show you what meats they were. 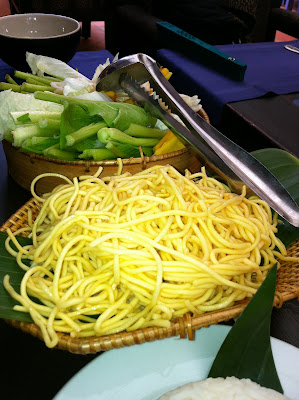 They also served fresh yellow noodles, vegetables and pumpkin, which are cooked in the chicken broth. 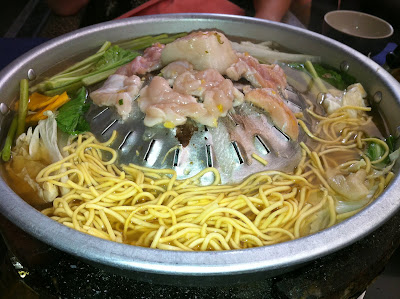 The waiter actually started to grill these for us, so we just sat back and enjoyed our wine. 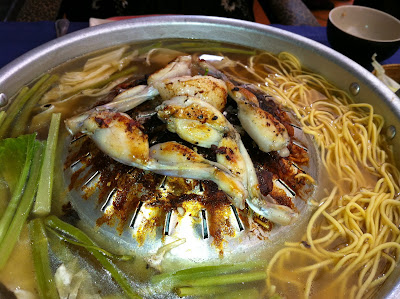 A slab of pork fat was used to grease up the grill. The snake was surprisingly a bit tough but fell apart easily.The crocodile was also a tad chewy. I've definitely had better croc in Oz. My favorite was the frogs leg which was juicy. Love chewing off that tiny cartilage between the bones. The kangaroo tasted like beef but much leaner. Finally, the squid grilled up nicely but it kept slipping off the grill and falling into the broth. The meats were served with an array of sauces. Seafood paired the best with the cilantro sauce, which was my favorite. The tamarind and pepper sauce were also pretty good.

After all the meats were gone, we moved to the noodle and vegetable soup that was infused with all the meat juices. 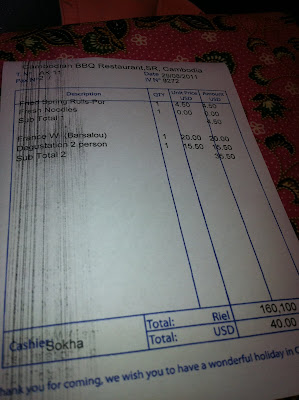 The best part of our meal was the bill, at $40 for two which included wine. Overall, the meats are not of the best quality, but it was a fun experience to sample some grilled exotic meats.