Nothing archaic about this Tar Pit 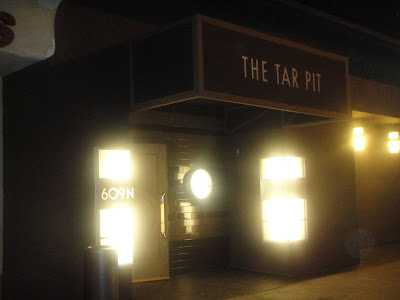 I had been eagerly awaiting the opening of the highly anticipated restaurant bar by Mark Peel (Campanile) and Audrey Saunders (Pegu Club in NYC). When I heard the name was "The Tar Pit", I thought Why oh Why? It has nothing to do with fossils. It wasn't until I looked up the word "La Brea" which means "tar pits" in Spanish (the bar is on La Brea Ave.). Oh Mark Peel et al., you are brilliant. 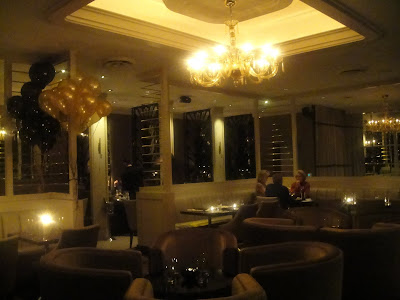 The place is trendy and elegant with art deco design reminiscent of a 1940's supper club. Diners can be seated in booths or on wraparound couches in the bar area. The crowd is sophisticated so I'm glad I decided to leave my flip flops in the car. 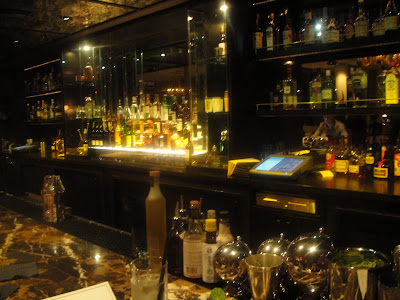 We were lucky to score seats at the bar where all the cocktail mixing action was at. The cocktails are mainly gin and rum based (think there was only one vodka and no whiskey drinks on the menu)

The food menu is American classic in smaller portions. Most of the bar menu items are under $10 and split between cold dishes (deviled egg, oysters and tartare) and hot dishes (sliders, fried artichokes, crab cakes). You may also order from the dinner menu at the bar and most entrees are priced around $15. In addition to the well priced food items, I like that all bottles of wine are $38. I love this concept because firstly, that's cheap! and secondly, you won't feel embarrassed about not ordering a more expensive bottle. 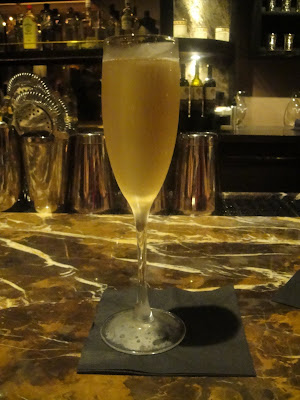 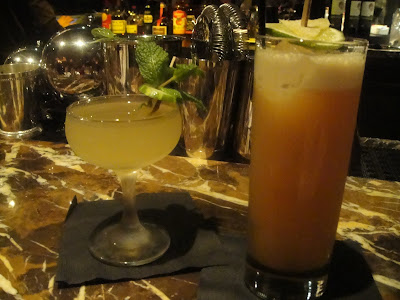 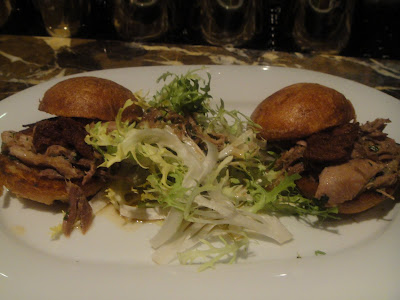 Duck slider; crisp duck confit, buttered soft roll, Cointreau sauce
The duck was excellent, with a mixture of thin tender slices and crispy skin. The duck juices dripped all over the salad and was scrumptious. The slider bun was buttery. 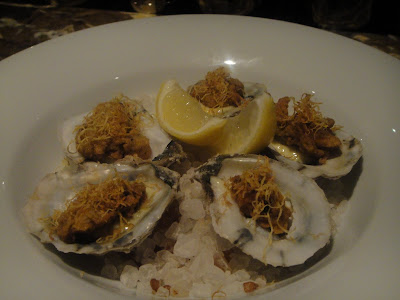 Fried oysters with preserved lemon remoulade and crisp ginger
Delicious, perfectly fried oysters. I really enjoyed this dish: sometimes fried oysters can be dry but these were plump. 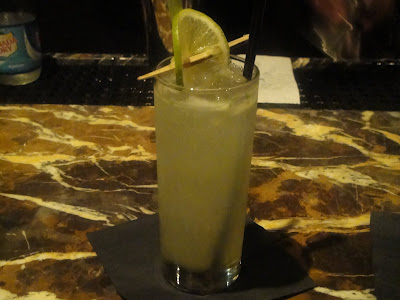 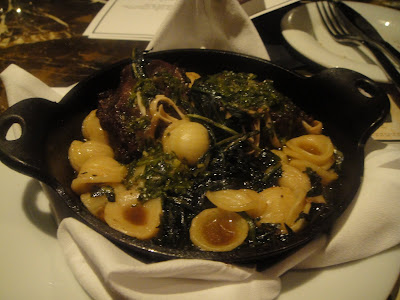 Braised pork cheek and ears with orecchiette pasta, salsa verde, braised beet greens and dandelion greens, served in a cast iron skillet.
This was from the dinner menu. The portions are not huge so don't expect Cheesecake factory portions, but this dish was well priced at $14. The pork cheek was tender and the ears were sliced thin and chewy. The pasta dish was soupy and thus was on the lighter side, however I thought it needed a bit more salt.

I really liked The Tar Pit. It's classy, the drinks were good and the food was delicious. Everything we had was excellent and well prepared. I'm excited to try more items on the menu including the kidney pie and gnocchi with escargots. The bill was $100 excluding tip for the two of us which included food and five drinks. Because of the strong reputation and experience at the bar and in the kitchen, both the food and cocktails are stars. The Tar Pit is a welcomed addition to the area.