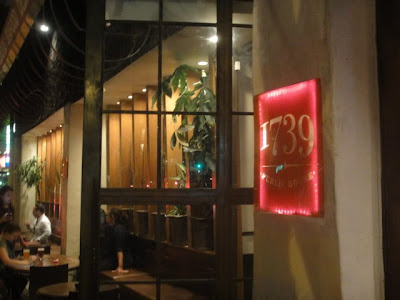 I had tickets to the Keane concert at The Greek Theatre in Los Feliz and was having a tough time trying to find the right spot to grab drinks before the concert. Not looking for a heavy meal at a sit down restaurant. I just wanted a casual bar that offered good drinks and a quick bite. Thankfully my friend mentioned a pub called 1739 Public House (located at 1739 Vermont). A casual neighborhood bar with over 80 beers on tap and decent pub grub. This is so my type of place. Coincidentally, soon after LA Times did a write up of the new bar scene in Los Feliz. Just in time for my next trip to The Greek for Silversun Pickups Yay!

The bar is attached to sister restaurant Cuba de Oro. 1739 has patio seating on the sidewalk (perfect brunching spot) and an inside bar area that was pretty packed but still low key. Apparently it was Trivia night which is a popular night. They have a big screen TV which would be great for watching sporting events. 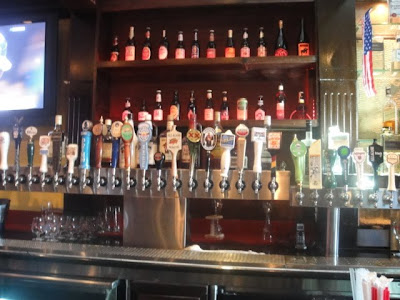 We grabbed seats at the bar. You'll find just about any beer you desire on tap. If you are overwhelmed with the vast menu, ask for beer samples. They'll oblige. 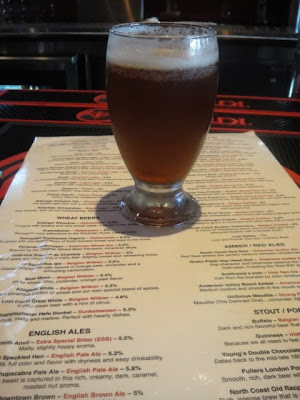 I started with Flying Dog doggie style pale ale which was rather hoppy. I only wished they used to appropriate glassware. Mine came in a Newcastle glass. 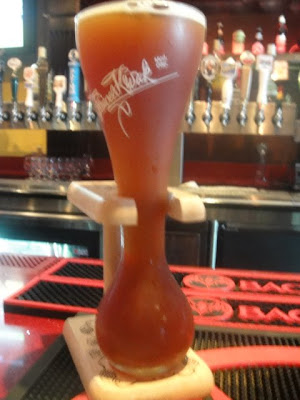 Kwak is an Belgian Amber beer. Love the glassware but it took some effort to slip the glass out from the clamp each time you wanted to drink it. Because of the glass' curved base, you had to rest it back on its stand instead of placing it on the table. It was pretty strong (8.4% Abv) with a slight sweet finish.

Nothing on the food menu was priced over $10. And we're not talking about just fries or potato skins on the menu. They offered full-on entrees including fish and chips, shepherd's pie, pizzas, burgers and pastas. 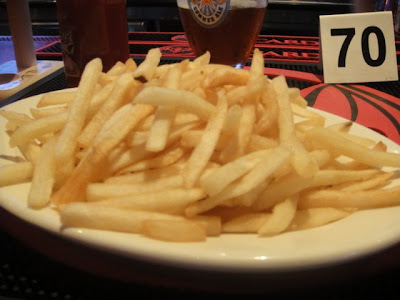 Side of fries. Addictively good, not sure if it was because I was hungry but I polished this off in seconds. 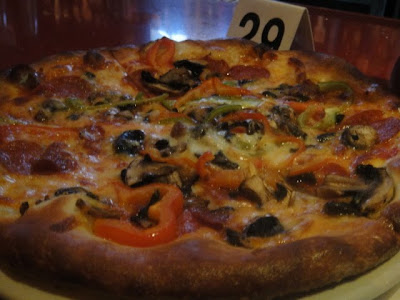 Pizza with mushrooms and bell peppers
Nothing special here but it was still tasty and the portion was rather large for the price (around $8, I think). 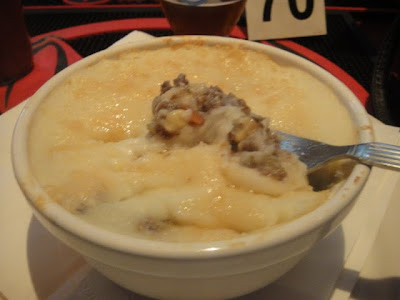 Shepherd's pie
Boy, this really hit the spot. Sauteed ground meat with corn and other veggies were covered with a layer of creamy mashed potatoes, then topped with a thin layer of melted cheese. The meat and veggies were seasoned well. I thought this dish felt really homey, something that I would love to eat if I was feeling down. 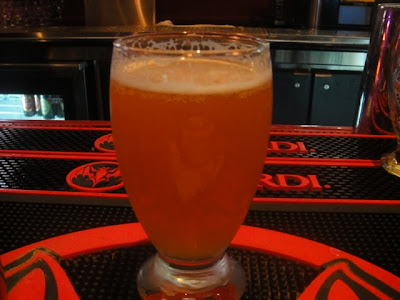 PranQster which is an Belgian style ale from North Coast Brewing Company
This was a nice change after the heavier Kwak. Clean flavors with a bit of spiciness.

With such an extensive beer list, you could easily spend hours here without realizing.. we ended up getting to the concert a little later than we had hoped. Although the food wasn't mind blowing, it definitely did the trick. I loved the beer selection at the bar. Also really enjoyed the ambiance- no pretension, easy and casual. Just the right place you'd want to hit before a concert. 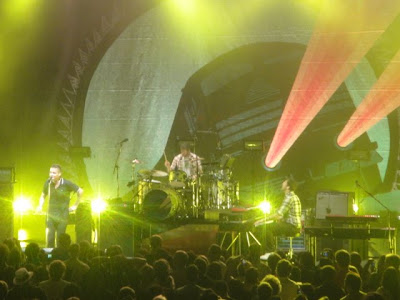 The Greek Theatre is an outdoor venue that's set in the midst of tree-filled Griffith Park. It seats almost 6,000 people (compared to 18,000 at the Hollywood Bowl) and feels very intimate. If you haven't been to The Greek Theatre, you gotta. If you haven't seen Keane live, you gotta. A lot of people think they are a sleepy, love song band based on one or two of their songs that were popular on the airwaves (and on Grey's Anatomy), but in fact, they are a rock'in, lively, jamm'in English band that really rocked the show. There was never a dull moment. And when they sang some of their more popular tunes (Somewhere Only We Know), the crowd belted along. That my friend, is a mark of a great alt/indie rock concert.

Somewhere Only We Know is one of my go-to karaoke songs! :)

Would this be a good place for after dinner drinks? My friend is looking for a bar with good beer to go to after a birthday dinner on Friday night.

(I think you already know this from my Tweet!)

who says Father's Office is the onl place to drink beer in LA? fools, they are. So you can go to The York, the hop over here? And then finish up strong at WKuche in DTLA. Awesome. I don't bother getting the glasses out of the holder. Just tilt that baby.

weezermonkey - loves it! Honestly one of my top 5 shows of 2010, and I go to ALOT of shows

Diana - I hope you found a great place for your friends bday, did you get my tweet about Vilalge Idiot? I heart that place