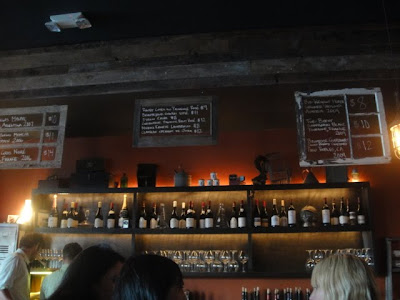 I was going to catch the Silversun Pickups play at the Greek Theatre in Los Feliz, and as usual, was looking for a place to grab a quick drink before the show. Since I'm a westsider who rarely makes it out to the Eastside, I was excited to take the opportunity to check off some spots off my list.

Bar Covell is the new wine bar in Los Feliz. And it's exactly what the neighborhood ordered. A casual, chill, non pretentious bar, managed by knowledgeable and enthusiastic people. It's not a snobby, intimidating wine bar. When you sit at the counter, wine manager Matthew Kaner will pour you little tastes until you find the wine that's the one. It's a cool spot to hang out, and if you're a single guy, get your butt here because the place was packed with women. And eligible ones too. 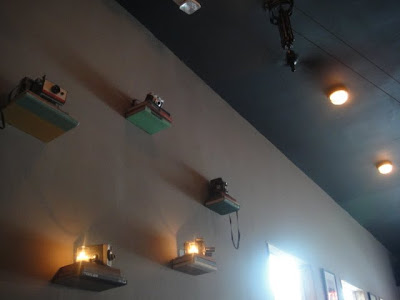 The decor is pretty cool with antiques and a motorcycle mounted on the wall. 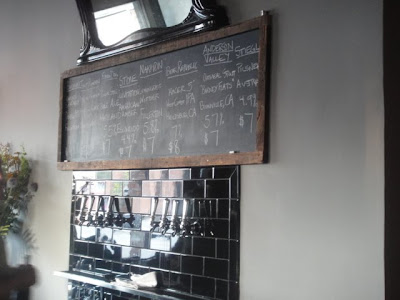 Even though they are known as a "Wine bar", Bar Covell offers a selection of good Californian craft beers. 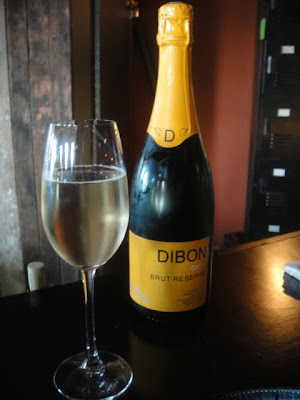 I opted for the Dibon Brut cava, which was crisp and refreshing - just the perfect drink after a long day at work and a 15 minute walk from where I had parked. 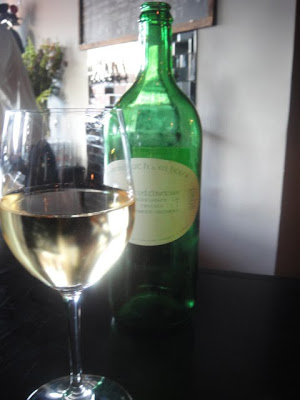 After tasting a few wines, my friend opted for the Gruner Veltliner. 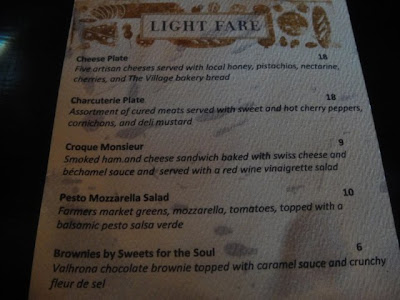 They have a limited food menu which included charcuterie, cheese plate and croque monsieur. 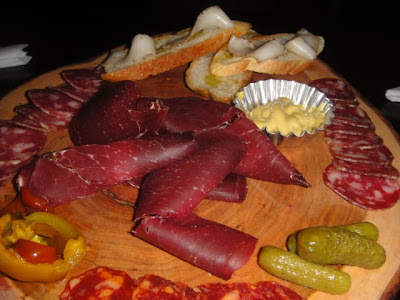 The charcuterie plate was a colorful display of cured meat which included chorizo, saucisson sec, bresola, chorizo and lardo. My favorite of course was the lardo, which is cured pig fat. You know, that same fatty strip that sometimes lines a block of store bought pate. It's extremely creamy and rich. The brescola was also very good, thinly sliced but with a concentrated beefy flavor. 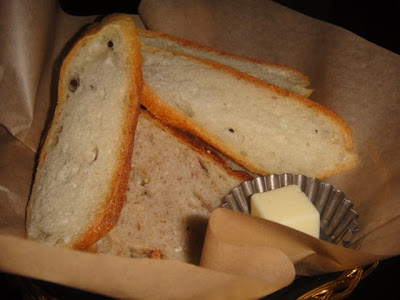 A basket of fresh bread was served (when requested) with the charcuterie plate. The walnut bread was soft with a nice crunch from the nut.

I liked the ambiance at Bar Covell. It was casual yet more sophisticated than a frat bar. It was fully occupied, yet quiet enough to have a conversation. I liked that the staff was knowledgeable about their wine and beer selections, yet were approachable and helpful with recommendations. The only downfall perhaps, is the small food menu. Sometimes you want something more substantial when you're out drinking. Otherwise, it's an awesome neighborhood spot, and much welcomed in the neighborhood. 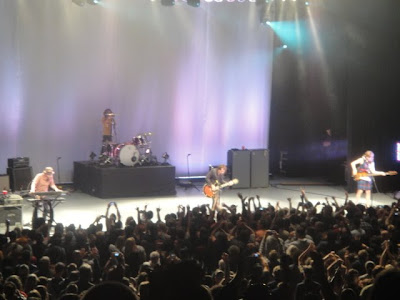 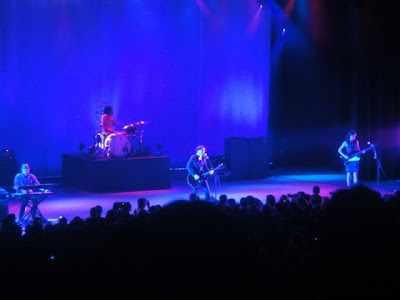 After our quick bite and drink, we made the 30 minute walk to the Greek Theatre. The Silversun Pickups is a local alternative rock band, they are named after the Silverlake Liquor store a few miles away. The SSPU is my favorite existing band (i.e. not counting defunk bands) and I HAVE to catch them whenever they play in town. Was even going to be stalkerish and attend their San Diego show the next night but unfortunately I had plans. They are often compared to the Smashing Pumpkins. The Greek theatre is an awesome intimate outdoor venue, and SSPU really rocked it. Nothing better than supporting a local band, after supporting a local bar.

too bad there's not a variety of eats. funny you mentioned the liquor store cuz every time i walk by silversun liquor, i STILL think of silversun pickups and how they got their name. you'd think it would get old with me by now....