It ain't superior Chinese cuisine, but Palace is good enough for the Westside 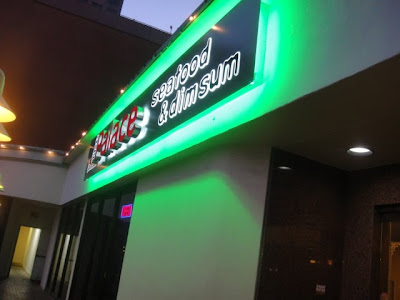 So I've just moved house. I didn't move far - only less than 2 miles from my old place. But now, I've got to discover a new neighborhood. I'm no longer in walking distance from my neighborhood favorite Sasaya. But thankfully, I'm right smack in the dining mecca that is Brentwood. To thank my family for keeping me company during a long day of moving, I decided to take them out for some good ole Chinese food in my new neighborhood. Before you Eastsiders cringe in disapproval and decide that I'm completely unqualified to be a food blogger.. when I say good, I mean good (enough) for the Westside. 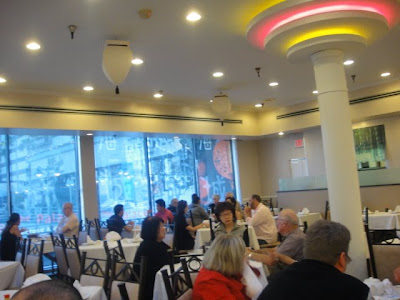 Palace Restaurant is the new restaurant that took over the space of VIP Harbor Seafood on Wilshire Blvd. What's up with Chinese restaurants with grandiose names such as VIP, Elite, Palace, Empress Pavilion.. They opened under a new management. The main chef and regular menu hasn't changed, but the dim sum chef and menu is different and apparently better. The best part is, they serve dim sum everyday. 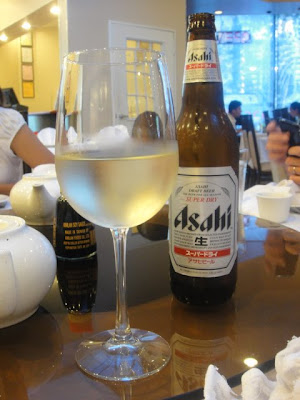 They have a full bar at the restaurant which is important (to me) as there are many Chinese restaurants that do not serve alcohol. We opted for the usual wine and beer. 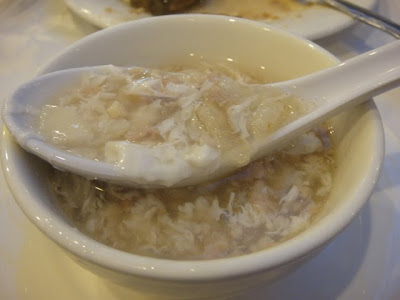 Fish maw with chicken soup
Fish maw is the stomach or air bladder, and is considered a delicacy in the Chinese cuisine. It's deep fried and has a spongy texture. The soup itself was rather tasteless in itself so you had to add some vinegar and pepper. 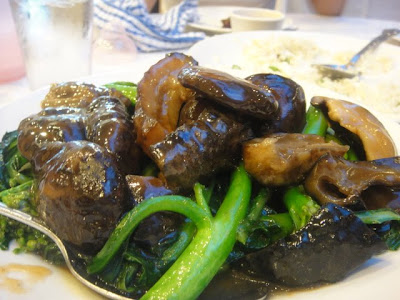 Sea cucumber with Chinese broccoli
Don't be fooled, it's not a vegetable. Sea cucumbers are like sea slugs. I find them to be flavorless but a lot of people have trouble consuming it because of its rubbery texture and bumpy exterior. I personally like the chewiness of the slugs, covered with oyster sauce and served with crisp veggies. 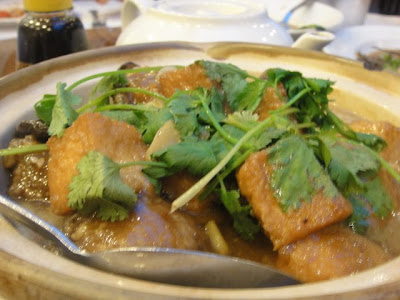 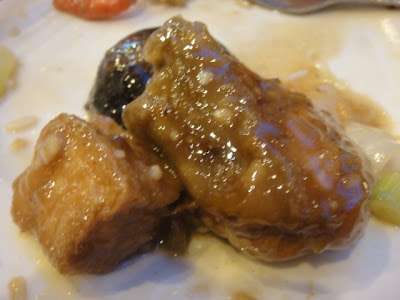 These oysters were mutantly ginormous. They were breaded and fried, and had that strong mineral flavor that only oyster-lovers would appreciate. I love fried oysters and I thought these were tastier than what you would find at most seafood restaurants. 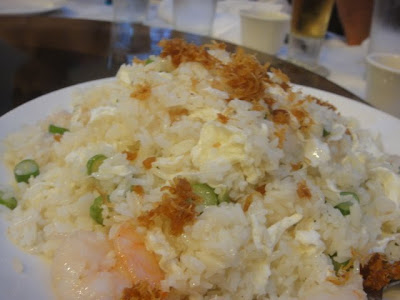 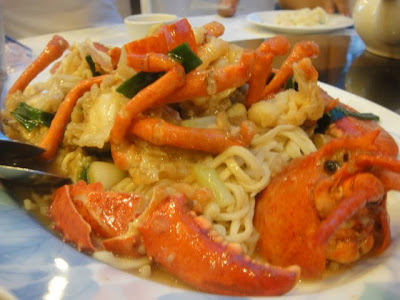 Lobster noodles
The lobster itself was tasty and served in quite a sizable portion, but this dish as a whole was disappointing. It was bland and really lacking in the salt department, which is quite uncommon in Chinese cuisines where dishes are usually really flavorful. 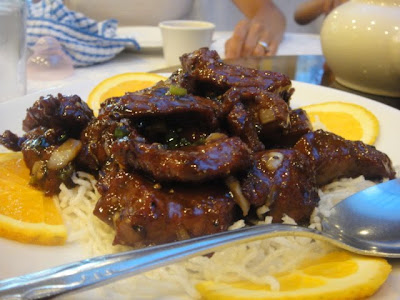 French style beef
I'm not sure why this is called French styled because it tastes 100% Asian with its marinade. The beef was incredibly tender and easy to chew through. The sauce itself was salty with a tinge of sweetness. 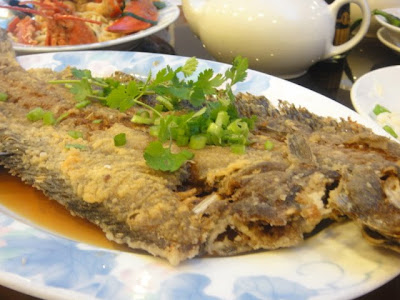 Whole flounder
The whole fish was deep fried and served with soy sauce. Since the fins were brittle and deep fried, you could actually eat most of the fish including the fins. The exterior of the fish was well seasoned. 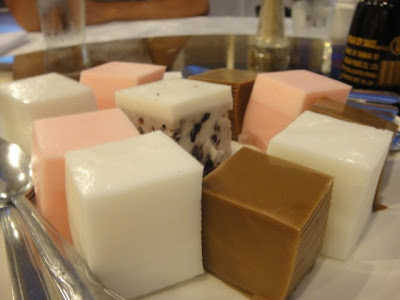 For dessert, the manager brought over a plate of jello which included coffee, coconut, strawberry and red bean flavors. The coconut was my favorite.

The bill came out to $165 for 7 people which is pretty standard for a Chinese restaurant in the area. I didn't expect much from Palace (it should be noted that we were the only Asian family at the restaurant) but it's convenient. I really enjoyed the oyster claypot and French styled beef, however I was disappointed with the lobster noodles. The food overall is better than Americanized Chinese restaurants in the Westside, although I still prefer Cantonese restaurant Hop Woo. And the latter doesn't even need a grandiose name to be good.

"Good enough" on the Westside is probably "out of business" in SGV! Hahahaha.

I actually like Mandarette when I'm craving Chinese and don't want to make the drive. It's definitely Americanized (no sea cucumber there!), but I love their strawberry shrimp and cold peanut noodles with cucumber.

Great! We both moved, so we can swamp stories. I would love to try some of that j-e-l-l-o. I can't believe I've never had it growing up in a Chinese community. Is this some new age Chinese thing? I agree with out on the sea cucs - never been a big fan of the slugs.

I know the feeling since I had some pretty "meh" Chinese food when I lived in the South Bay. Now that I'm close to the SGV area, I doubt I could eat Chinese food anywhere else! Sometimes you just gotta do what you gotta do, and in this case, it's "good" enough!