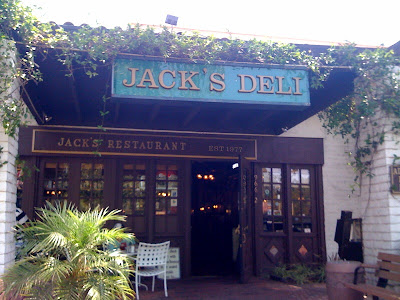 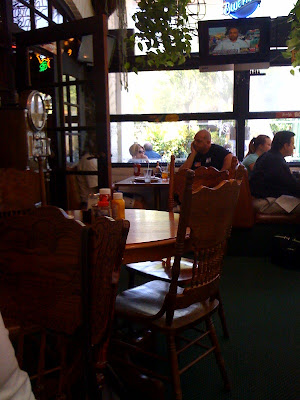 It's my sister's wedding weekend. Friends and family all met in Westlake Village for the nuptials. Westlake Village is in Thousand Oaks, California, about 30 miles from the Westside- it's not that far, but it can be over an hours drive during peak traffic.
My sister is not your typical bride.
#1 She is not a bridezilla. Her idea of a bachelorette party is brunch with the gals
#2 She was not freaking out on the big day. In fact, she relaxed in bed while everyone else was getting ready
#3 She eats on her wedding day!
On the day of the wedding, she was feeling a little hungry so a few of the girls jumped into the car and headed for Jack's Deli & Restaurant just a few blocks from the hotel. Jack's is located in a shopping area, and the interior looks very diner-esque. The menu is extensive with breakfast and lunch items, and mexican food. Very well priced as well. We grabbed a table in their covered patio area. 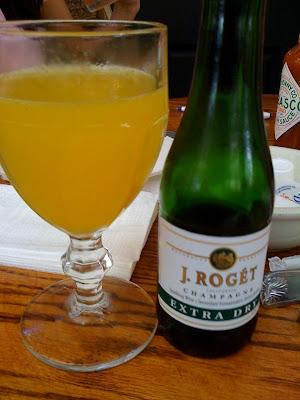 First up, a mimosa for me, which came in a champagne split. 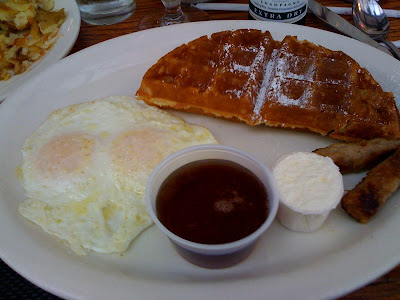 My meal was a half a belgian waffle, eggs and sausage links. I thought it was odd that they would serve half a waffle. Nevertheless, it was a good half waffle, dusted with a little powdered sugar. I was satisfied. 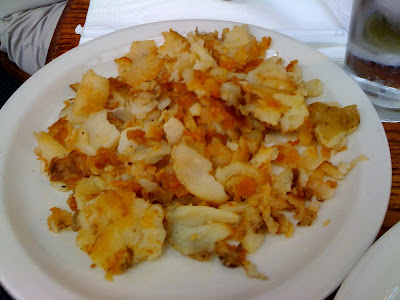 I also ordered a side of potatoes, that came in a huge plate. 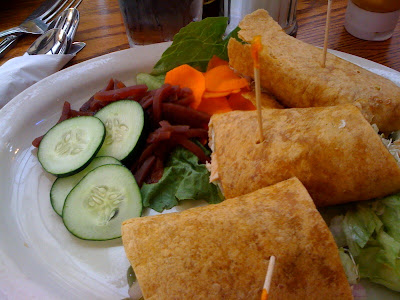 The bride (to be) ordered a chicken wrap. It had sprouts, cucumbers, peppers, chicken and a side of vegetables. It looked too healthy for me, but I suppose I'm not the one who was about to squeeze into a tight white number. 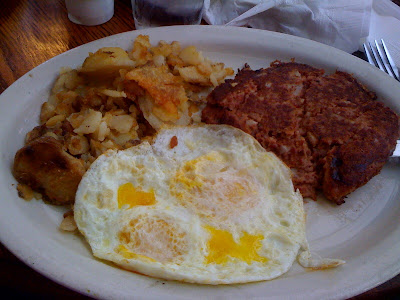 Hash and eggs with potatoes. Wow, I thought this was the winner of the day. Everything on the plate was splendid. The hash was shaped like a patty. I was expecting it to be a little dry and a little tough. But oh no, it was soft, silky and delicious. It practically melted in my mouth. I can't remember the last time I had hash that tasted so delicious. Usually it's heavy and greasy. 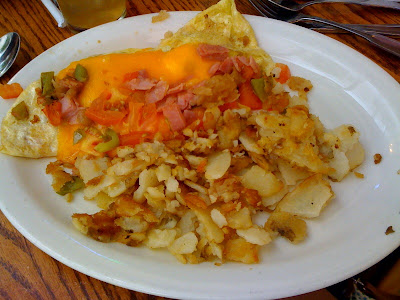 Western Omelet. This includes, cheese, bell pepper, onion, ham and tomato, with a side of potatoes. Good but that slice of bright orange cheese looks a little suspect. Am I just a hungry gal or do the portions seem a little small? I wonder how a grown man would sustain on this.

I was surprisingly pleased with Jack's. I had expected the food to be comparable to Denny's, which is not THAT bad, but I find that the food at Denny's tend to be a little oily. The ingredients at Jack's seemed fresh. There wasn't a line when we first arrived (there was a mere 10 minute wait for the incoming patrons when we went to pay our bill). There were lots of food options, the prices were affordable and the parking easy. I thought it was a perfect, casual place to grub before the wedding.