Festival Food that will give you energy to ROCK out @ Outside Lands, SF 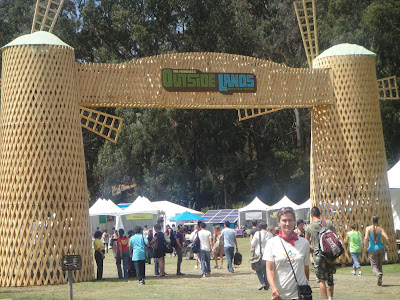 The Outside Lands Music and Arts Festival is a three day concert event that was held at the Golden Gate Park this year (August 28-30). 2009 marks the second year it has been around. I decided to attend the first day that featured rock bands such as Pearl Jam, Silversun Pickups, Incubus, The National and West Indian Girl among others. 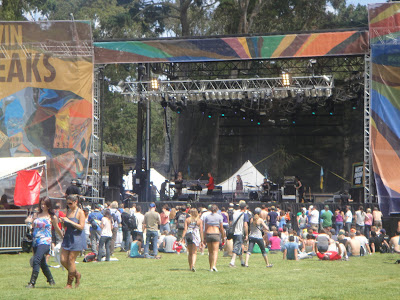 If you have a Visa Signature card, you get access to their private lounge. 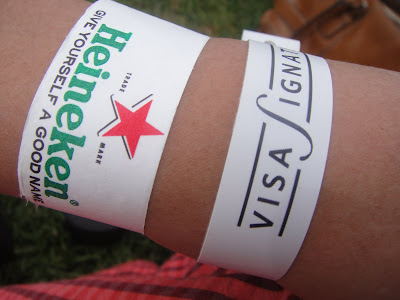 The lounge was shaded (which was very key since it was unseasonably hot at over 90 degrees), had a bar area and couches, wide screen TVs replaying music sets from the day, and most importantly, bathrooms! Granted they were portable trailers but they were air conditioned, had real toilet seats and seat covers, and sinks. This sure beats the porter potties that were sitting out in the heat all day. 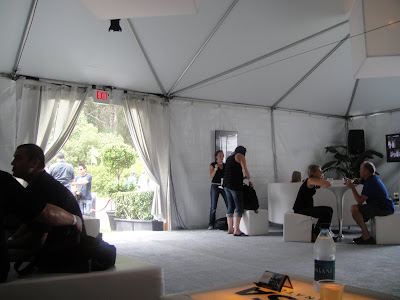 The venue is massive and allows for three concert stages, a wine tasting tent and a host of food vendors. There were so many food options that one should peruse the grounds before making a premature decision. 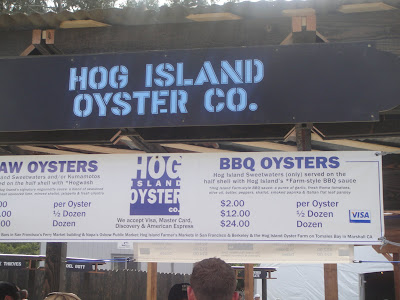 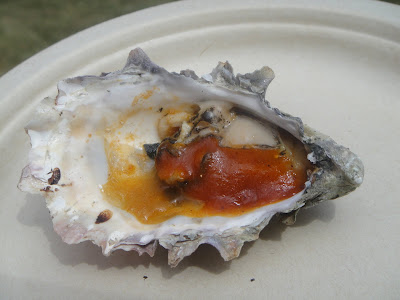 BBQ Oyster. A good little fresh, simple tangy bite. Yes you might be nervous about seafood sweating in the heat, however we got this early on in the day so the oyster was still looking fresh. Otherwise, avoid at all cost! 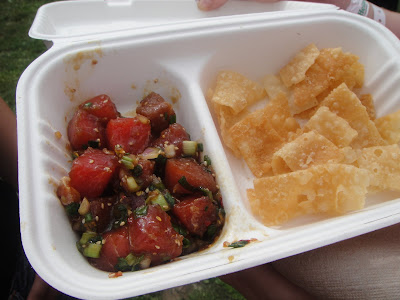 Tuna poke. I have to admit, I've never had poke before because I don't care for raw tuna. However this dish was so well flavored and you could tell that the tuna was fresh. The tuna was chunky with a bit of spice from the marinade. The dish was surprisingly light and was perfect for the hot day. And fried wonton strips? Who doesn't like that! 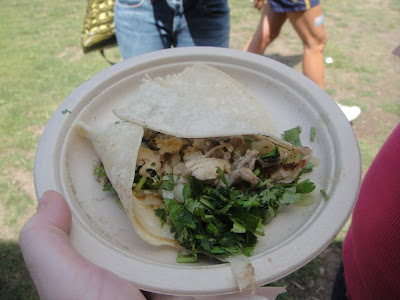 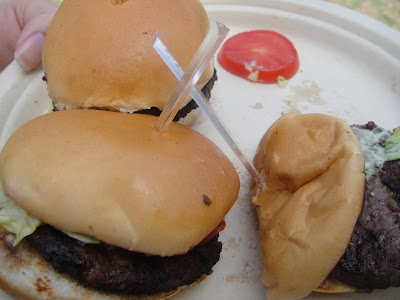 Three mini sliders. I was quite surprised that these little sliders were so delicious and the meat was juicy. 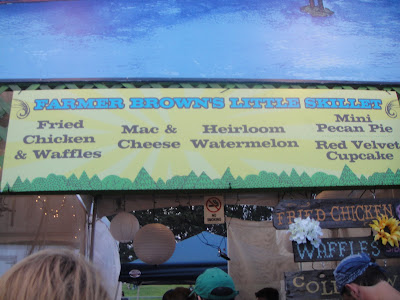 After waiting 20 minutes for the chicken and waffles, I forgot to snap a picture. This was my favorite of the day. The chicken skin was crispy (there were two plump dark meat pieces) and when topped with maple syrup, the sweet and saltiness together was such a lovely combination. This ignited our craving for Roscoe's Chicken and Waffles; somewhere that I haven't been since I was a kid. 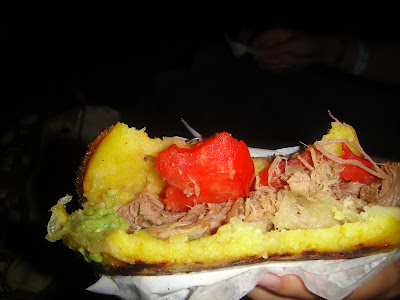 Arepa, from the Argentine stand. An arepa is a semi-fluffy corn bread stuffed with meat, tomatoes and salad. It was good, but not mind blowing, although the corn bread was a nice change from your regular tortilla or sandwich bun. 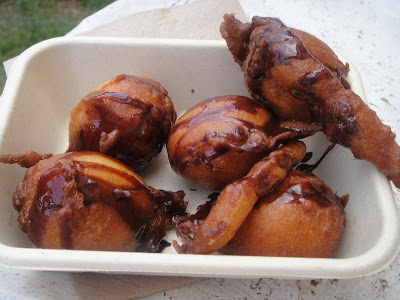 Freshly deep fried beignets with a drizzle of chocolate. This was another favorite. The chocolate syrup was melting on the piping hot beignets, and the inside was warm and soft. I loved how they were made to order; you had to wait a couple minutes but there's nothing worse than soggy, lukewarm beignets.
Yes, music festivals are all about great music, but if you are going to be on your feet for 10 hours, you'll need some sustenance. There's a good variety of street food at the Outside Lands Festival that will take care of your hunger, and most of the servings are small so you can even create a tapas-style meal for yourself.
Outside Lands Festival
Golden Gate Park
San Francisco, CA
http://www.sfoutsidelands.com/