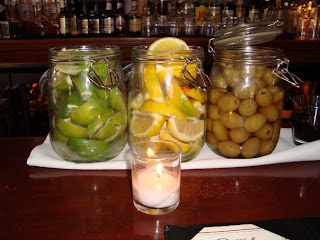 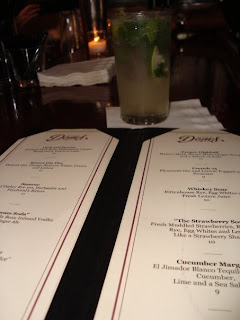 Last Friday, I had tickets to a concert at the Greek Theatre, located in Los Feliz. Since I am rarely in the area, I took the opportunity to check out some restaurants in the eastside. After doing some web surfing, Little Dom's sounded like the best option. I've been to Dominick's a few times prior; Little Dom's is a more casual spin-off. Since the concert was starting around 8pm, it was only going to be drinks and a light appetizer.
We found two open seats at the bar, which seats about 8-10 people. The cocktail menu looked interesting. We opted for a Mojito and a Gin Fizz (made of gin, orange blossom water, cream and water). The dranks were made strong. ouch! But both very good. The gin fizz was unique, especially the milky flavor from the cream. 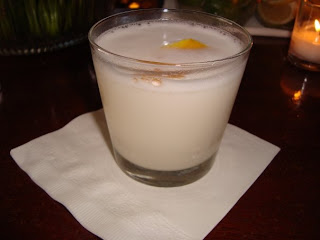 The dinner menu was simple. Small plates, pizzas, pasta, sandwiches, meat and fish. The entrees are priced in the high teens but the bartender said that the portions are relatively small. We decided to split two dishes. 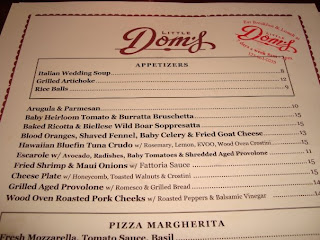 We also ordered additional drinks with dinner: a glass of Prosecco and a glass of red wine. 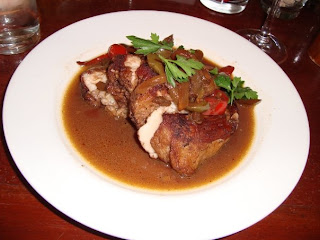 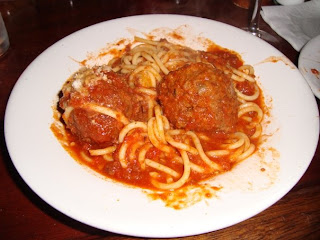 Next up was Spaghetti and Meatballs ($14). I thought the dish was good and the two meatballs were large in size. The marinara sauce was nothing special. I also don't think that it is a dinner portion; this might be something that you could share as an appetizer. But otherwise, just good-ole comfort food.

Overall the service was a little slow. There was only one bartender and he was frantically making drinks for the patrons at the bar as well as the diners seated in the dinning room. We had to wait a good 15 minutes to get our drinks even though we had prime seats at the bar. The bill came up to $86 (including tip) for 4 drinks and two appetizer-portion dishes.