During my weekend trip to SF, we made a day trip to Half Moon Bay. Half Moon Bay is a coastal town that is a bit sleepy but is home to famous surf spot Mavericks. It was a gorgeous day. The sun was out but it was still breezy. My whole point of visiting Half Moon Bay was to go in search of surfers. I don't like laying out on the beach but if I could watch surfers in action, I'd tolerate the sun for a moment. 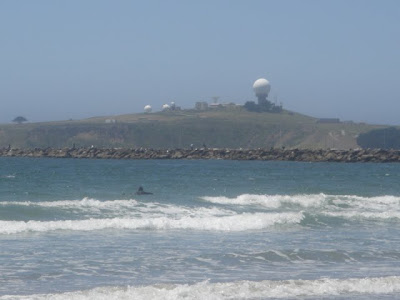 There were not much waves going on that day, it was mostly whitewater. Glad I didn't lug my surfboard and wetsuit with me on this trip. 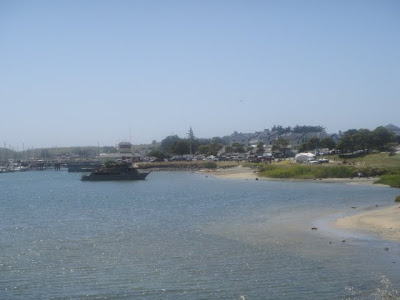 We also took a stroll around Pillar Point harbor in search of Mavericks. There was no one out in the water. Guess I didn't get the memo that there wasn't a swell rolling in. Not even a ripple. 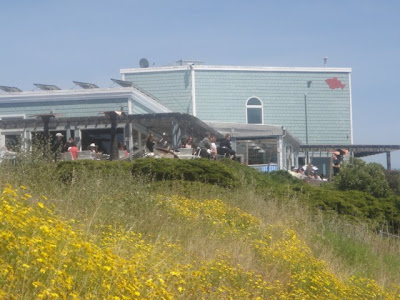 After our mini-beach time, we went to Sam's Chowder House for lunch. This came recommended by some local SF friends. 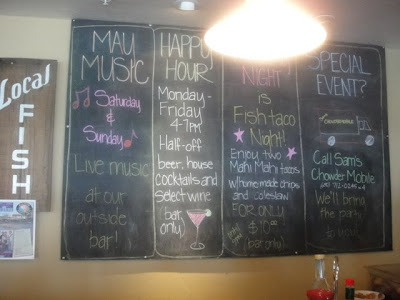 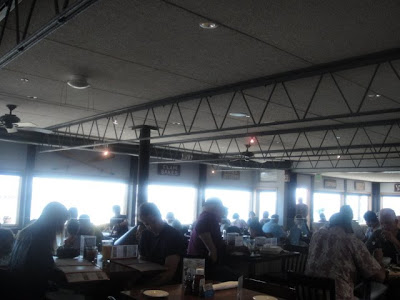 The restaurant is located by the water and you'll get a lovely ocean view from the dining room. 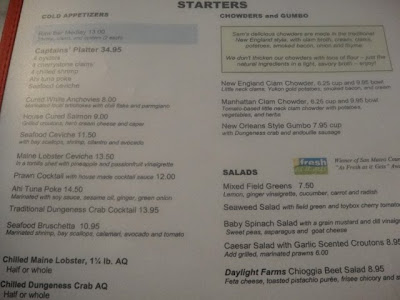 Their menu is seafood focused and they are known for their clam chowder, fresh seafood and lobster roll. 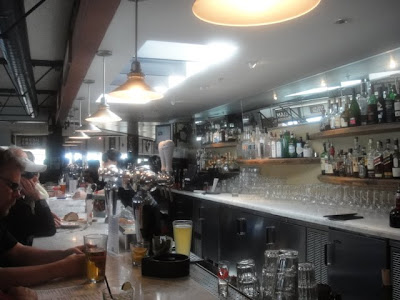 This is a very popular spot especially on the weekends so we had to wait 30 minutes for a table. Thankfully a spot opened up at the bar. 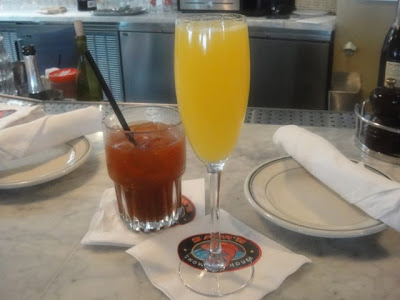 Beach side brunch is not complete without a mimosa and a bloody. 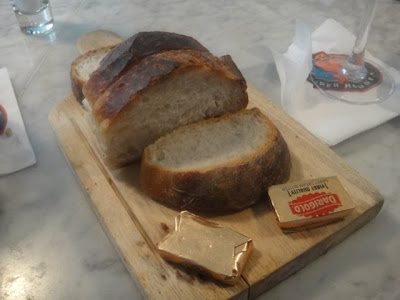 They brought over a fresh loaf of bread. 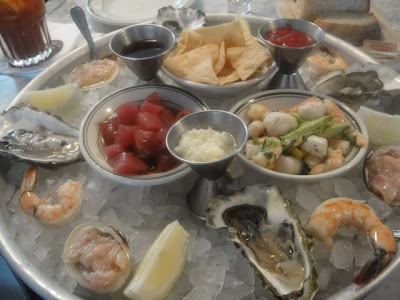 We just had to to get the Captain's Platter.
This was a seafood smorgasbord of fresh oysters, cherrystone clams, shrimp, ahe poke and seafood ceviche. It ain't cheap at $35. I love fresh clams and these were large, sweet and delicious. The ceviche was a mixture of shrimp, scallops and mango. The flavors were fresh and light but the seafood was a tad bit tough. I really enjoyed the poke. The ahi tuna was fresh and well marinated with soy sauce, sesame oil and ginger. 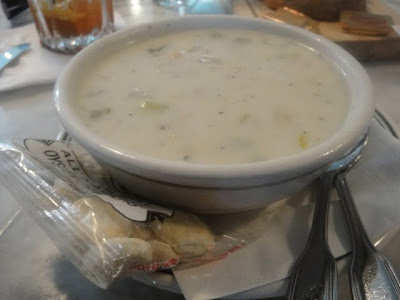 How can you dine at Sam's Chowder House and not order the clam chowder, right? We opted to share a cup. The clam chowder wasn't too heavy or overly-thickened with flour. There were nice chunks of clams and this was a rather large serving for a cup. 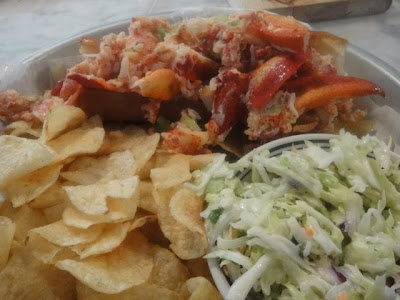 The lobster roll is another specialty of the restaurant and apparently was rated Top 5 sandwiches on The Today Show. The sandwich's main component was generous amounts of thick chunks of fresh Maine lobster. I really enjoyed the lobster roll because there wasn't any mayo mixed with the lobster. It was simply dressed with melted butter. How can you go wrong with that?!? The bread was fresh, toasted and buttery, and it held its shape and didn't get soggy from the butter. I was bummed when I saw potato chips as a side instead of french fries but was actually pleasantly surprised with how freshly-fried and crisp the chips were.

There's not much to complain about. Good seafood and the ocean. It's an awesome life.

I like the chowder more than the lobster roll, but from reading your other posts, seems you like richer food more than me!

Oh i def enjoyed the lobster roll more. All that butter :-)