I have mixed feelings about flying red eye to the East Coast from Los Angeles. With the 6 hour fight + 3 hour time change, it really makes the most sense to fly red eye so you don't lose a whole day travelling. But after arriving at 6am in NYC, I went straight to the hotel and passed out for 3 hours. Finally, I dragged myself out of bed to meet up with my old friend from undergrad who lives in the city. She works in the Flatiron district so her lunch suggestion was Boqueria Flatiron. The menu is Spanish tapas and after surveying the menu, I was excited. There were so many delicious dishes including fried quail eggs on chorizo toast, croquettes and duck confit bocadillo. Small plates also seemed the best way to go since I was going to have an early filling dinner at Le Bernardin *can't wait* 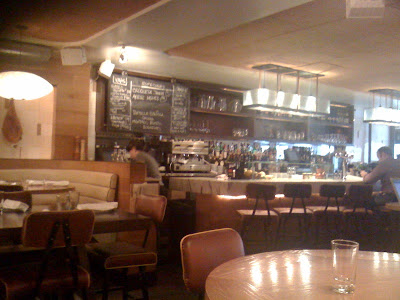 The restaurant is casual chic and modern with its booth seats and metal lighting. They have both table and bar seating. The bar area would be perfect for solo dining, and it oversees a display of tapas and a lovely hunk of iberico hanging by the window. 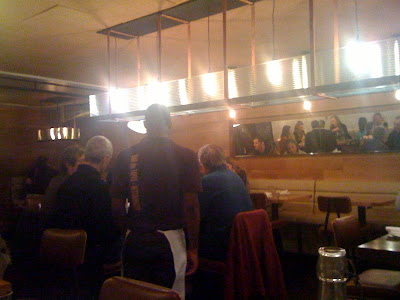 The restaurant was relatively busy and loud on a Friday lunchtime. 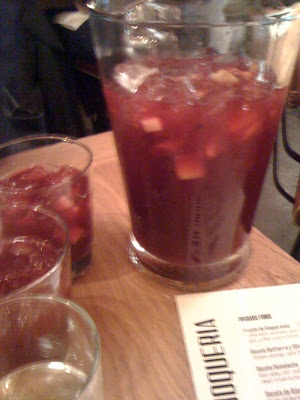 We started with a pitcher of red wine sangria. They also offer white and rose versions. It was a pretty big jug. Apart from the lunch and tapas menu, they also offered a couple specials on a chalkboard by the bar. Arroz negro was on the list and we had to get it. We also ordered another two dishes. The portions actually turned out to be rather generous compared to some other tapas joints that serve smaller bites. 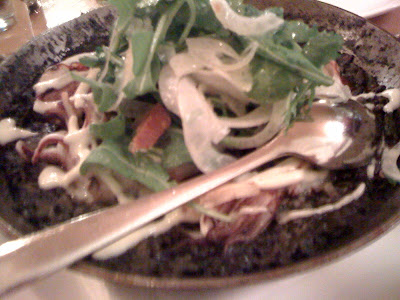 Arroz negro which is also known as black rice or paella negra. The color comes from squid ink. It was served with arugula and squid, and drizzled with aioli. 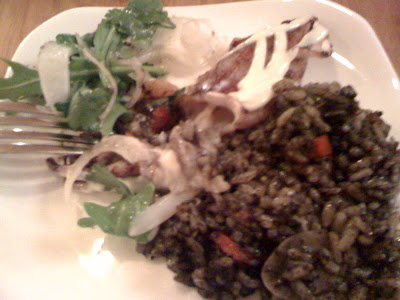 This was absolutely scrumptious- there was so much flavor in the rice. These squids were unusually large, fresh and actually a bit undercooked but in a good way. When I say undercooked, it isn't that the squid itself was raw. In fact, it tasted like it normally does, however you could see the squid fluid oozing out of the mantle. Honestly, I don't know if it was intentional for the fluids to still be liquid but personally, I liked it because I thought it lent a seafood essence to the dish. However, some might be turned off by it because it was a little slimy. 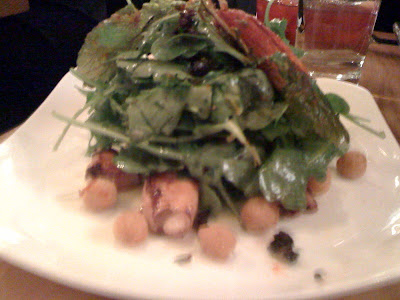 Txipirones: Baby squid a la plancha, arugula, olive, crispy radishes and garbanzos. The chick peas were deep fried. A la plancha means that the squid was cooked on a metal plate or skillet. Although the squid was tasty, I didn't think there was anything great about this dish. In fact, there was too much arugula so this dish seemed more of a salad than a squid dish. On the other hand my friend, a salad lover, enjoyed this dish. I suppose I would have had less of an issue with it if it was in the salad section instead of the tapas section. 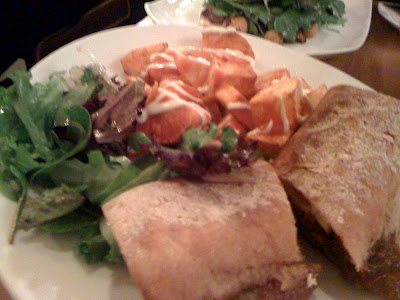 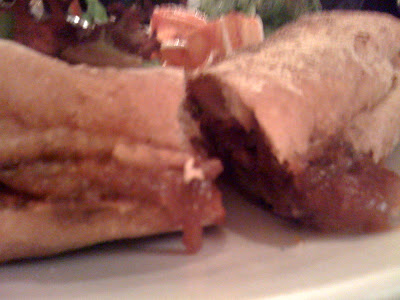 Another delicious and large plate. The duck was shredded, tender and the bread was rustic and crispy. I really enjoyed this dish because I love duck and don't usually get it in a sandwich. I also liked the sweetness of the quince paste. The sandwich was served with salad and potato bravas which had a hit of spice and aioli.

What a filling meal for 2 people, and it cost $45/person including tax and tip. I really liked Boqueria. I thought the place was lively, the service was good and the food was delicious. The price was also very reasonable, considering that 1/2 of the bill was related to the $32 pitcher of sangria. Boqueria Flatiron was a great first meal for my NY visit. It's definitely a sign of good things to come.