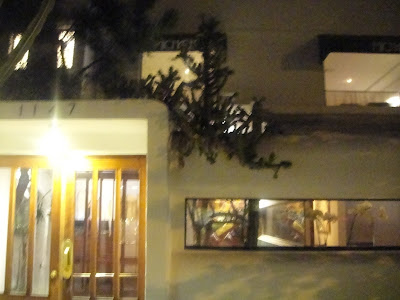 I have a twofold dineLA restaurant criteria. dineLa is only a good deal if the restaurant's menu is pricey, and if dineLA offers good items on their menu, things that you would normally want to order. These two points are important because sometimes you are left with crappy options or the prix fixe isn't that great a deal; you would only save a couple bucks but you loose the flexibility to order.
Michael's is a place that we've been wanting to try for a while. It's known for its fresh ingredients, mostly from the Farmers Market. The restaurant is pretty fancy and the menu is pricey- Appetizers are priced in high teens to mid 20s, and entrees average $40. At $44 for the dineLA menu, it's a steal and I would have wanted to order sweetbreads and the chicken anyway, so this meets my dineLA criteria. The restaurant has an extensive wine list. 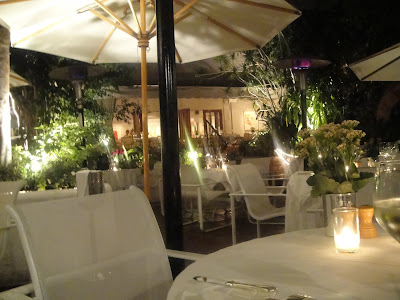 Michael's has indoor and outdoor seating; the inside is old school 70's decor and the outside looks like a forest. There is elevator music playing in the background and the crowd is definitely on the older side. 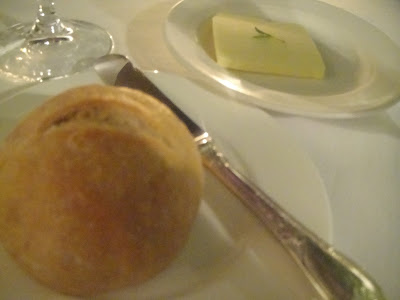 The bread was hot and the butter was salted.

LB and I were wondering what the expectation is for amuse bouche. We know it's common in French restaurants, but I see it more in contemporary, trendy restaurants. I was trying to recall if I had ever had it in an old school French establishment. I love amuse bouche because it's something that you would not have ordered and have no idea what it would be. So, will Michael's bring one over. Well, Yay! they did. 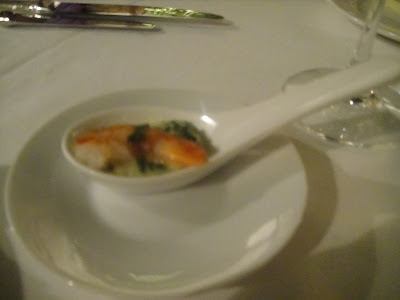 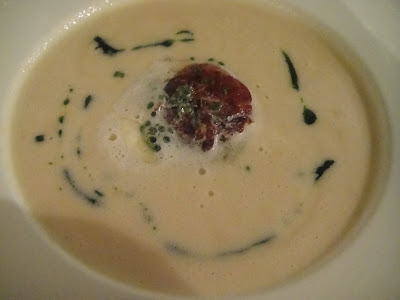 White corn soup. Oh man, this was delicious. It was creamy, rich and so flavorful. The pork belly was just a tiny piece but it was sufficient. It was cooked well; tender, wasn't dry and oh so fatty. 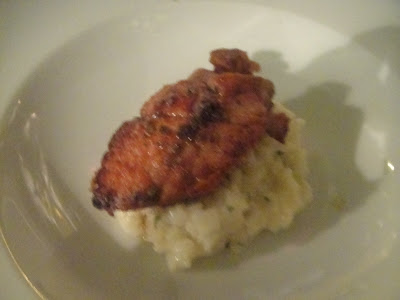 The sweetbread was a huge piece, we had never seen anything quite that large. It was cooked perfectly and you could taste that lovely distinct flavor of the sweetbread. I also liked the risotto, however I didn't really taste much lemon brown butter. 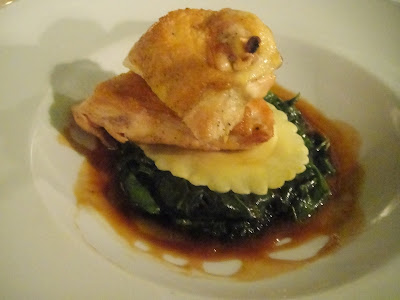 The menu said chicken breast but they served a drumstick as well! The chicken drumstick was tender, but the white was a tad bit dry. It didn't really matter because I barely touched the breast as there was so much food. The skin was perfectly crispy and the squash ravioli was absolutely delicious. The squash puree was sweet and smooth; too bad there was only one ravioli on the plate. I thought there was way too much spinach on the plate, there seemed to be both sauteed and pureed spinach. A bit of an overkill. 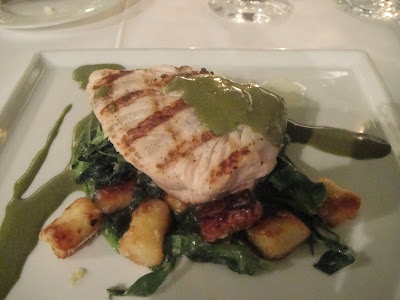 The albacore was a bit overcooked but not too much, it was probably sitting for a few too many seconds. But it was seasoned well. The gnocchi was also a bit overcooked and was charred but personally, I liked it because it is not too cheesy this way. 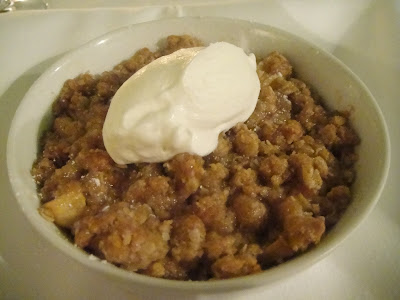 Apple crisp. I don't usually like to order fruity desserts but I decided on this one. The apples were sweet but not overly. I liked the crumble on top; it wasn't hard or too crunchy. The dessert was alright, it didn't win me over. 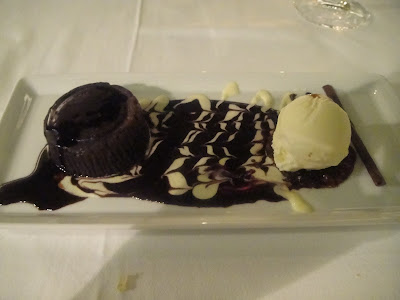 The service was great and Michael even came out to talk to every table. The appetizers were great but the entrees and desserts weren't anything special. Also, spinach must have been at the farmers market because it was prevalent in most of our dishes. Overall though, I thought that the dineLA menu was worth it. It was a good deal for a good dinner and I don't think we could have ever walked out of Michael's for what we paid. And I have to say, that soup was absolutely amazing.