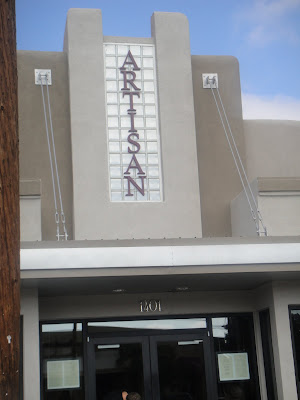 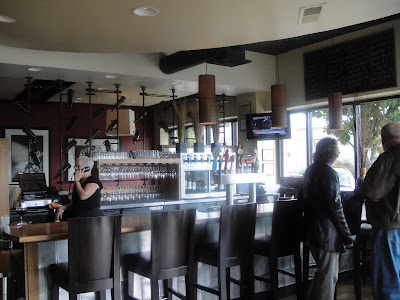 Artisan Restaurant came highly recommended by various sources. We tried to get dinner reservations over a month ago to no avail. Thankfully, there was availability for brunch. In fact, it was actually quite empty when we were there on Sunday morning; only 3 other tables were occupied. Located in downtown Paso Robles, Chef Chris Kobayashi's menu is American cuisine with fresh ingredients. Everything on the menu is creative and interesting. There are variations of french toast, omelets and breakfast sandwiches. 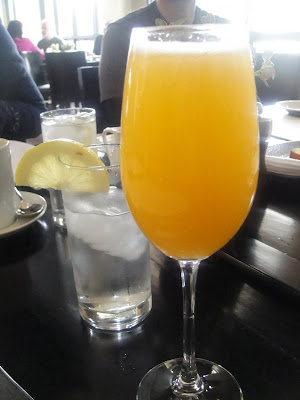 Mimosas $7.50 but it was a large glass; usually you get a measly Champagne flute. 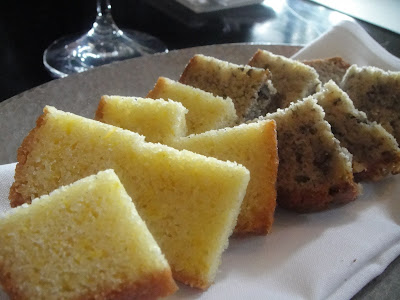 Bread to start; banana and walnut, and lemon cake. Loved this! The banana bread was the favorite of the table; it was soft, sweet with a little crunch from the walnut. 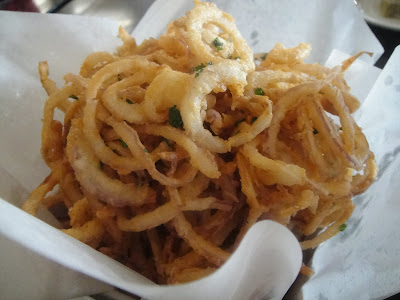 We started with a side of onion rings, which was actually deep fried shallots instead of the traditional onion. Wow, this is my new favorite version of onion rings. The shallots were sweet and because they were small, there was more breading to each bite. It was served with a side of homemade tomato sauce, which was essentially marinara. I love marinara sauce as a side instead of ketchup. The latter is so much heavier, sweeter and thicker. 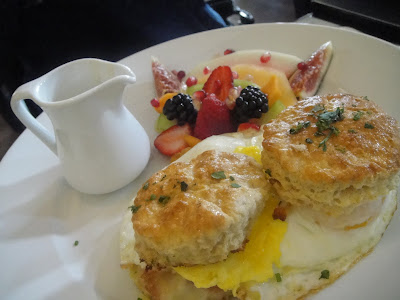 Fried egg slider, la quercia prosciutto, emmentaler, buttermilk biscuits and market fruit, served with gravy. Most of us wanted to order this because it sounded just like a McDonald's breakfast biscuit but better and more sophisticated. I loved that they used prosciutto over bacon or sausage. The side of fruit was also very elegant, with figs and berries, instead of the cheaper melon mix. Surprisingly, the gravy was rather light. 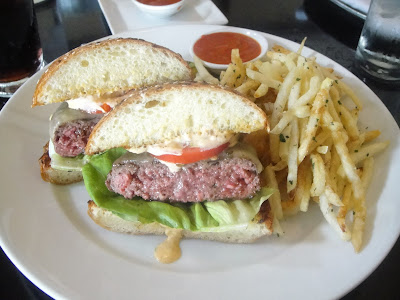 Local charter oak bred burger, organic white cheddar, cracker wheat challah, shoestring fries. You could tell by tasting that the meat was organic and fresh. I also like that they used wheat challah instead of a regular burger bun. 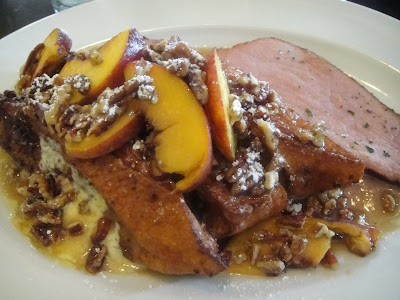 Crisp french toast, mascarpone, pecan maple syrup, double smoked ham and stone fruit. The toast was definitely crisply toasted but the plate looked a bit messy. I liked the ham which was tasty with a little sweetness from the maple syrup. This is definitely a version of french toast that you would not be able to get anywhere else. 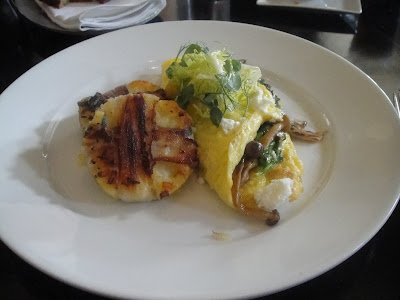 Wild mushroom omelet, pea tendrils, happy acres goat cheese and pancetta potato cakes. I really liked the potato cakes that were soft in the center, crispy brown on the outside, and wrapped in pancetta. This is also a fancier version of a mushroom and cheese omelet. 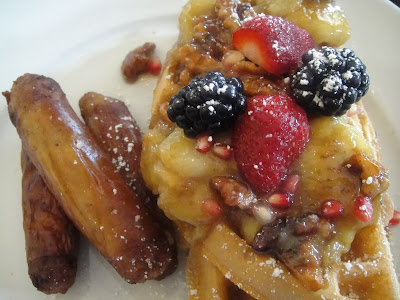 Banana foster malted waffles, candied walnut, Myer's rum and natural pork sausage. The pork sausage was good; salty and lean. The bananas were a bit mushy though, and didn't look appetizing. I also thought that there was too much rum and the flavor overpowered the rest of the dish. 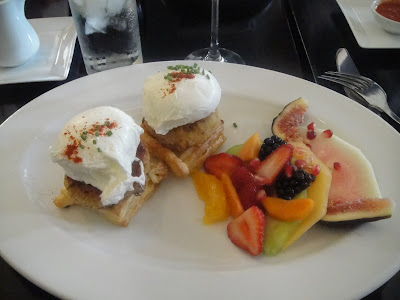 Pan roasted dungeness crab cake benedicts, poached eggs, butter puff pastry and bernaise. Although it sounded like a great idea - replacing English muffins with puff pastries, the texture of the puff pastry did not go well with the crab cake. Also, it wasn't as absorbent as English muffins, that easily soak up the runny yolk. 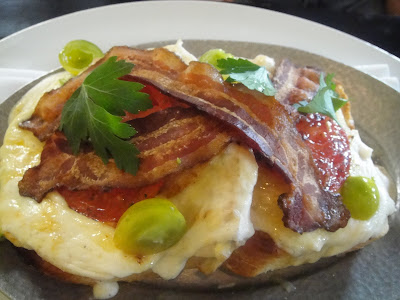 Kentucky hot brown, diesel farm turkey, cheddar gratin, grilled tomato, brioche and bacon. No one at the table knew what hot brown was. Turns out, its just an open faced sandwich, with hot turkey over toast and cheesy or creamy sauces over it. Brioche is so much more delicious than a regular toast. There was a lot going on on this plate and it was definitely large enough for two people.

Everyone in our party walked away from Artisan pleased and impressed. At some restaurants, brunch is a lame menu compared to the dinner. However the brunch food at Artisan was absolutely delicious; the flavors were all there. The plating was fun and playful, presentation was lovely and the preparation was unique. The menu ideas are familiar (omelets, benedicts) but a couple components would be switched up. The portions were large and although there were glimpses of fruit or veggies on each plate, most of it was very heavy, but it's a good way to get some food in the stomach before another day of wine tasting. I really enjoyed brunch at Artisan; I thought that it was innovative and different, and I guarantee that you won't find the same dishes elsewhere.