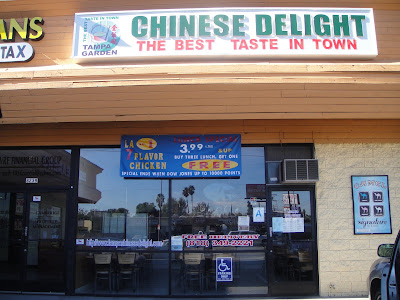 I came across this Chowhound thread about a place in the San Fernando Valley that serves xiao long baos. I had gone to the popular Din Tai Fung in Arcadia two months ago and really enjoyed the dumplings but was not feeling the 30+ mile drive. But I can sure make the 18 mile drive to Reseda. Hounds were going on about how they enjoyed the food so I was optimistic.

I was taken aback when I arrived. The restaurant Tampa Garden Chinese Delight looked like a cheesy strip-malled Chinese fast food joint. There was a huge banner that said there was a buy three lunches get one free special when the Dow got up to 10000 points. Didn't anyone catch up on MSNBC in the last month? Also there was the restaurant website embossed on the door so I googled it but the website doesn't exist. I got there a bit before 11am when it opened, so I peered at the menu taped on the door and it looked like normal take out food like sweet and sour chicken.. No dumplings? Ugh, not authentic things that a Chinese would order. In fact, my sister pulled up beside me and suggested going somewhere else. Let's just give them a chance, I said as I convinced her to stay. 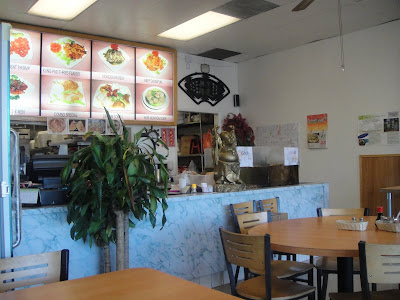 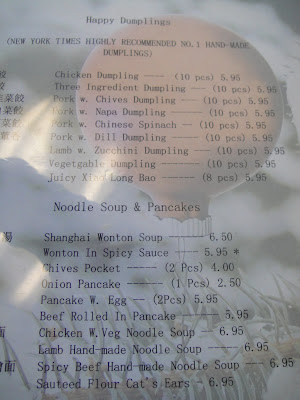 The place is run by a mother and daughter duo. I was relieved when the mother brought over another menu that listed dumplings and more authentic Chinese food. This was what we had come for. None of that mu shu pork, please. The mother only speaks Mandarin and I don't think she noticed the confused and frantic looks I was giving her. Thankfully my sister was there and somehow she retained all that Mandarin that we learnt as kids. Have no fear if you don't have a sister that understands sufficient Mandarin to get by; the daughter speaks English. The mom is such a sweetheart though; very friendly and smiling all the time.

We decided to share a couple dishes between the two of us. 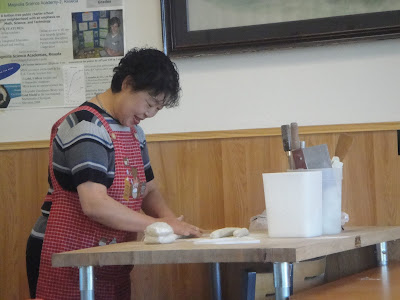 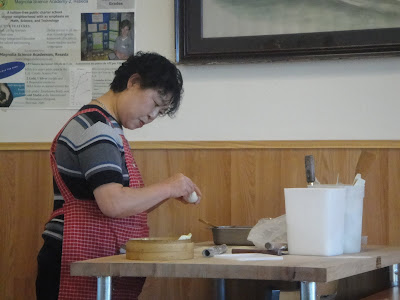 The mother hand made the dumplings on the spot. 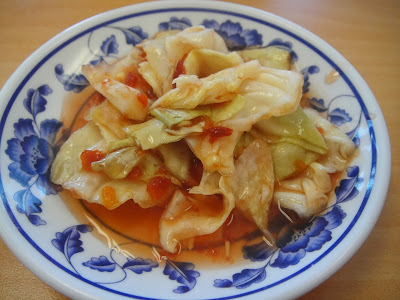 Side of pickled cabbage which was very spicy. 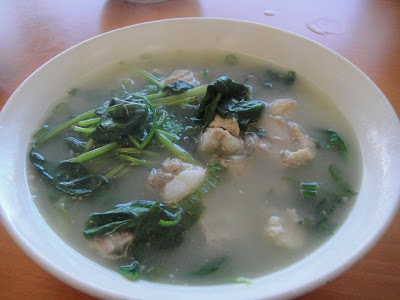 Short rib, veggie and vermicelli noodle soup
This was a last minute add-on when the mother mentioned that we should start with a soup. 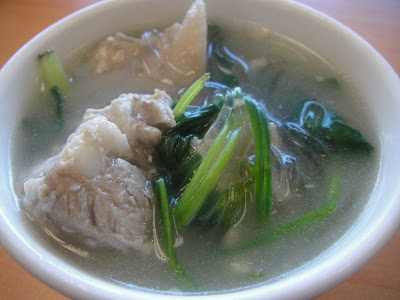 Serving of the spare rib soup
The pork was tender and each piece had a lovely piece of crunchy cartilage and fat. I liked the addition of the vermicelli noodles. The broth was soothing and flavorful. 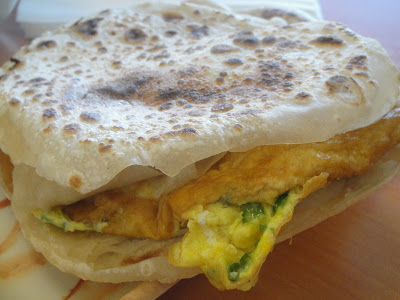 Pancake with egg
The pancake acted like a pita bread that held the fried egg filling. I liked the outer crust of the pancake but I thought the middle section was a bit too doughy. This came with two pieces and was very filling. 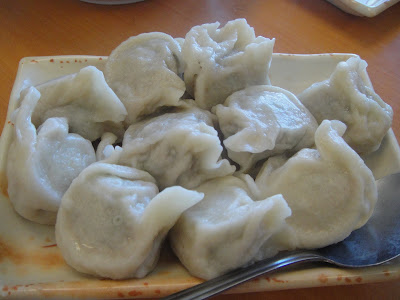 Pork and chive dumpling
The green chives were colorful and added that mild onion flavor to the salty pork. I have to mention that the dumpling skins are on the thicker side. In fact, we had to adjust our strategy a bit if we wanted to get to the XLBs. We didn't eat all the dumpling skins because we did not want to fill up on the starch. 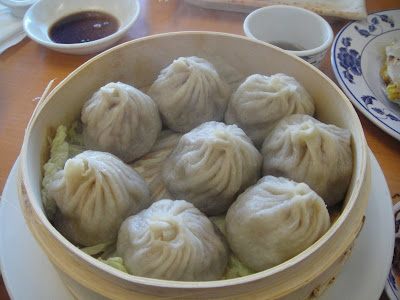 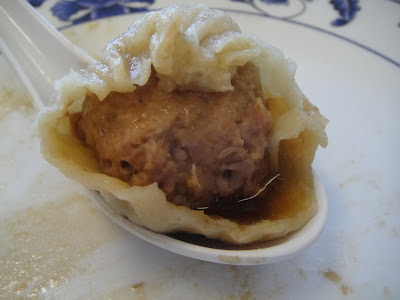 Xiao long bao
These dumplings were huge and coarser than the ones I had at DTF. The filling was bigger like the size of a mini meatball and the skin was thicker. Don't get me wrong, bigger is usually better, but sometimes too much meat can, well, be too much. Come on boys, get your head out of the gutter. In any case, the dumplings were still delicious and the hot soup filling was tasty.

This place is rather charming, mostly due to the mom who kept coming by to chat with us. The dumplings are huge like they were made for the land of Brobdingnag. All that food for $27 which could have easily fed another person. The mom hails from Northern China so the food is starchy, more filling and with bold flavors. You can tell by the large portions and the rough around the edges dumpling skin. I like to call it rustic. Don't expect the fragile dumpling skin or the delicate portions like those of the Shanghainese version. This is the type of food that a Grandma would make at home. There was a durian boba drink that was calling my name but there was no way I could stuff anything else in my stomach. Next time, I'd invite more people because there was way too much food for two people but yet we wanted to sample a variety of dishes. I walked away full and with a valuable lesson: Don't judge a restaurant by its ordinary exterior.

Great report. I love their dry style beef chow fun. And of course, their XLB.

Thanks Galen. I'll have to try the beef chow fun next time. It's so difficult with so many choices..

Looks great. Do they have tables to seat 8-10 as our www.asianfoodies.info group like to swarm places like this. What's the largest group size you'd recommend.

Would you mind if I used some/all of your review in my event writeup for our group to check out this place. We'd probably have 20-40 people wanting to go.

Sorry it's too late to call them right now.

Hi Darrell- I don't recall a table that seats 8-10 but you can most certainly join up two tables. I think 8-10 is a decent size- its fun to be able to order a variety of items. It's best to call them to ensure that they can even hold 40 people (which i think will be quite difficult. 20, maybe)

Sure! Go ahead and use my review for your writeup. Have fun! I know you'll enjoy it. Report back too, I'd love to hear what you guys ordered!