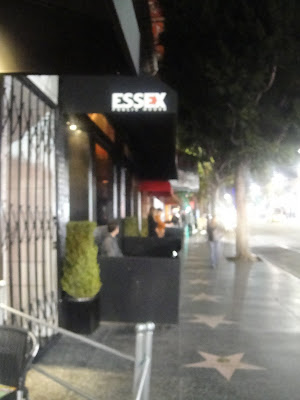 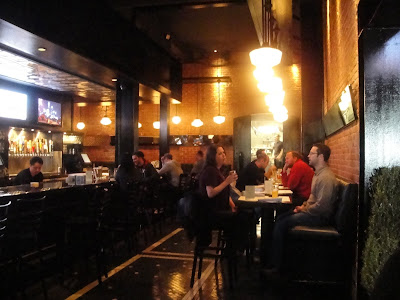 Could it be? Was I finally going to make it to Essex? It's been on my list for a while but since most everyone I know lives in the Westside, no one ever wanted to meet in Hollywood for happy hour. Thankfully, LB who works over the hill in Burbank decided to meet me in Hollywood. We had partook of the 7 course menu at Sona the night before so we didn't want to make it a food-centric night. Just drinks and small bites will do.

Essex Public House is a gastropub located on the Hollywood strip, walking distance to Hollywood and Highland, and various restaurants and stores. Happy hour runs daily from 4-7pm. I was surprised that it was clean and modern inside, not dingy and smelly. The place is rather spacious and you have various choices of where to be seated. 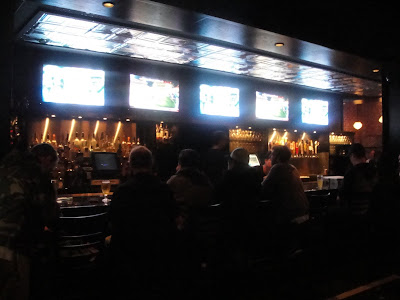 The bar is lined with TVs playing sports games. 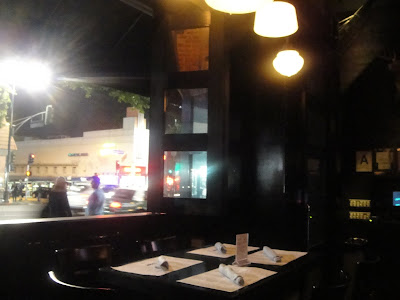 There are seats by the window, overlooking the blvd. I spotted many young ladies walking by, dressed in glittery short dresses and high heels. 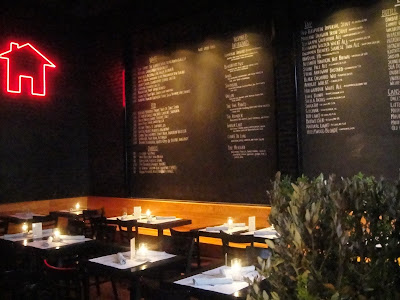 They also have a pseudo patio area with high ceilings. 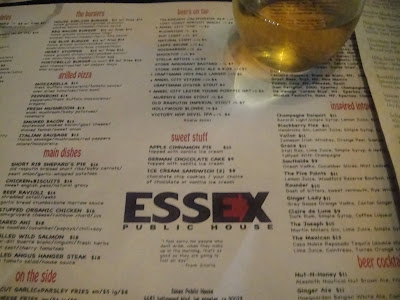 Executive chef Chris Ennis recently left the establishment only after being there for less than three months and the sous chef rose to take his spot. The beer menu remains extensive and the food menu changed slightly after his departure but many of the favorites (figs in a blanket, burger and pizzas) still remained on the menu. Since we were looking to just sample a few small dishes, the happy hour menu did the trick. 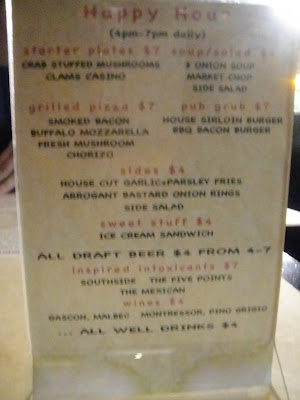 Happy hour drinks! Wow, all draft beers and Pinot Grigio for $4 each? Nice! I'm glad they didn't stick us with an oaky Chardonnay and crap beers. 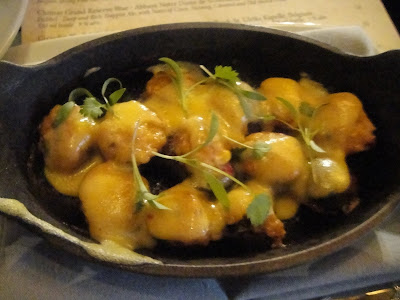 Crab stuffed mushrooms
The mushrooms were the small measly type, I was expecting larger mushrooms that would be able to hold more crab filling. The filling was dungeness crab and a red chili hollandaise sauce. The sauce looked kind of gross and congealed. I also found the crab stuffing to be a little fishy. It was alright for happy hour price of $7 but we didn't think it was worth the full price of $12. 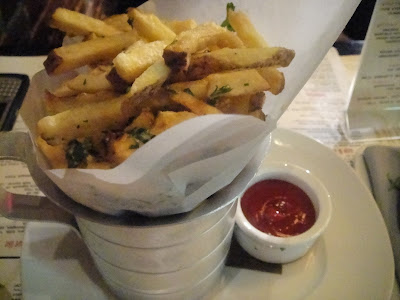 House cut garlic and parsley fries
It was a very large portion for $4. In fact when it arrived, I thought, "there is NO way we'd be able to finish this" but we most definitely did. The fries were fresh, crispy, garlicky and well seasoned. 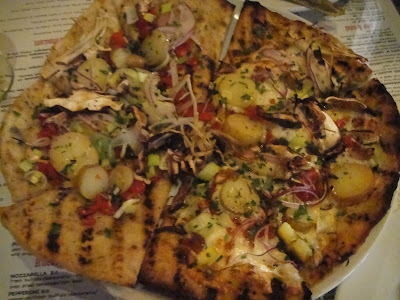 Mushroom Pizza for $7
We got this half cheese, half no cheese (for me). This was actually more of a flatbread instead of a pizza. I actually really liked it because (shocker!) it wasn't a pizza! Pretty good sized happy hour pizza. The ingredients were fancier than your regular mushroom pizza. There was enoki and porcini mushrooms, baby potatoes, leeks, roasted red bell pepper, rosemary and fontina cheese. I liked the thin crust and I also mashed the potatoes into the flatbread which actually became a bit like a glue so that the toppings would meld into the pizza. 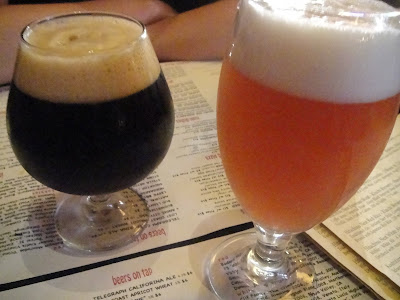 We decided to try the beer cocktails. They were $11 each but very large servings.
Nut n Honey - Alesmith nautical nut brown ale, Frangelico, barenjager and honey simple syrup
You could really taste the Frangelico and the honey syrup right away. I thought it was a bit too sweet but LB loved it.
Ginger Ale - Hoegaarden Belgian white ale, ginger liqueur, creme de casis
I love Hoegaarden and this beer cocktail was delicious. The beer itself has a tinge of spice and citrus, and the ginger added additional spice to the drink.
It worked out perfectly because I really liked mine over hers, and vice versa. We enjoyed it so much that we ended up getting another round.

I had a good time at Essex and am glad that I finally made it there. Happy hour offers very good drink deals and I liked the non traditional bar grub. The bill came out to $85 excluding tip for 4 drinks at Happy Hour prices + 4 beer cocktails + food. I'd want to try the regular menu next. They have short ribs shepherd's pie and beef ravioli with bone marrow sauce! The service was good and our waitress was friendly and just a ray of sunshine.

I liked that Essex wasn't that typical "Hollywood" scene and instead was a casual, chill spot for good beers, food and watching the game. I was surprised that it wasn't that crowded for a Thursday happy hour. There were people at the bar but it was by no means crowded and there were many open seats. In fact, the bar cleared out at about 8 but while we were leaving at 9, we noticed the influx of the next batch of drinkers; the ones dressed in designer jeans and messenger hats, drinking vodka tonics and tequila shots. Ahhh... apparently "Hollywood" arrives at 9.