It's the Great Pumpkin (Ravioli Recipe) 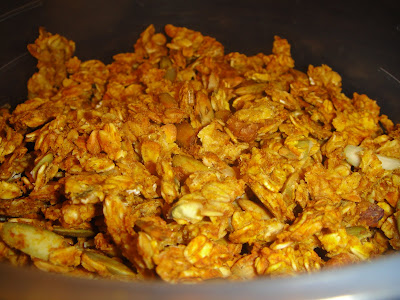 It's absolutely addictive and healthy too.

After preparing the granola, I still had a lot of pumpkin leftover so I decided to make pumpkin ravioli. I've watched Giada De laurentiis on Food Network make raviolis with wonton wrapper so I hopped on the computer to find some easy recipes. I decided to make a meal out of a combination of two recipes. The ravioli from Health Magazine and a mushroom broth from Cleveland Clinic. This was looking to be another healthy meal. 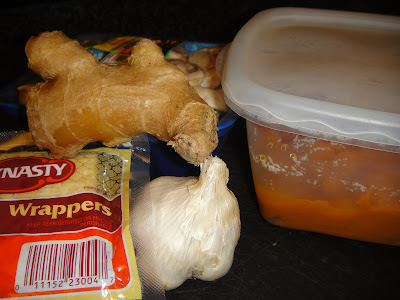 The recipe is easy and quick to prepare. 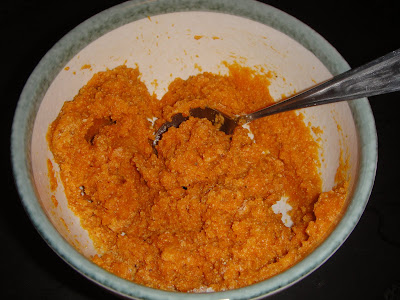 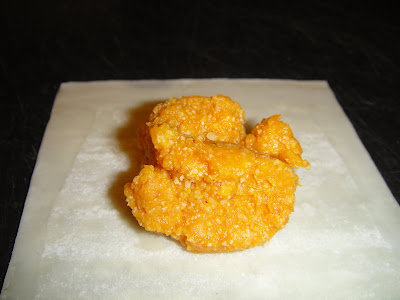 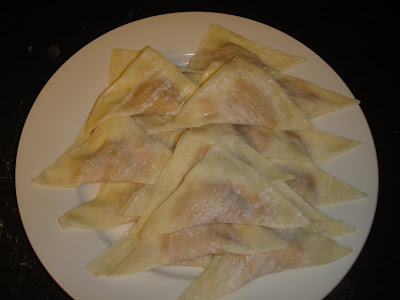 Fold the wonton wrapper over the mixture and secure the edges with a little water. You could also try out different fillings such as mushrooms or butternut squash. 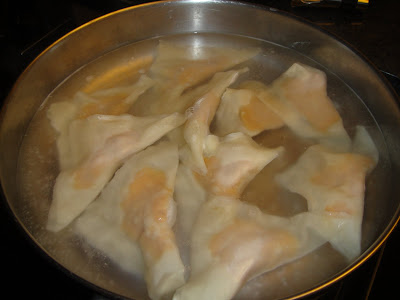 The raviolis are then boiled. 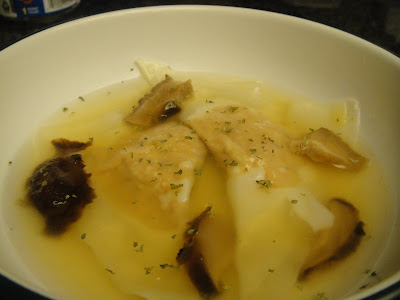 The cooked raviolis are then placed in a bowl and topped with mushroom broth. The final product is a simple, light meal.

Combine the pumpkin, Parmesan, salt and black pepper. Spoon about 2 teaspoons of pumpkin mixture into the center of each wonton wrapper. Moisten edges of dough with water; bring two opposite sides together to form a triangle, pinching edges to seal.

Place raviolis into a large saucepan of boiling water with 1 teaspoon salt; cook 7 minutes, and drain in a colander.

To serve, place 4 ravioli in a shallow soup bowls Ladle ¾ cup of wild mushroom broth into each soup bowl. Top with a quarter of the mushrooms and garnish with parsley. Serve immediately.

To make the broth, combine the chicken broth, rehydrated mushrooms, ginger and garlic in a saucepan, bring to a boil, then simmer for 10 minutes.

Ooh! I am so glad you tried making the granola. I haven't made it in awhile but I think it's time for another batch :) I'll have to try the ravioli - sounds great!

I've already made it 5 x haha, i am seriously addicted! the 1st time, I used the splenda packets (bad choice - apparently its much sweeter than the baking one)

Yum, This looks amazing! I love pumpkin!
I'm having my first linky party on my blog and the theme is pumpkin. I'd like to invite you to come link up your favorite pumpkin recipe. The link is open until Wednesday at midnight, so please stop by and say hi.