Brunching at the Westin Mammoth: for those of us that can't afford to stay there.. 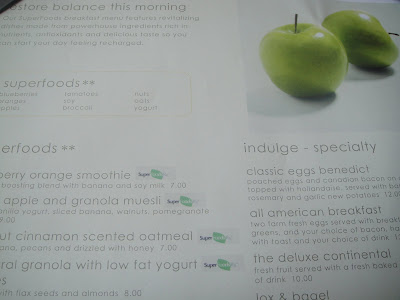 It's Sunday morning, after a night out dancing at Lakanuki two days in a row I might add, we're craving a mimosa. There aren't that many spots in Mammoth Mountain that serve up a mimosa with breakfast. You see, Mammoth is more of a casual, burgers & beers, cheap but good Mexican food type of place. It was storming pretty hard so we didn't want to stray far from condo. The Westin was an obvious choice. The hotel is pretty darn cool. It's located right in the Village across from the gondola that takes you up to the ski resort. They have a ski/board valet and also a shuttle that transports you to and from the airport. Unfortunately it's about $200-300 per night on the weekends. 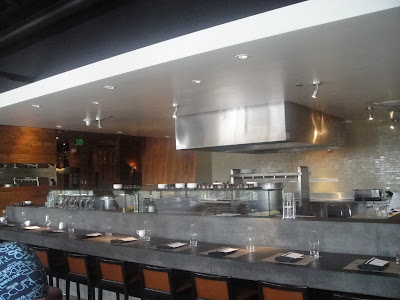 Whitebark has an open kitchen which appears to be a sushi bar as well. The decor and furnishing at Whitebark is quite intricate, like the hand blown glasses, heavy crafted silverware and salt and pepper shakers. 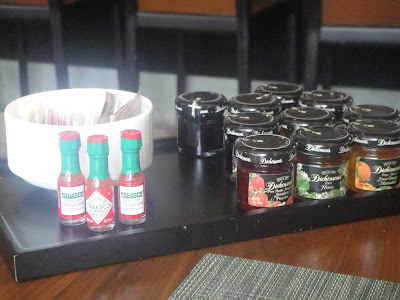 They have miniature jars of jam and Tabasco on each table. I like the selection of jam and they had two of each kind on the table. We counted. 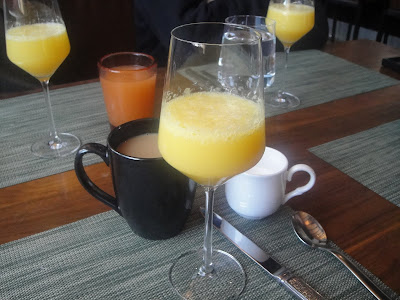 Mimosas. The OJ was fresh and pulpy. Wish they filled the glasses. 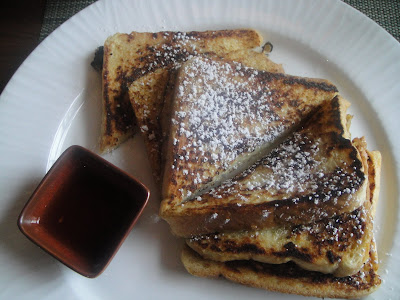 Grand Marnier french toast with a side of sweet creme. 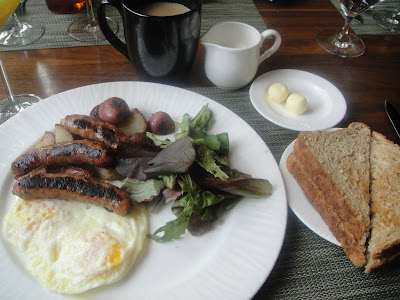 All American Breakfast that included two eggs, a choice of bacon, ham or sausage, toast, potatoes, salad, a side of fresh fruit and a choice of a non-alcoholic drink. The sausages were delicious and they had a chicken option. I also liked the toast which was thick and crusty and served with soft butter. All this for $12. This was quite the feast even for a hungry, hungover gal. 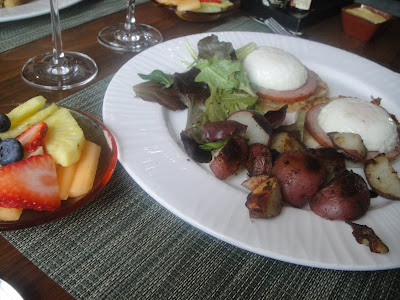 Eggs benedict with potatoes, salad and a side of fresh fruit. Again, good sized portions. The eggs were perfectly poached.

For a hotel restaurant, the prices aren't too bad given the amount of food that you get. The food was good too, not like your typical hotel generic buffet. We were seated by the window and watched as the snow came down fast and furious, as we laughed at the poor schmucks that were out on the mountain, battling the 50 mph winds while we slowly sipped our mimosas.