Saturday late night started at 9.30pm, first with drinks at Copa D'oro, a great cocktail bar in Santa Monica with fun drinks made with fresh ingredients. I got the Ginger Smash (Gin, Berentzen Apple Liqueur, Ginger and Fresh Cranberry) which was strong but delicious. 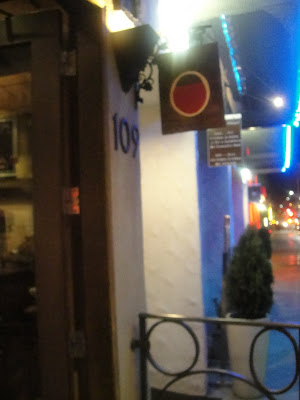 After our drinks, we headed for Bar Pintxo to catch their late night Happy Hour. Again. Yes, I was just here the weekend before, but I find it hard to pass up on good happy hour deals. 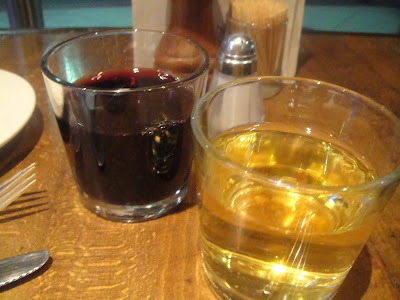 The last time we ordered sangrias, which I thought was a little weak, so we went with wine this time. You can't water these puppies down. 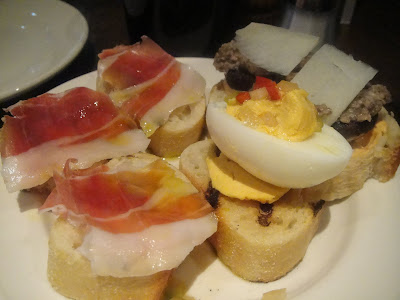 6 pintxos for $6 (i.e. $1 a piece). The last time, I ordered one of each of the six items but this time, we only picked the ones we liked, such as the mushroom crostini, jamon serrano and huevos rellenos. 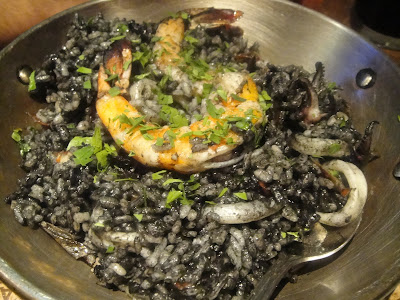 One of the specials on the chalkboard was arroz con negro. I love squid ink rice, both the color and the deep, rich flavors. The seafood was cooked perfectly and there was a nice selection of calamari, shrimp and oysters. The best part of course, was the residual crunchy rice at the bottom of the paella pan.

After our quick bite, we decided to catch Blue Plate Oysterette before it closed for the evening. 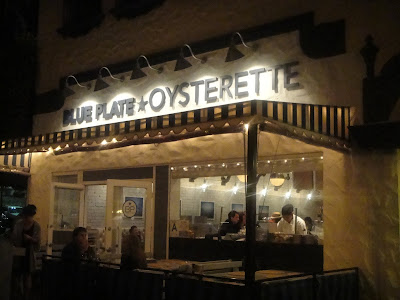 The original Blue Plate is located on Montana Ave. in Santa Monica, serving American comfort food. The owners opened up the Oysterette by the ocean six months ago. 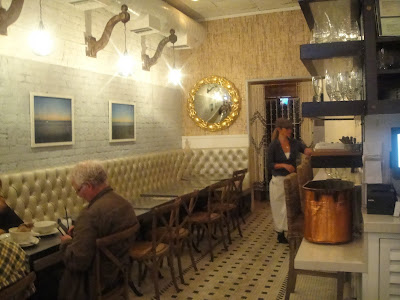 It's rather quaint inside and looks like it could belong somewhere in Cape Cod with its blue and white decor. The outside seating had the feel of Cannes, where we were just at a year ago. How fitting a location for us to reminisce. 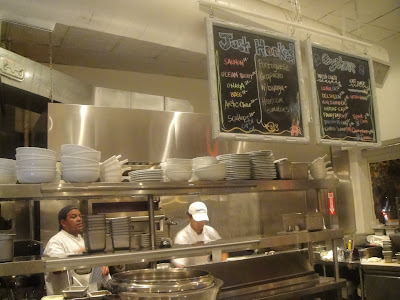 We grabbed seats at the counter, overlooking the open kitchen. 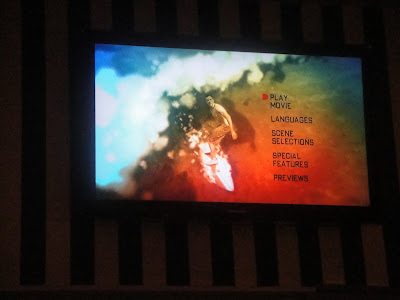 Any place that shows surf videos is a winner in my book. 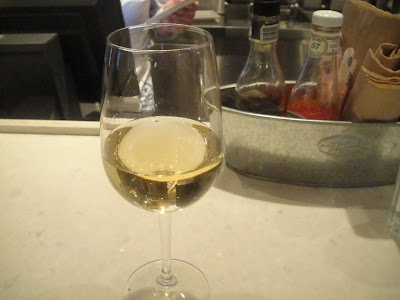 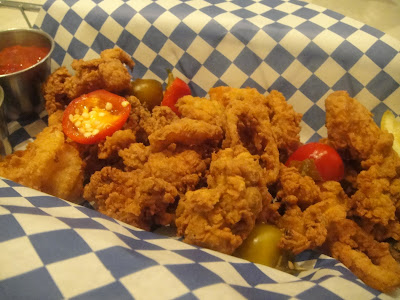 Fried seafood combo with oysters, calamari and shrimp. The breading was thick but not oily. I prefer fried oysters over fresh so I was delighted with this. It's also tough to find good, fresh fried oysters in restaurants. 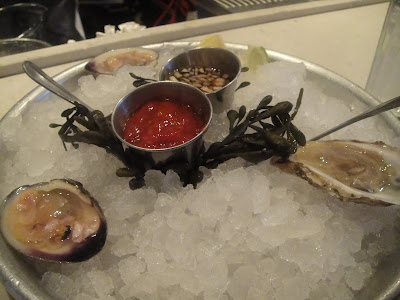 We also decided to sample some fresh shellfish, from their Specials menu written on a blackboard that was hung up by the kitchen. We weren't hungry so we just opted for two clams and one oyster. The fresh seafood was served with mignonette and cocktail sauce. 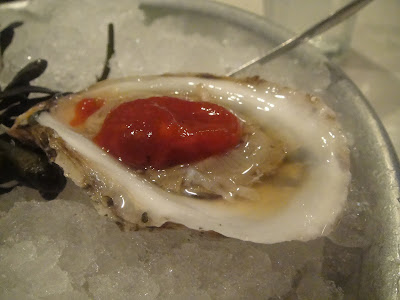 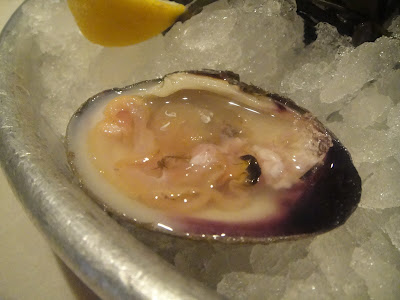 Two top neck clams for @ $1.50 a piece. Although fresh clams seem less popular than oysters in general, I like the clams better. They are sweeter and have a firmer texture.

Bar Pintxo didn't fail, once again. The prices were good and the arroz con negro was delicious. I liked the fried seafood platter at Blue Plate but it wasn't cheap at $17. A fun night of seafood nibbles, set by the ocean. You really can't ask for anything more.

More squid ink - yay! Have you had the arroz negro at AOC? It's spectacular - my favorite thing there!

ahhhhh AOC is on my list, it's been on there for years! Now I def have to try!