We were gathering for our friend's surprise birthday party at the Clippers vs. Bucks basketball game, so we decided to take the opportunity of being in downtown to scope out the local scene. Since it was St. Paddy's Day, drinking was top priority. Unfortunately we also wanted to avoid the crowds so we decided on BottleRock, a wine bar close by the Staples Center. The 1st BottleRock opened in Culver City and is primarily a wine bar with a limited food menu. The downtown location serves a full lunch and dinner menu, in addition to a small plates bar menu. The chef is Jared Levy who worked at Providence, and the founders are Fred Hakim and Adam Fleischman. Yes, that's the same Adam of the Umami franchise. 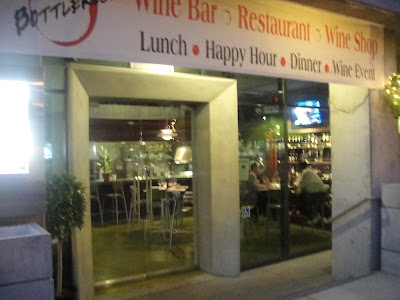 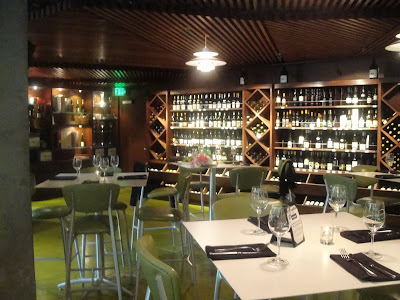 It's pretty chic inside with green furniture and flooring, and walls lined with wine bottles. 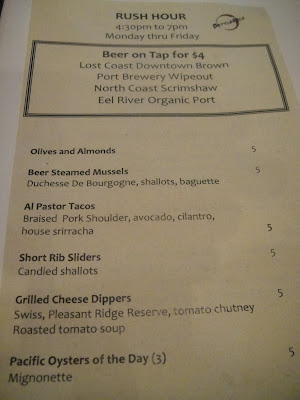 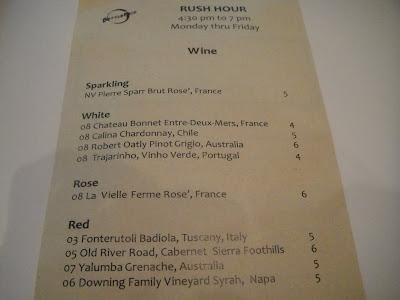 Happy hour runs from 4.30-7pm and includes wine at $4-6, draft beers for $4 and appetizers at $5. I liked the drink selection and was glad to see good beers and wine on the menu. Thankfully, no Bud Light to be found. 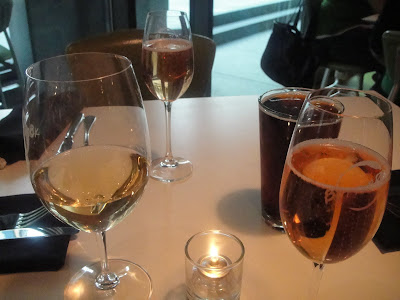 We started with a round of drinks: the Brut Rose, Pinot Grigio and the Downtown Brown. 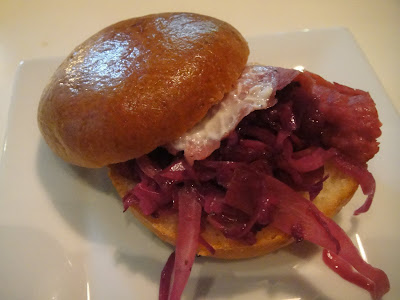 Since it was St. Paddy's Day, they offered corned beef slider (three per plate). Sounds great but I had a few issues with the slider. #1. There was too much mayo on the bun. #2. There was too much bun. Don't get me wrong, the bun was fresh and buttery, but when you took a bite of the slider, all you could taste was bun. #3. There was barely any corned beef. In fact, only half the slider had corned beef, and there was probably only two thin, measly slices in each slider. 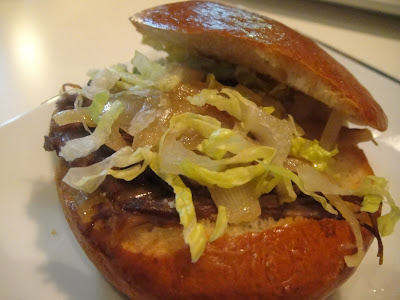 Short rib sliders with candied shallot. This slider was slightly better than the last, but once again, all you could taste was bun. They definitely need to add more meat to their sliders. 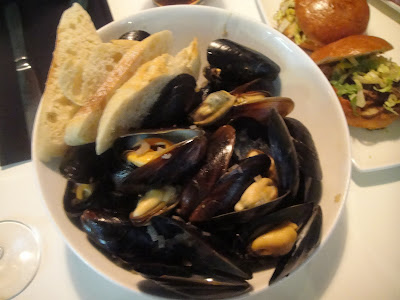 Beer steamed mussels. After the disappointing sliders, we were quite pleased with this order. The mussels were prepared well, not overcooked and were plump. It was also a generous serving for $5. The broth was flavorful and was great to soak the toasts in. 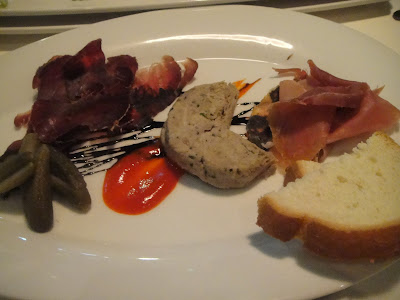 We decided to order the charcuterie plate from the regular menu. Three items for $11. We got the Bresaola, Duck rillette and Prosciutto di Parma. Bresaola is air cured beef. I was quite disappointed with the spread. The meats were shriveled up and looked so pathetic. Furthermore, they didn't look fresh.

I thought the food was not that impressive given that the chef came from Providence. The sliders were rather lacking in the major ingredient (i.e the meat!). However their happy hour prices were pretty good given the portion size. The mussels saved the day because they were delicious and filling. Unfortunately the food left nothing to be desired. I don't feel the urge to come back unless it's just to drink. 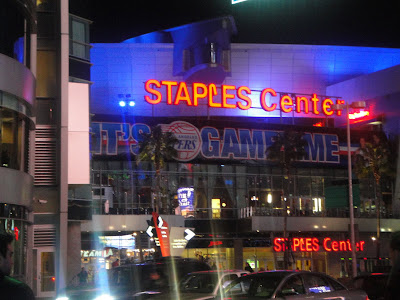 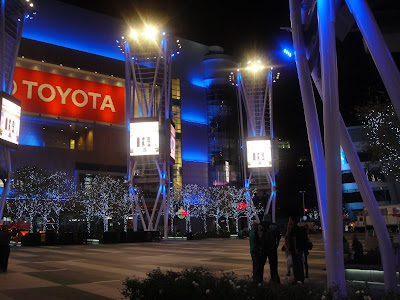 After our quick meal, we walked a few blocks over to the Staples Center. 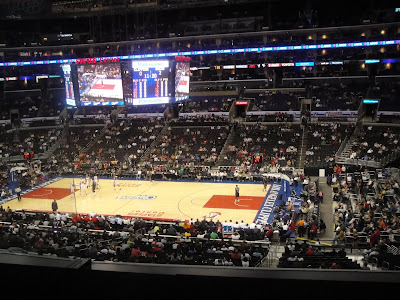 We watched the game in a suite. Well, to be honest, most of us were not even paying attention to the game. It's the Clippers after all! 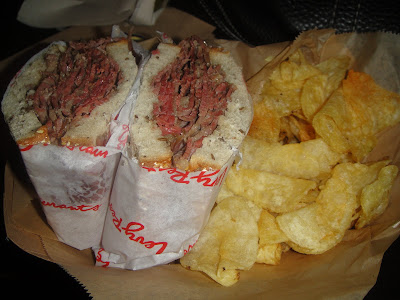 In the spirit of St. Paddy's Day and also because we were still hungry after the measly charcuterie plate and sliders, we ordered a corned beef sandwich from the concession stand, provided by Nate n' Al, served on deli rye with kettle chips. It was a pretty large sammie with loads of corned beef, unlike our unsatisfying pseudo corned beef slider from BottleRock. The corned beef was surprisingly rather tender and juicy. 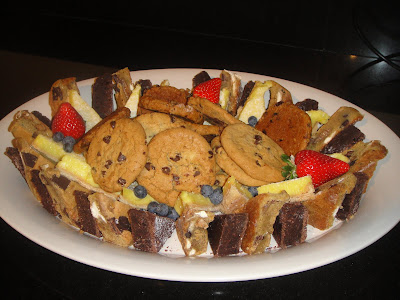 Dessert complimentary with the suite, rounded off the night. The lemon bars were the winner.

Oh my gosh, the buns look like they are eating all the meat up! Not ideal at all. Good thing you could fill up at the game - that sandwich actually looks pretty darn tasty! :)

Hi Diana - yes! too much carbs in that slider but the corned beef sandwich made up for it :)