Hide out at the Den in Hollywood

Why is it that the days before you leave for an extended vacation is always rifed with late work nights, sramblings to finish up errands and minimal time to catch up with loved ones before you leave? To kick off the holidays, my short work week and impending trip to Paris (don't hate), I was due for one last apres work drink session. I did a quick search on gastropubs in Weho and Hollywood. Yes I was tempted to hit up my favorite spot the Village Idiot, but I refrained. Something new before the close of 2009!
The Den of Hollywood is located on the Sunset strip, a place that I typically avoid at all cost but since it wasn't a weekend, I wasn't too concerned. The location used to house a waffle joint followed by a sushi restaurant. You can tell. It's casual, low key and nothing like its opulent neighbor Michael Mina's XIV. 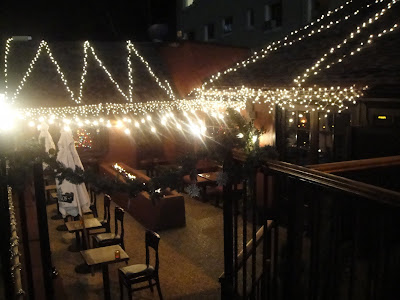 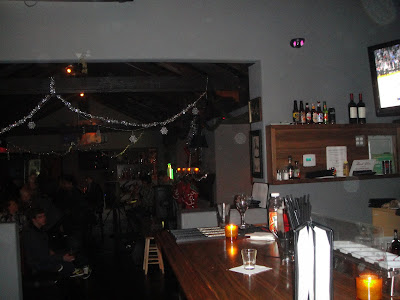 There's a patio with firepit at the entrance which is normally great for a Socal night (but not this night as it was too windy). The inside is cozy, fairly dark with a fireplace, booths and couches, and on certain nights they have live music. I loved the artists playing that night and was grateful when they came on because for a while, they were blasting music over the sound system to the point that we had to yell when trying to have a conversation. It doesn't get too crowded in here and they have valet which is key for a bar on the strip. 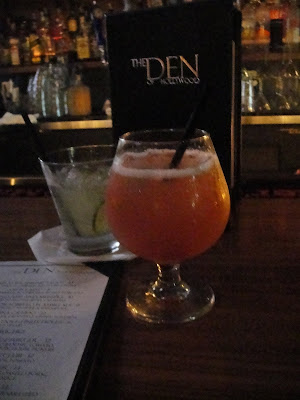 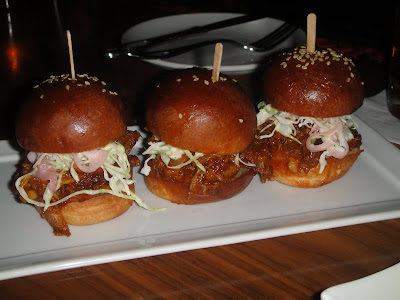 Pulled pork sliders
We really enjoyed this. The brioche bun was fresh and buttery, the pork was tender with the right amount of sauce, slaw and a tad of onion relish. 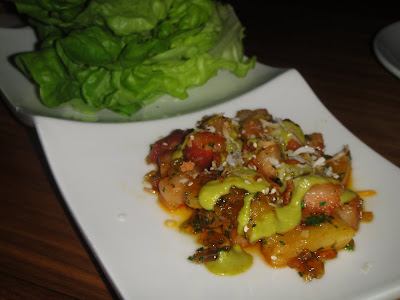 Pork belly lettuce wrap
The pork belly was cubed up and mixed with sweet pineapple and green onion vinaigrette. The pork was fatty and juicy. Delicious! Pairing it with fresh lettuce lightened it up a bit. 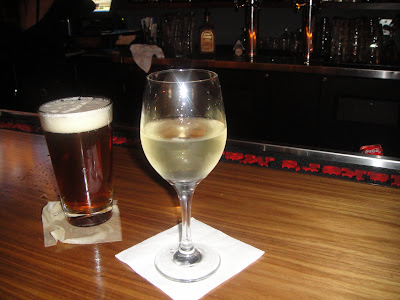 A couple more rounds of Sierras and wine

A pretty fun spot in a crazy manic strip, the Den is my kind of place. It's chilled, has a cool vibe, not pretentious (no need to dress up Hollywood style) and reasonably priced considering the location. The bill came up to about $100 without tip for the two of us. Yes, that may sound a bit much for drinks and a small bite but we did have about 4-5 drinks each. Now THAT'S the way to kick start the holidays!