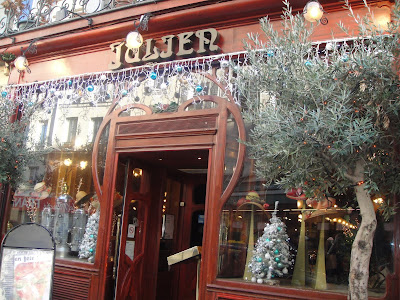 We had our first French meal out, the first of many for the next couple days, at Restaurant Julien in the 10th. Julien is owned by Flo Brasserie that has tons of branded brasseries around town. Julien is rather traditional and ornate in decor inside with it's stained glass ceilings and chandaliers. Apparently the food is consistently good. 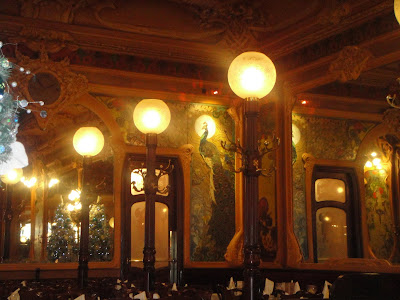 Although it looked fancy, the service was good for Paris standards and not too snooty. 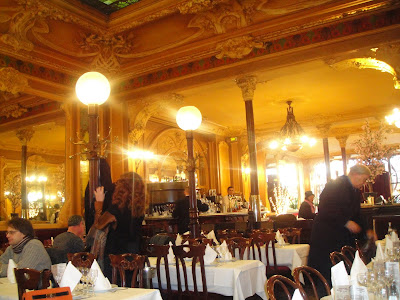 They offer a three course prix fixe lunch for Euro 27.50 but we decided on ala carte because the items we wanted were not on the prix fixe; I wasn't feeling the tartare or salmon. Main courses were in the high 20-30s euro. They offer a lot of fish and meat dishes but unfortunately did not have the goose cassolet which is one of their specialties. 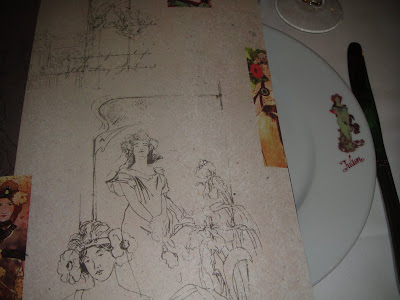 Love their signature plates with their logo embossed. 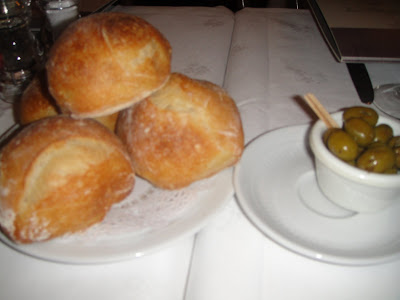 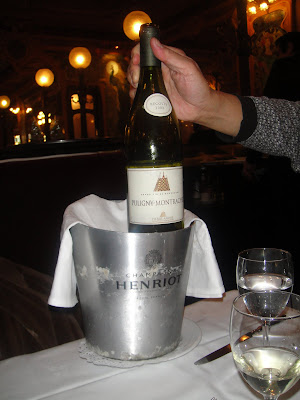 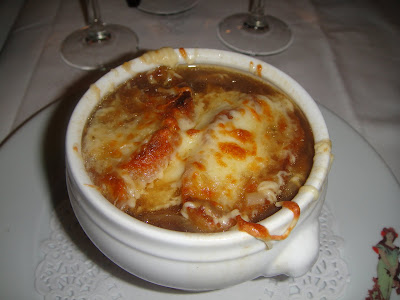 French Onion Soup
Flavorful broth with ample sauteed onions and toasts submerged in broth and covered with cheese. Unfortunately, the cheese was a bit strong for me and was not gruyere (unlike the American version). 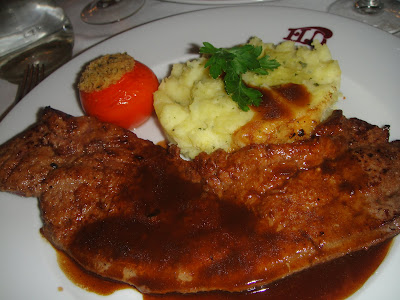 Veal liver, with balsamic vinegar and mash potatoes
The veal liver was a large portion and cooked perfectly (medium rare). It was tender and had that liver flavor but not too pungent. 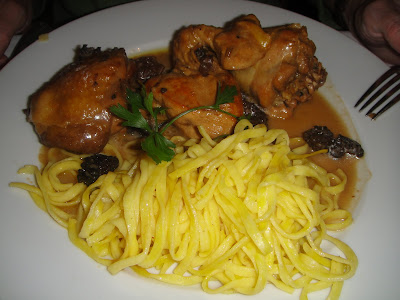 Chapon with morel cream with pasta
Chapon is a castrated chicken. It's supposed to be extremely tender but to be honest with you, I've had more tender chicken (like the homemade roast chicken from yesterday or the chicken I had at RH at the Andaz back home in LA) so I wonder... is the castration really necessary?!? 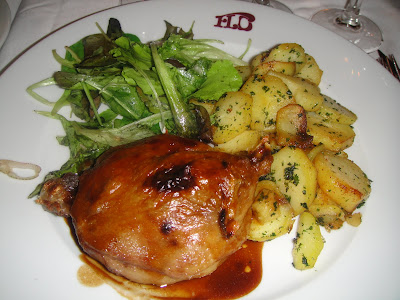 Duck confit
Tender confit leg of a duck. The pieces of meat fell off the bone with one nudge. Now, this was definitely more tender than the chapon and it didn't require castration. 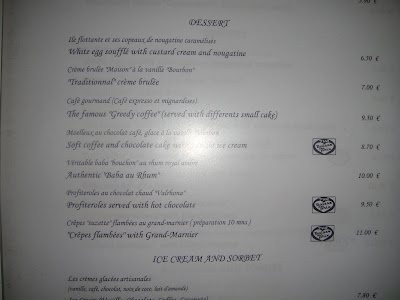 For dessert, we shared two between the four of us. 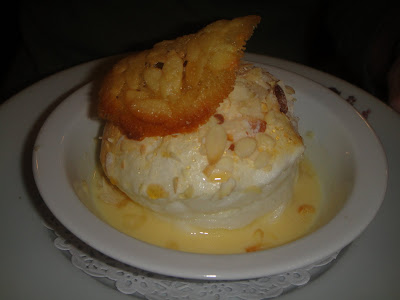 Floating island egg white souffle with shaved almonds, custard cream and nougatine.
It tasted exactly like a meringue but less sweet. The souffle was light and airy and went well with the creamy custard. 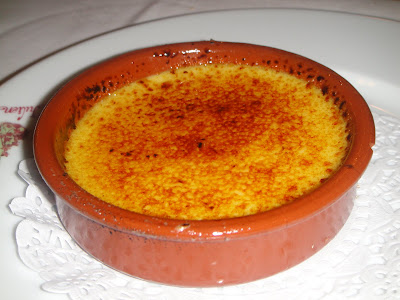 Creme Brulee never fails, especially in France. There will be many more on this trip.
Overall, a good meal but not mind blowing especially in Paris. But it's a good start to the string of restaurants that lie ahead. I hope..

There IS an english word for a castrated chicken. It's Capon.

Thanks Generally, you can be my dictionary since I can't understand any webpages in French ;)