Xmas Thai food in Paris is to Chinese in the US 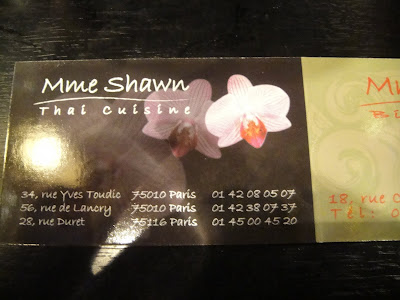 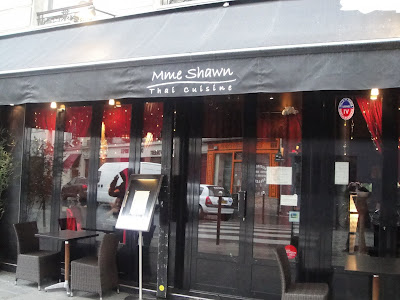 I made it to Paris, thankfully on a non-stop flight that served complimentary alcohol (I like you United miles, but I ain't ever going to fly an American carrier on an international flight if at all possible). I got in Christmas Eve, settled into the apartment, then went in search for some lunch with my parents, sister and her hubby. As you would expect, nothing was open. We walked around the 10th Arrondisement where my sister lives and decided on Thai restaurant Mme Shawn, by the Canal Saint Martin, which my brother in law loves. I know it can't compare to the authentic restaurants in LA but I suppose it's decent for Paris, a city that has its own amazing culture that'd it'd be sacrilege to try anything else. Mme Shawn is not your hole in the wall Asian restaurant, in fact it's pretty modern looking. 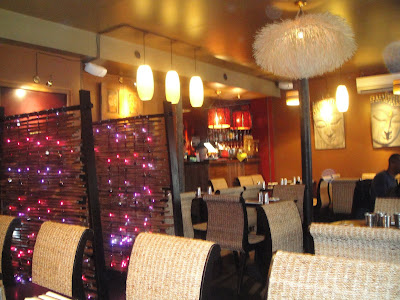 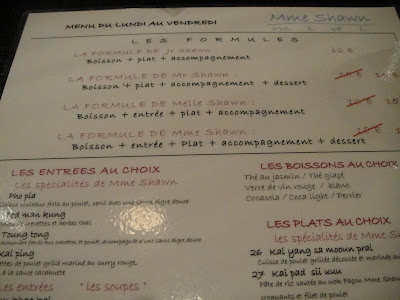 If you aren't aware, France has pretty great lunch specials, typically prix fixe. Mme Shawn offers various lunch combination options, with or without starters or dessert. The prix fixe menu that we decided on included a choice of entree, accompaniment, plat and drink, and yes ladies and gents, we are in Paris so that drink can include wine! 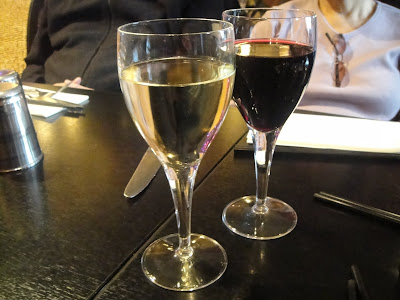 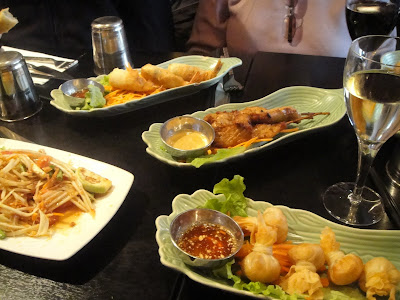 Entree in the States means the main course. In France, it means the starter. The entree portions were fairly large at the restaurant. 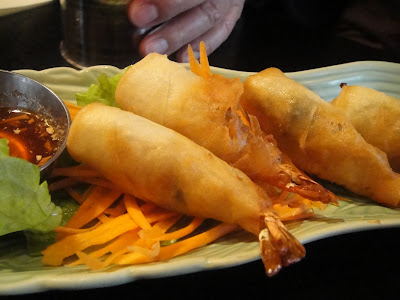 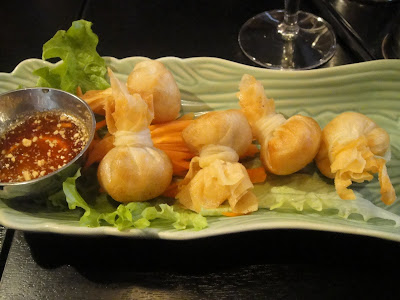 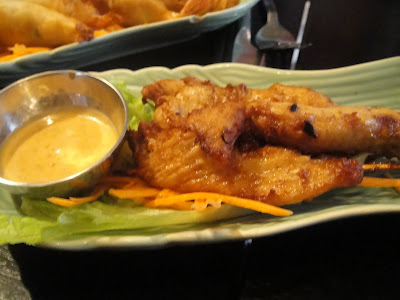 Brochette de poulet or chicken satay as we know it
Served with peanut sauce. It was alright, I've had more tender skewers before at a Thai restaurant. 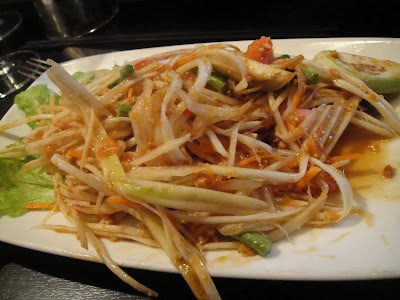 Papaya salad
It had the right flavors but probably needed a bit more heat. 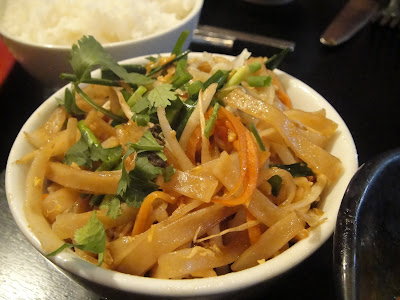 I went for the noodles which were stir fried with vegetables. 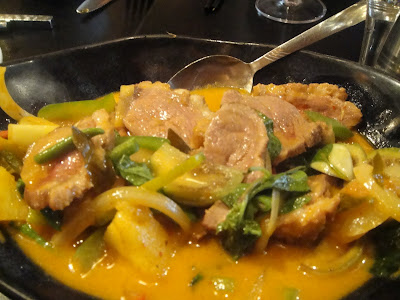 Magret de canard with red curry and Thai basil
We had actually ordered beef curry but this was served to us instead. Definitely not going to complain. The duck was perfectly cooked and was tender. It was still pink in the center when it was served. 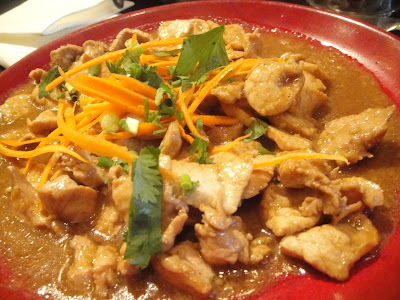 Pork sauteed with garlic
My brother in law loved this because it had intense garlic flavors. 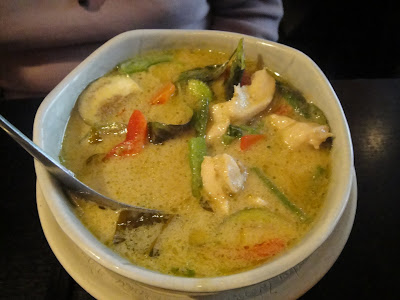 Chicken in green curry
Another favorite. The curry sauce was more like a spicy broth than thick sauce. 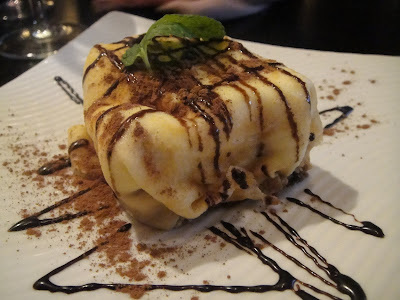 We ended with a Tiramisu. They added a French twist by wrapping the tiramisu with crepe which I thought was a bit unnecessary as the texture was odd and a little starchy.

Overall, a good flavorful meal at a good price for the amount of food that we got at Euros 15 each. I'd say it was good if I didn't live in the ethnic melting pot that is LA. But hey, if eating Chinese food around Christmas works for Americans, I can see how Thai would work for the French.