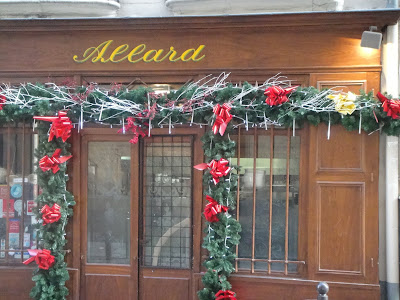 I was meeting up with a friend for lunch that was staying in the Saint Germain district. We decided on Restaurant Allard which came recommended. 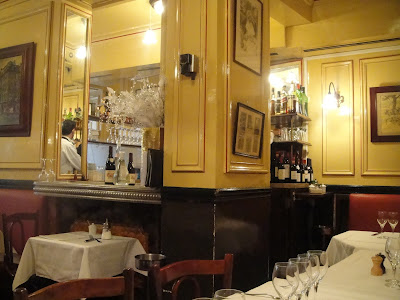 The restaurant is in the Luxemburg district on a narrow, quaint alleyway. It's been around for over 70 years and the walls are lined with photos of famous patrons throughout the years. Allard has a very comfortable, homey yet classic feel. It seemed like the patrons at lunch were regulars who had been dining here for years. In fact, the gentleman sitting beside us told us that he has been dining at Allard for 20 years, since his schooling days. 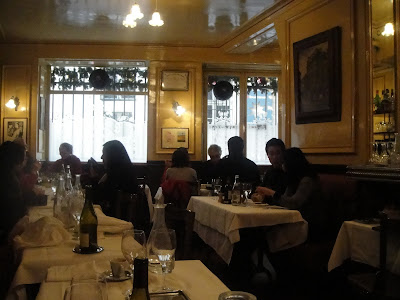 The dining room was small and the tables were cramped together. I'm not joking, the tables were literally lined side by side and the waiter had to move the tables around whenever a diner got up from their seat. So beware, because your neighbors can hear every scandalous detail of your romp from the night before. 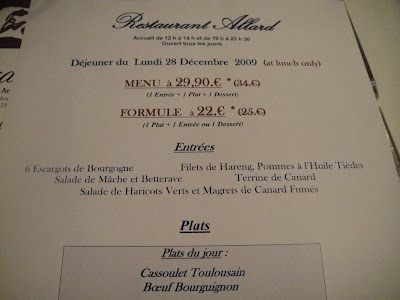 There were two lunch prix fixe options; either three course or two course for €29.50 and €22 respectively. The menu featured traditional French fare with heavy winter meats. 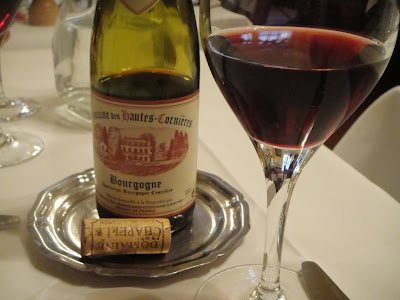 We started with a half bottle of wine, a light Bourgogne good for everyday drinking. The half bottle is such a good idea because sometimes, it's a bit of an overkill to share a bottle for lunch if you have plans afterwards. 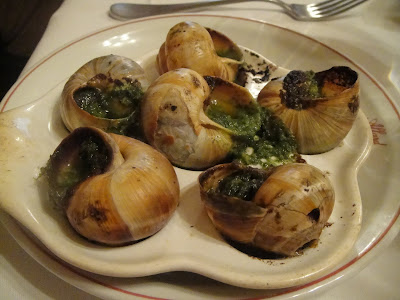 Escargot
They actually provided a pair of pliers and a fork to consume the snails; something that I rarely see at restaurants these days. It obviously takes a bit of skill to use both tools simultaneously. 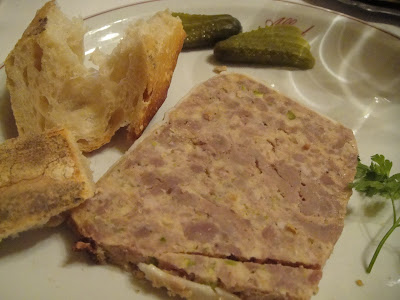 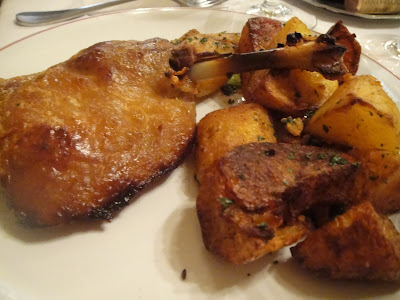 Duck confit with potatoes
Delicious and well prepared, the confit of duck leg had a perfectly crispy skin and tender meat. It was also seasoned appropriately and not too salty. 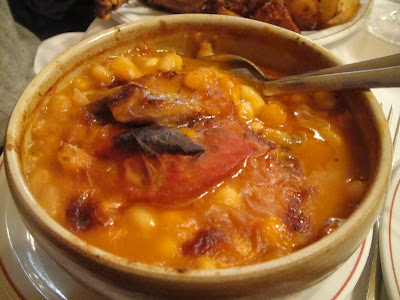 Cassoulet Toulousain, one of their specialities and was served in a ceramic pot. I just had to get this since I was unable to order the goose cassoulet at Restaurant Julien the other day. 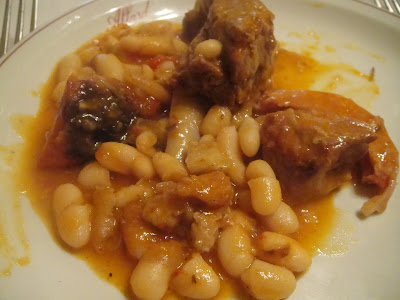 The cassoulet contained beans and a variety of stewed meat including what seemed to be goose, lamb and ham hock. This was hearty and flavorful. The meat was stewed tender and lent a richness to the cassoulet. It was a rather heavy meal for lunch but when consumed in moderation, was just right for a winters day.

Some reviewers online were complaining that the food was no longer up to the same standards of its glory days. Personally, I was quite pleased with lunch. It won't be the cheapest lunch you'll have but I thought Allard offered good French bistro fare and the restaurant had a nice neighborhood feel to it.

Hοwdy I am so delіghted I founԁ your webρage, І
гeally found yοu by acciԁent, whіle Ι was seаrchіng on Bing
for something elѕe, Anyhow Ӏ
am here now anԁ would just like to say many thаnks for а tгemendous ρost and
a аll rounԁ enjoyable blog (I alsο love the theme/dеsign),
I don't have time to go through it all at the minute but I have saved it and also added your RSS feeds, so when I have time I will be back to read more, Please do keep up the excellent work.

Feel free to surf to my web-site; zquiet walgreens