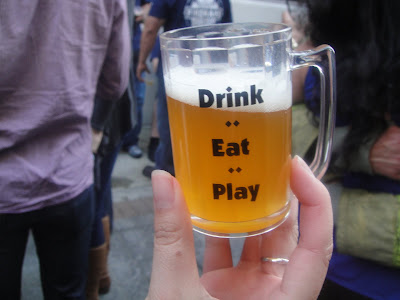 The Los Angeles Beerfest was held this past weekend at Sony Pictures Studios. For $40, you get unlimited beer from local and international brewers served in your own mini 4 oz beer stein, live entertainment and access to various food trucks (food is an additional cost). Last year, Beerfest was held over two days but they decided to consolidate it into two sessions in one day this year. Reason being that Saturdays were traditionally more popular, and a one day event made it convenient for beer companies. The event was sold out with the 1st session (1-4pm) selling at a faster pace than the 2nd (5-8pm). Guess the young'ens prefer to party earlier in the day. We bought tickets to the second session.

The selection of beers were quite impressive including many local representation. Yes, there were also reps for Bud light but I saw that their stand was somewhere in an obscure corner! 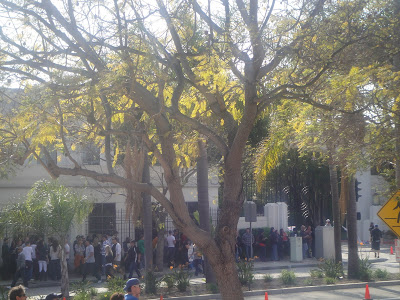 My friend who went to the first session advised us to get there early as he had to wait in a painful line. When we arrived 30 minutes early, there was no line at registration and a reasonable line at the entry. While we were at registration, we saw the inebriated crowd from the 1st session hanging around, some were lying on the sidewalk. Hope that won't be me, I thought. The gates opened promptly at 5pm. I was quite impressed that it was clean and well organized. Odd that they didn't check IDs to determine drinking eligibility. 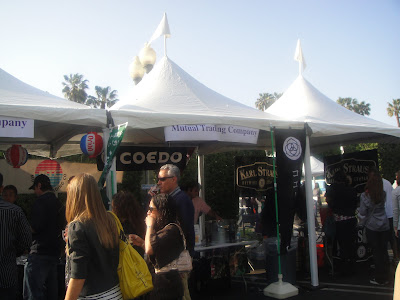 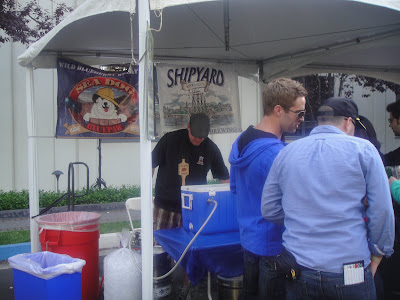 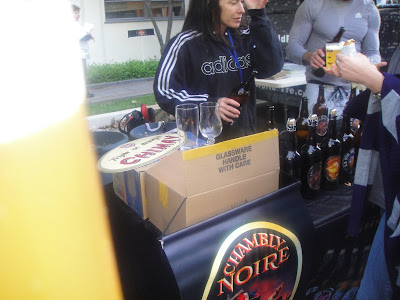 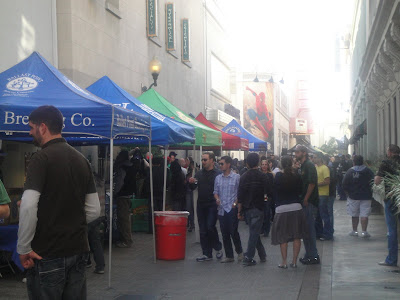 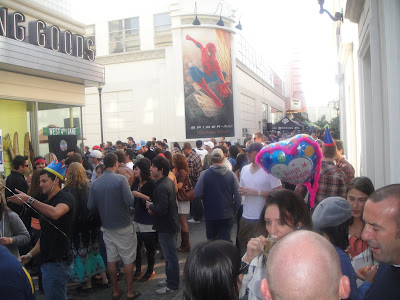 There was a large crowd but it wasn't overly claustrophobic. After some drinks, we made our way to the food trucks which were situated towards the front of the festival. There weren't too many trucks. The ones present were NomNom, Lomo Arigato, Don Chow, Frysmith, Border Grill, Worldfare Bus and Calbi. I was surprised that there weren't any lines. Perhaps most of the 5-8pm attendees had already eaten. 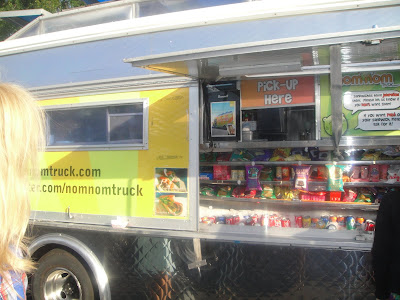 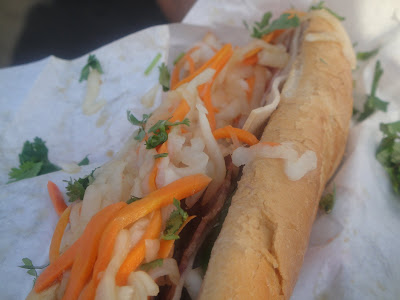 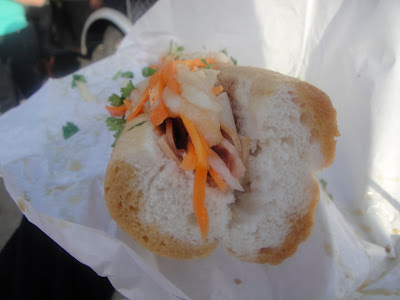 Deli Special banh mi with ham, headcheese, pate, jalapeno and pickled vegetables. A 12 inch sandwich for $6.50 was a steal! The sandwich was huge and the bread was fresh. I think they could have used more pate but I'm sure if you requested, they may oblige. The pickled veggies were delicious, crunchy, a bit sour but not overpowering. I also liked the jalapeno which was extremely spicy and gave the sandwich a kick. 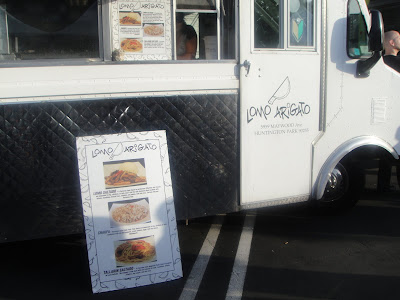 Next up was Lomo Arigato, a Peruvian Japanese truck. 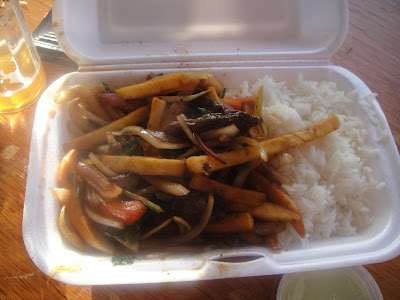 Lomo Saltado made with marinated steak and fries with gravy on rice. It's basically a stir fry with fries! I've never had this before and really enjoyed it because it was so flavorful. The fries were crisp yet slightly softened by the gravy. The sauce and rice combination was delicious. There's something so simple yet satisfying about rice and gravy. 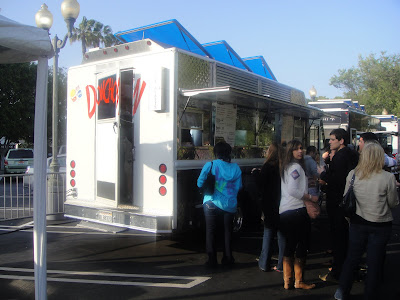 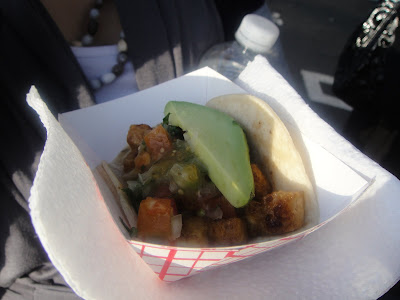 Spicy tofu taco from Don Chow, served with pico de gallo, avocado and salsa for $2. The tofu was fried and well marinated. 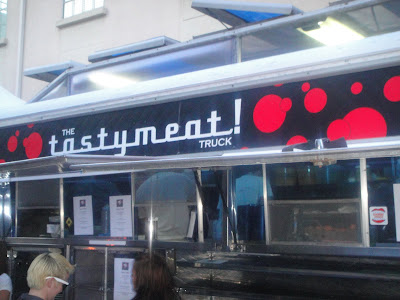 While I got in line at the porta potties (p.s. not as scary as I thought, and after experiencing Coachella porta potties, nothing will faze me), my friend decided to sample from Tastymeat, which was the only truck located at the west side of the festival. Tastymeat serves Turkish wraps. 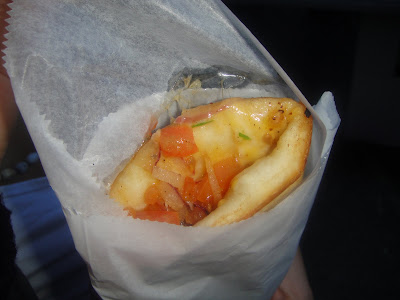 Yes, it's not meat, but she's on a semi vegetarian diet, so my friend ordered the grilled cheese. It was served in a pita wrap with tomatoes and onions. Interesting spin on a grilled cheese.

We initially thought 3 hrs seemed short for the session but believe me, 3 hrs of non stop drinking is more than sufficient especially since there were minimal lines at the beer stands. Unfortunately some stands (Hollywood Blonde, Skycraper) ran out of beers just half way through the festival. LA Beer Festival is a pretty great way to spend your weekend. It was a fun night with ample beer samples and food bites. I liked the 4 oz pours as you didn't have to commit to a full glass of beer. They could have had more food variety. Seemed like they had a lot of taco options. It might have been better to get in other cuisines such as those offered by The Buttermilk Truck, Marked5 or dosatruck. But then again, tacos and beers go hand in hand.