Mo-Chica: A flavor of Peru in Downtown 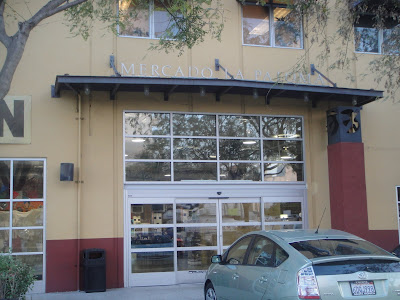 I've been meaning to hit up Mo-Chica after meeting Chef/owner Ricardo Zarate at the Breadbar Hatchi Series with Marcel Vigneron, and because Jonathan Gold declared their ceviche to be the best he's had outside of Lima. 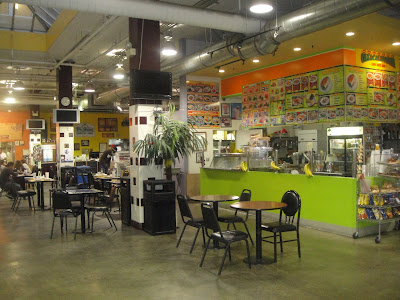 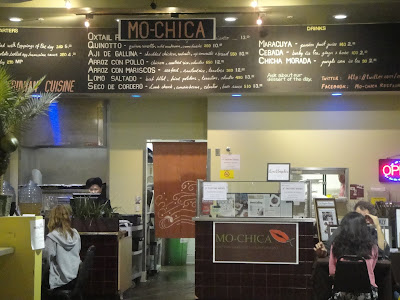 Mo-Chica is located at the Mercado La Paloma (Dove Market) by the USC campus. The market is a community development project that looks just like a mini Farmer's Market. I was glad to see a parking lot because you sure don't wanna park your car on the street in the evening in Downtown. When I first walked into the Mercado, I was surprised to see that it was rather clean. It was also rather dead and empty, not as bustling as the larger mercados that I've visited in Latin and Central America. Like I said, it's the mini version. Mo-Chica's cuisine is Peruvian Japanese fusion. Sounds like a interesting combo but there is a very high Japanese immigrant count in Peru, and a Japanese (Alberto Fujimori) served as president of the country for a decade. Chef Zarate also owns Japanese joint Wabi Sabi in Venice Beach. The staff is mainly Japanese and our waitress had a little trouble understanding English.

Although Mo-Chica is merely a small stand (one of four) in the Mercado, it's gained a lot of buzz in the food community. Just yesterday, EaterLA reported that Zarate is planning to open up a more upscale Peruvian restaurant by LA Live. The menu is simple with a handful of dishes and daily specials. They also offer a tasting menu once a month. The only MAJOR downfall is that they do not serve booze, and it's not a BYOB joint either. 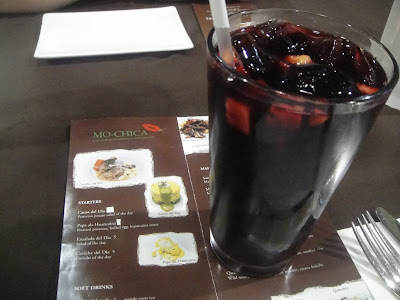 Chica morada which is purple corn ice tea. It was very sweet, perhaps a bit too sweet for my taste. It looked deceiving like a sangria because of its rich color and fruit chunks. Oh what I would give for a sangria right now.. 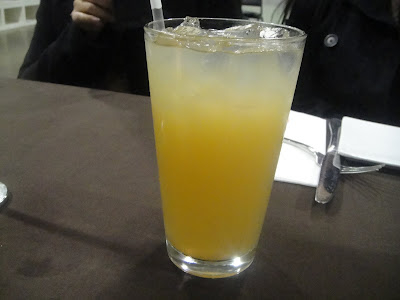 Cebada which is Barley tea with ginger and herbs. 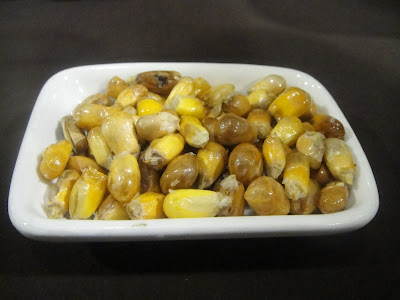 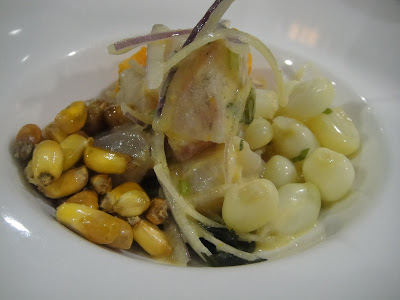 You have to order the ceviche when you dine here. The special of the day ceviche del dia was made with sea bass, seaweed, Peruvian corn and leche de tigre. Fresh chunks of fish were lightly marinated in lime juice and was fresh and tasty. I liked the mutated large Peruvian corn, and the onions which really added a sharp bite to the dish. 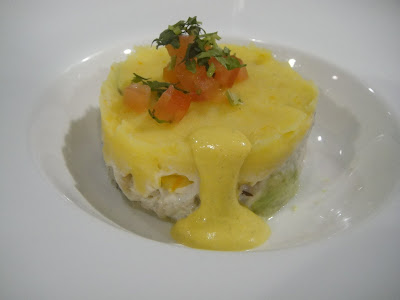 Causa del dia- potato salad with crab and avocado
I was expecting a potato salad that looked like one you would find at a BBQ. This dish was so much more elegant. The mash potato sat atop the mixture of crab. They didn't skimp on the crab and added a bit of spice to it. 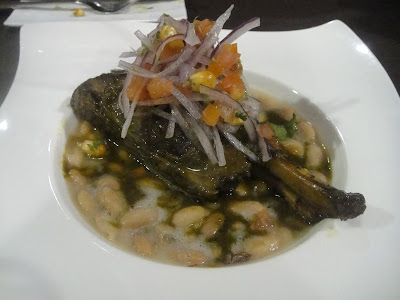 Seco de Cordero- lamb shank in cilantro beer stew, Peruvian canary beans and salsa crilla.
Nice portion of lamb. The part I got was tender and fatty but apparently there was another portion that was tough and drier. What a pity. I also thought there were too many beans. I felt like I was eating a cassoulet without the duck/goose/sausage (yum). The salsa with onions were a nice addition and cut through the heavy meat and sauce. The sauce was delicious. I kept scooping it all over the plain rice and it made me forget for a second that CARBS ARE BAD not! 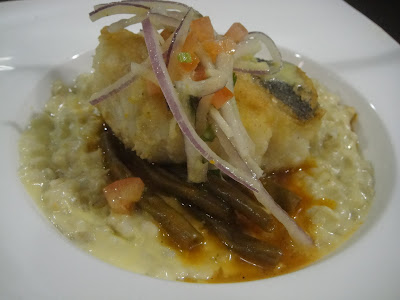 Another special- Lingcod with barley risotto, braised green beans
I liked the way the cod was cooked with a nice crispy skin attached to the meat, however the cod was lacking in seasoning. The braised green beans were salty and had a lot of flavor so perhaps we had to eat it together with the fish. The risotto had an odd taste, perhaps barley does not pair well with Parmesan cheese. 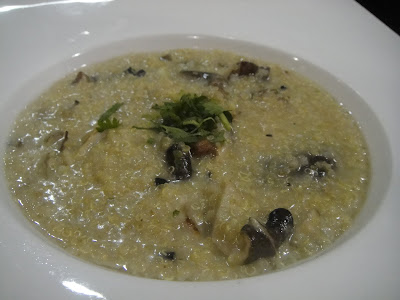 Quinotto - Peruvian quinoa grain, wild mushrooms risotto
I've only had quinoa once (at Akasha) but have been quite intrigued by it lately and have been looking up on some recipes. I really enjoyed the quinotto. It had the richness of a risotto, the flavors were concentrated and there was a generous amount of mushrooms in the dish. I liked the texture of quinoa and that it tasted less starchy than a traditional risotto.

The food was tasty except for the fish dish and a 1/4 of a dry lamb. I liked that the dishes was casual yet modern. The ingredients and preparation were finer than what I had expected. The service was friendly although there was definitely a communication barrier. The Mercardo closes at 8pm on Mondays. No wonder our waitress came by to ask us if we wanted dessert when we were still eating our entrees. Mo-chica is also a great dining deal. The bill totalled $50 including tip for three people (after a 30% Blackboard Eats discount). Even without a discount, the bill would have been less than $70. Mo-Chica is the type of place that you hope succeeds because the food is simple, rustic, exotic yet affordable. In a city where a lot of dinners can cost a minimum of $50 per person, it's refreshing to throw down a $20 and still get change!

Really liked the lamb shank; ours was tender thru-out, and had a bit of marrow. the quinoa risotto was all kinds of foul. The causa, no doubt, was the BEST bargain. Ceviches here continue to dominant my favorites basket. (PS,check your email)

I really need to check this place out - should have gotten that blackboard eats special when I had the chance!

Bummer about the dry lamb/fish. They both look so great in the pictures!

SinoSoul- jealous! Ours didn't have marrow!! yeah the ceviche really was the highlight of dinner, guess J Gold got it right!

Diana- You should still go even sands BBE discount. It's still VERY affordable!

NicolaSigel and Aron Arendt - thanks for stopping by! Hope you'll get a chance to get this spot out.. if you live in LA

oh man i need to eat here. i love a good ceviche!