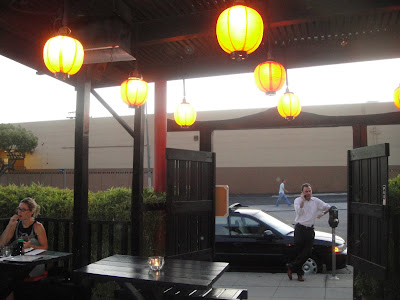 It was the second day in a row that I was attending a concert at the Greek Theatre in Los Feliz. Wednesday was indie bands Phoenix and Metric. Thursday night's was another indie rock band, the Yeah Yeah Yeahs. Because the stack parking at the Greek can really stress you out, I always like the idea of parking at the bottom of the hill and trekking up to the theatre. It's about a 20 minute walk but it's a good way to burn off some calories from your dinner. We decided to grub at San-Sui. San-Sui is a tiny Japanese restaurant with a nice patio area, lit with Asian lanterns. 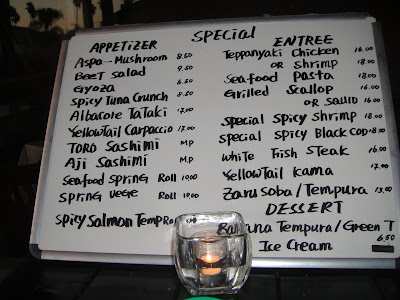 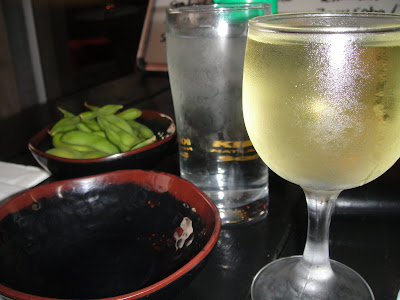 Started with complimentary edamame and a glass of wine. 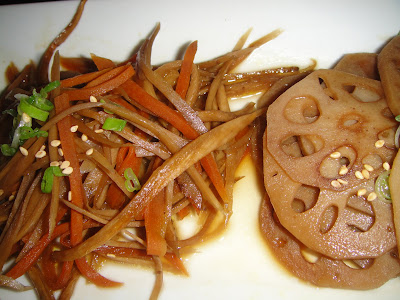 Appetizer of burdock and lotus root. There was a lot of roughage on the plate, in a good way. The roots were earthy and had a nutty flavor from the sesame oil. 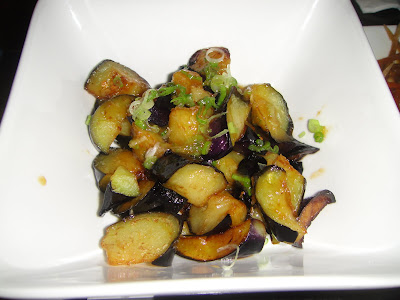 Deep fried eggplant in miso sauce. This was served hot and seemed to be sauteed instead of deep fried with breading. I really liked this dish: the eggplant had that rich and oily taste, and the miso sauce gave the eggplant a sweet flavor. 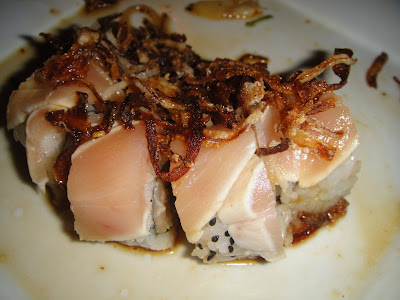 Albacore roll. I'm not a raw sashimi lover but I thought the fish was fresh and I enjoyed it. The crispy onions were delicious as well. 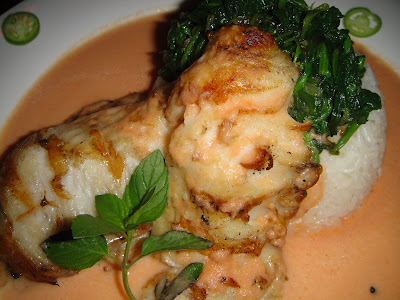 Spicy cod from the specials. The cod was buttery and tender, and there were a few sizable pieces. The sauce was spicy and creamy and when lathered all over the rice, made a really delicious bite. 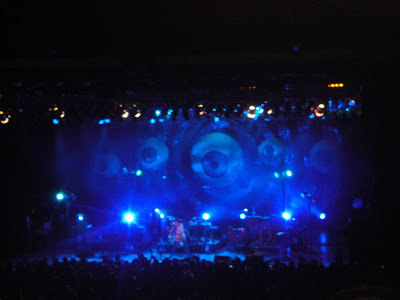 After dinner, we made the walk over to the Greek to catch the Yeah Yeah Yeahs. Frontwoman Karen O was her usual spectacle self, with her outrageous costumes and head gear. The concert was awesome: it was sold out and there was a lot of energy in the audience.