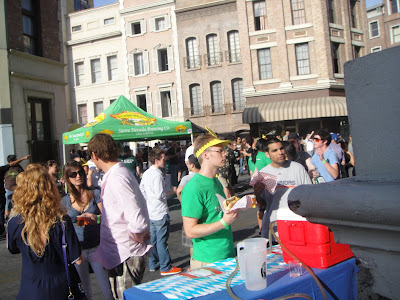 Oktoberfest is an annual festival held in Munich, Germany and celebrates with 16 days of beer, bratwurst and lederhosens. If you don't have the luxury of flying across the Atlantic for this tradition, you can hop on the 101 and head for Hollywood for Septemberfest. This version was held at Paramount Studios' backlot and hosted by event planner DrinkEatPlay. The studio lot is glamorous with its palm tree-lined driveway. The festival was set in the part of the lot known as New York Street because the buildings on the set look like mini replicas of those in New York. The event is by no means trying to replicate Oktoberfest. There was no German food or beer and I didn't hear the chicken dance being played by the band. Instead you will find BBQ fare and American rock music. 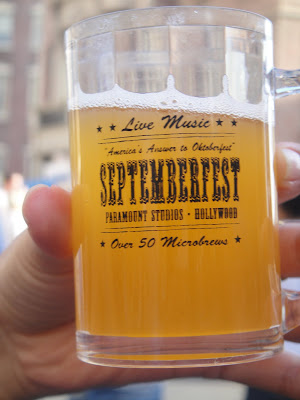 Tickets were $40 if pre-purchased, $50 at the door. However you are able to buy tickets at Goldstar Events for $31. With admission fee, you get a small beer mug and unlimited pours. There are numerous selection of beer; German and non German *gasp*. Brands include Unibroue, Newcastle, Spaten, Pyramid and Strongbow. My favorite was Xingu, a Brazilian black beer that looks like Guinness. It was full bodied and creamy but not bitter.

Apart from beer, there were a few food options: burgers, tacos, roasted corn and the Border Grill food truck. I opted for the corn. Unfortunately, they do not serve any other alcoholic beverage so beer is all you get. 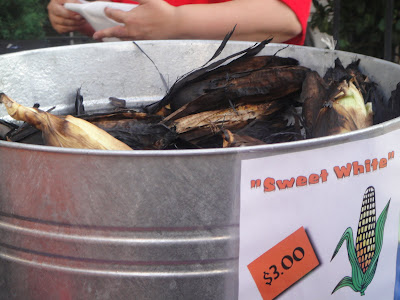 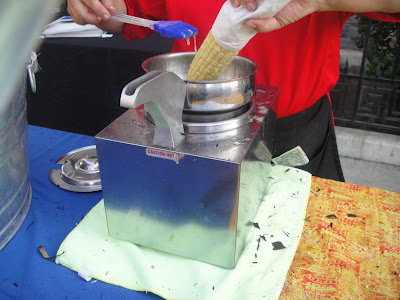 The service was so slow; we waited for 25 minutes! There was a lot of corn that was already roasted and waiting in the tin bucket, but the lady basting the corn with butter was holding the line up. 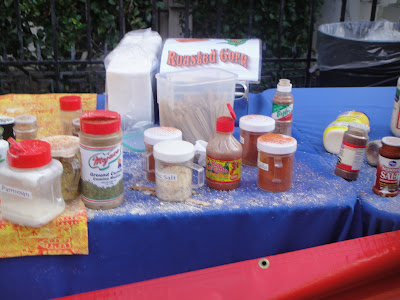 If you weren't too impatient and was lucky enough to receive a corn, there was an array of condiments in a DIY setting. 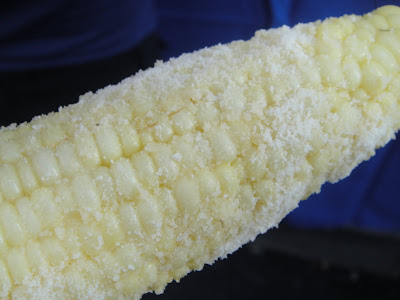 Mine was simple: garlic salt and parmesan cheese. The corn was simple but delicious. 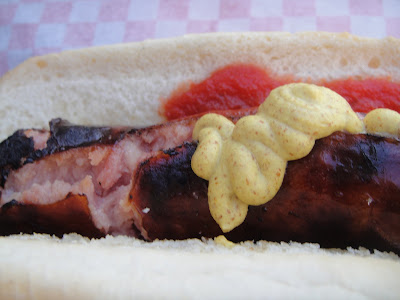 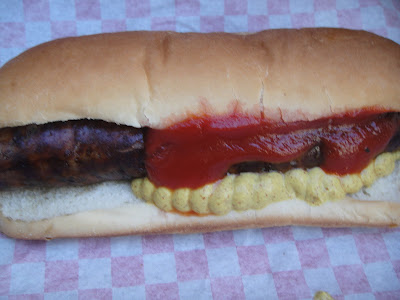 Italian sausage hot dog. The sausage was a little dry and not as scrumptious as the polish dog. 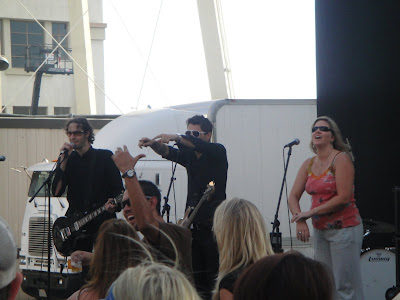 The cover band was great. The music was tight and the band was playing Tom Petty and Johnny Cash songs, which got the crowd to shake and move.

Septemberfest is a one-day event that is great if you were looking for something fun to do this weekend. They should probably expand it so that the festival spans for a couple weekends. I know I'll be down for going again.